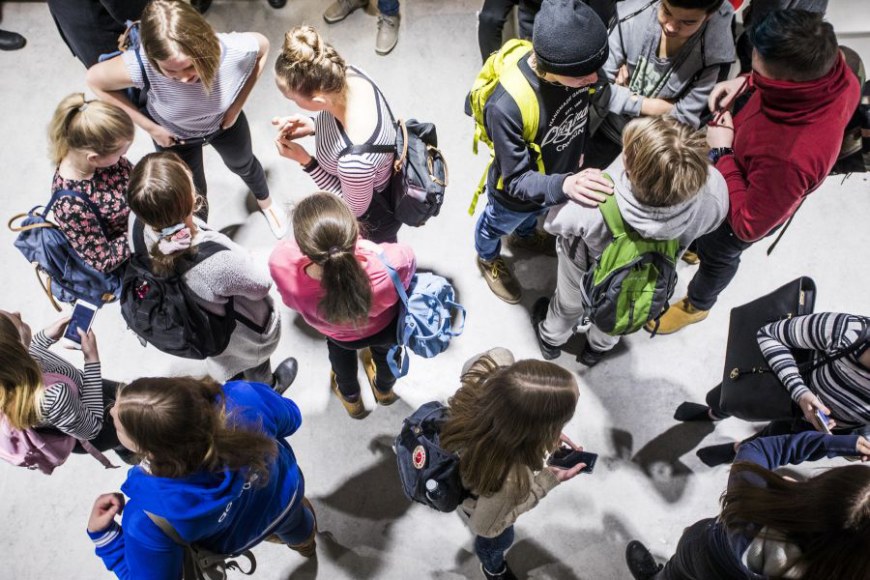 Teachers are required to have empathy, an understanding of group dynamics, and good interaction skills in order to recognise and prevent bullying. However, teachers cannot simultaneously be teachers, psychologists, social workers and police officers, says Professor of Education Marita Mäkinen.

Statistics show that bullying has decreased at schools in the past few years. The KiVa Anti-Bullying Programme for schools, developed at the University of Turku and implemented in over 900 schools, is particularly commended for this trend.

However, cautious estimates still show that, on average, one in ten children or young people are regularly bullied at school. In some schools, the figure is much higher.

Reality can be worse than statistics, for example, because social media has created new forms of bullying that are often hidden from teachers and parents.

“The general expert view both in Finland and internationally is that bullying has increased,” says Marita Mäkinen, Professor of Education and Vice-Dean from the Faculty of Education and Culture at Tampere University.

“In a recent international study, up to half of the parents felt that their child had been bullied at school and was afraid of some of their classmates,” Mäkinen continues.

In the 1990s, school bullying first began to be studied and money was allocated to its prevention. Today, schools have a wide range of measures to prevent bullying.

“Those measures include supporting the pupils’ activities and improving the monitoring of breaks. Increasingly many cases of bullying are solved by peer mediation involving both the bully and the bullied pupil, and preferably both sets of parents,” Mäkinen says.

According to Mäkinen, it is important that this topic is actively discussed at schools with teachers, pupils and parents.

“Schools must have clear policies and common rules that are known to both staff and pupils. No blind eye should be turned at any type of bullying,” Miettinen mentions.

The KiVa Anti-Bullying Programme helps in the creation of coherent policies by offering school personnel information on bullying and the ways to tackle it. The aim of the programme is also to commit all school staff members to anti-bullying.

KiVa Schools participating in the programme are focused particularly on the prevention of bullying, among other things, through improving the interaction skills of teachers and pupils. Bullying is regularly discussed with pupils, and lessons and theme days are organised.

The programme has been widely praised. It has also gained international fame and is part of many Finnish education export projects.

However, the programme has been criticised for the neglect and bullying that has been revealed in some participating schools.

“This proves once more that no package or programme in itself creates a safe learning environment. That is done by communities and people, and their ways of working,” Mäkinen says.

Educating teachers includes many statutory aspects that must fit into the degree programme. However, Mäkinen believes that in addition to subject-matter teaching, teaching practice, assessment skills, and other content directly related to a teacher’s professional skills, emotional and interactional skills should also be studied.

“The most important characteristic of a teacher in preventing bullying is understanding group dynamics and empathy. The more a school invests in social relationships, the less bullying will occur,” Mäkinen points out.

The aptitude section in the entrance examination to teacher training already measures the applicant’s empathy, but, in the actual studies, emotional skills may be overlooked. According to Mäkinen, teaching practice would be a great place for students to get a practical feel for emotional skills.

“In the classroom situation, students absorb much more than the content of the subject being studied. The teacher should also be able to strengthen the pupils’ feelings of community and the students’ own empathy,” Mäkinen adds.

“Strict emphasis on learning the subject matter, success and results creates a fertile ground for bullying. Teachers must be able to see and help others to see the valuable person behind the knowledge and skills that are being assessed,” Mäkinen says.

In order to prevent bullying and in the organisation of school activities more generally, it is important to understand that teachers cannot be teachers, psychologists, social workers and police officers at the same time. Schools need multi-professional teams to solve the problems that occur in their community.

According to Mäkinen, Tampere University could be the expert body that starts to demand that school staff have a more comprehensive professional profile.  She also thinks that it would be a good idea to include practising multi-professional co-operation in the curriculum of teacher training.

“My eyes brighten every time I hear that there is another adult in the classroom in addition to the teacher. Depending on the situation and the group being taught, the subject or class teacher may be paired with, for example, a teaching assistant, a special education teacher or a youth worker,” Mäkinen says.

“Multi-professional co-operation is often also needed to address cases of bullying. In such cases, a special education teacher, a nurse, a school social worker and a school psychologist often play an important role,” Mäkinen explains. In some cases, the assistance of a social worker or family worker may also be necessary.

Political and other public debate often highlight the size of the teaching groups. Many teachers think that too large class sizes prevent the teachers from paying sufficient attention to the events in the classroom. In this way, discrimination, bullying, or pupils’ other bad feelings may go unnoticed.

However, Mäkinen does not think that a small group would automatically help.

“If the teaching method is only chalk talk and if the teacher is unable to read his or her students, their special needs and the group dynamics, the situation may not improve even if the group size was halved,” Mäkinen points out.

“Of course, group size matters too. It is very hard to avoid difficulties if there are much more than 20 pupils in the class,” she says.

Municipalities made liable for compensation?

There are many forms of bullying at school. It ranges from being excluded from the group and being called names to severe physical violence. Bullying often has long-lasting effects on the bullied person’s life and can lead to serious illness or even suicide.

Bullying can be entirely overlooked or downplayed by school staff. Surveys have shown that sometimes the bullied pupil’s story of being bullied is not believed or the bullied pupil is accused, for example, of provocation. In the worst cases, also teachers participate in bullying.

The Basic Education Act decrees that pupils have the right to a safe learning environment. Safety refers to both physical and psychological safety. The law obliges schools to draw up a plan to prevent and deal with bullying. However, Finnish legislation does not stipulate more closely by whom, how and when bullying has to be sorted out.

The Swedish legislation on education is more specific in this respect. The Skolinspektionen, a special school inspection authority, supervises Swedish schools.

In Sweden, a municipality may be liable for damages if, once bullying has become known, the matter has not been immediately investigated and sufficient measures taken to stop the bullying. Teachers and headmasters also have statutory responsibilities. In Sweden, the Child and School Student Representative BEO can go to court on behalf of a bullied pupil and take legal action for the damages.

Finland does not have a comparable organ to BEO. The guardian has to complain to the Regional State Administrative Agency or eg the Parliamentary Ombudsman, about bullying. The guardian may also take action for the damages caused by bullying, but the chances of winning the court case are slim.

According to Mäkinen, Finland also needs clearer policies for dealing with schools’ negligence in these situations.

“It sounds quite awful that the guardian has to complain to the Regional State Administrative Agency. However, bullying is an offence comparable to a crime and we should have a zero tolerance policy in every school,” Mäkinen says.