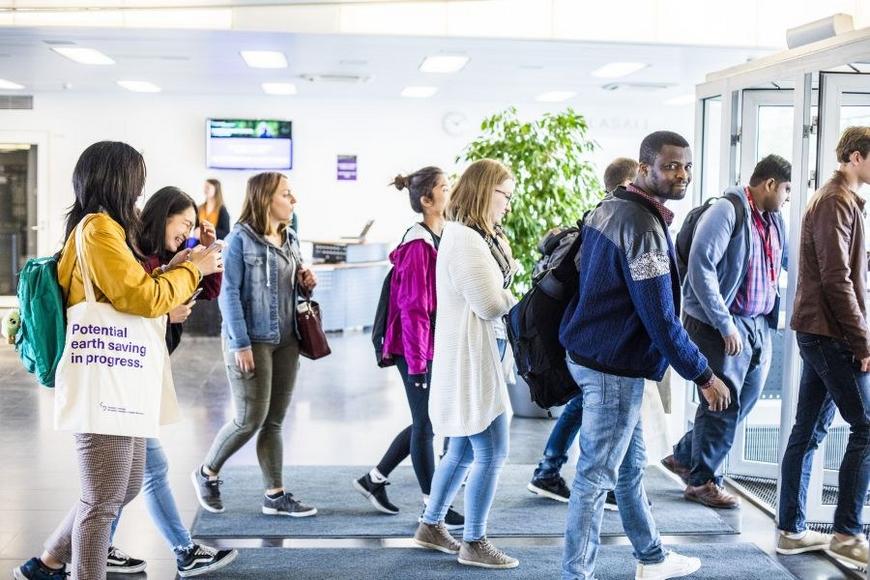 More than 300 students attended the courses offered by Tampere Summer School.
Students could earn up to 10 credits over a period of two weeks.

Tampere Summer School organised a board game night for all summer students last Wednesday in the Alakuppila cafe on the city centre campus. The original plan was to have a picnic, but the event was moved indoors due to rain. The change of plan did not deter the students, as dozens of them showed up.

South Korean Doyeon Kim arrived in Tampere in the summer. He has not yet had time to explore the city that much, but his first impressions have been positive.

“I completed a course titled Dialogy: Constructive Talk at Work. This was the first time I attended a summer school and it was great fun. What has struck me most about Finland and Tampere is the abundance of nature. Here you can see squirrels everywhere, whereas in South Korea you can only see them in the mountains,” Kim says.

Milla Hakomäki started her university studies in Pori and is now working towards her master's degree in Tampere. She attended the course Nordic Welfare at the summer school.

“I enjoyed the summer school. The mode of study was quite different from my regular studies,” Hakomäki says.

Lapo Moriani and Nevio Racca hail from Italy. Racca, who has lived in Tampere for a full academic year, chose Finland as his study abroad destination for geographical reasons.

“This was the furthest place from my native Italy that I could go to as an Erasmus student”, Racca laughs.

The completion of Fundamentals of Human-Technology Interaction earned Racca five credits. He also took a Finnish-language course, which was popular among exchange students.

What drew Moriani to Tampere was high-quality education and the Finnish welfare state.

“I am studying international relations and have a keen interest in how the welfare state works. I guess you could say I am a socialist in this respect. I want to get to know the Nordic countries and the Finnish model of society,” Moriani explains.

Tampere Summer School is jointly organised by Tampere University and Tampere University of Applied Sciences. The courses offered by the international summer school are drawn from across both universities.   All the courses, 17 in all, were taught in English.

“Our students had the opportunity to earn up to 10 credits in two weeks. The summer school offered a range of course across a variety of disciplines, such as programming, the Finnish language, social studies, statistics and architecture. We received a great deal of positive feedback from the students,” says Ella Karman, who coordinated the summer school courses.