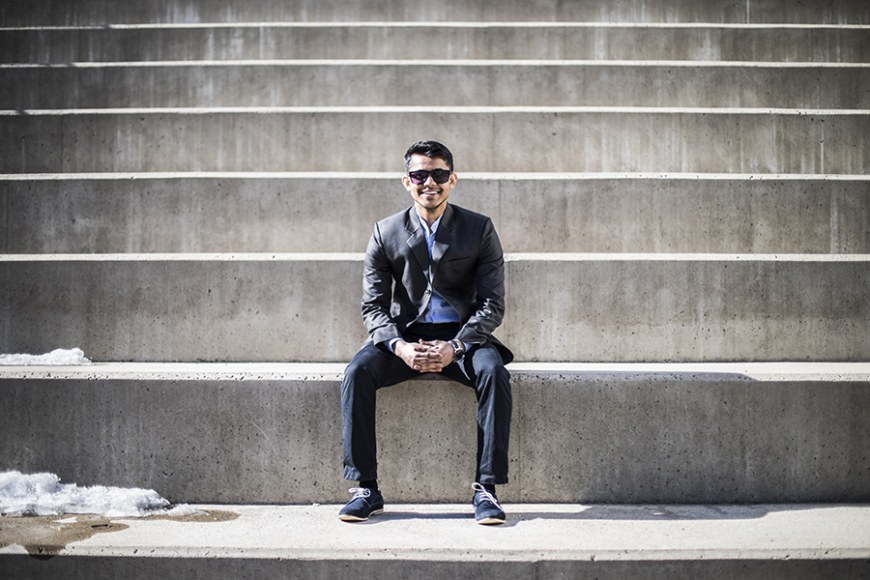 In March 2019, Sah graduated as the first international Bachelor of Science (Technology) from a Finnish university.
Aashish Sah, a Nepalese, is the first student to graduate from an international bachelor’s programme in technology in Finland.

As he was studying in an engineering programme at a Finnish university of applied sciences, Aashish Sah heard about the opportunity to apply to an international bachelor’s degree programme at a university. He did not hesitate with filling in the application forms.

“I decided to apply as soon as I heard about this opportunity. At the time, I didn’t know much about Tampere University of Technology, because it was the first one to offer such a programme in Finland,” Sah says.

Sah was admitted into the programme in 2016. He majored in physics and studied mathematics, signal processing and artificial intelligence as minor subjects. In March 2019, Sah graduated as the first international Bachelor of Science (Technology) from a Finnish university.

Applications to many top universities

Sah is an excellent student with a grade point average of 4.9 out of 5 in the bachelor’s programme. The Photonics Laboratory also hired him as a research assistant in his first year of study.

“My post as a research assistant was the best thing to happen during my studies. In my first year, I did some odd jobs that were hard to do while I was studying full-time. Now I am able to concentrate on both my job and my studies. I also want to thank my supervisor who has been very helpful and enabled combining studies with working,” Sah says.

Sah has already applied to master’s degree programmes in several top universities in the United States. He is interested in MIT, Yale and Columbia, for example.

“If I am admitted into MIT, I will go there, but I have not really thought about this any further. If I cannot get into MIT, I may also continue to study in Tampere.  My final goal is the PhD dissertation; in the future, I want to work in the academia as a researcher and teacher,” Sah says.

In 2016, the International Degree Programme in Science and Engineering, BSc (Tech.) started at what was then known as Tampere University of Technology. In the first round of applications, 20 students were admitted who will graduate in spring 2019. Last year, 26 new students started the programme, and the aim is to increase the number of admissions to 30 in the spring of 2019.

“This has been a really interesting journey,” says Professor Esa Räsänen who has directed the programme from the start.

The purpose of the programme is to provide students with extensive mathematical skills, which they may use widely in their studies on the master’s level.

“Compared to most bachelor’s programmes in technology, our programme goes deeper in mathematics and physics. Our aim has been to offer students broad problem-solving skills, which, combined with studies on the master’s level, will give them openings in demanding expert jobs in the fields of science and technology. We have kept the bar quite high in student admissions,” Räsänen explains.

This spring, Räsänen has written several letters of recommendation on Aashish Sah to top universities.

“We will hear about the admissions decisions in the near future. In the United States, bachelor’s programmes usually take four years and ours is a three-year programme, which may make it harder to gain entry in top universities,” Räsänen notes.

Sah’s alternative is to continue his studies at Tampere University for at least a year.

“When a student is admitted into our bachelor’s programme, they automatically receive the study right to continue on the master’s level until they have earned the Master of Science in Engineering degree,” Räsänen says.

According to Räsänen, the research assistant’s role is an excellent opportunity for students who aim to embark on an academic career.

“Right from the start of their studies, our students have the opportunity to seek intern placements in our research groups. They earn credits by working, and some of them may even get to write research articles,” Räsänen explains.

Last Wednesday, the first graduated bachelor was celebrated on the Hervanta campus.

Students arrive from across the world

Students from approximately 20 countries are currently studying in the bachelor’s programme. Räsänen says that many talented students have been found especially in Vietnam.

“In Vietnam, we have succeeded in marketing our programme in top high schools. We have also presented our programme at Vietnamese educational fairs. Word also gets round when older students tell younger ones about their experiences,” Räsänen says.

Students admitted in the bachelor’s programme also take part in communications in a capacity endorsed by the university. They shoot videos about their studies and experiences, which they share on social media.

An active operating model is the key idea behind the programme.

“The students are active and enthusiastic young people who enjoy being accepted as members of the scientific community. We have also recruited excellent and dedicated teachers who are very good at engaging with the students,” Räsänen says.