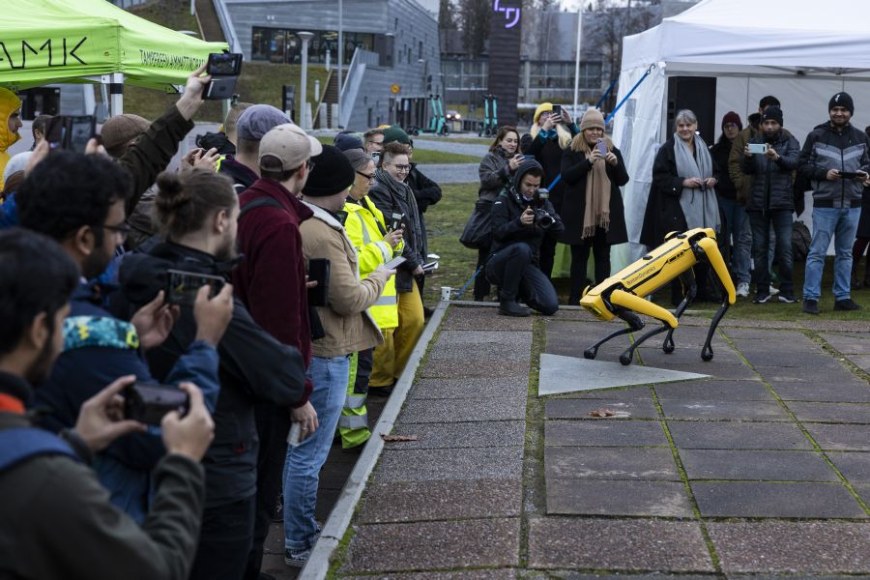 Photo: Jonne Renvall/Tampereen University
The newest member of Tampere Universities community, Tassu the robot dog, has adjusted to the Hervanta campus. Tassu is designed to map terrain, collect data securely and accurately, and, for example, to assist people with minor tasks.

The robot dog was presented to Universities community at the Spot Unveiling event on Friday 28 October 2022. The focus of the event was the naming of Spot and an agility competition, where the team with the smoothest teamwork won. Spot robot dog is designed by robotics company Boston Dynamics.

The event was organised by Robostudio, a multidisciplinary co-learning space led by University Lecturer Aino Ahtinen, the Gamification Group led by Juho Hamari, Professor of Computing Sciences at Tampere University, and AI Hub Tampere, which helps companies in the Tampere region in all AI-related issues. Volunteer Human-Technology Interaction students also worked closely on the event.

The audience at the event included representatives from businesses, students, and staff at the Universities community, as well as interested passers-by.

“Interest in robotics has grown significantly in recent years. There is a tremendous potential of learning with social robots. You can work with robots, for example, on a variety of creative projects and practice teamwork. It would be great if there would be even more new type of collaborations and wild ideas in the future,” Ahtinen says.

UNITE takes Tassu on an expedition into the forest

In the Universities community, Tassu is currently being used in particular in the Academy of Finland Finnish Flagship Programme Forest-Human-Machine Interplay (UNITE) project, which explores the interaction between humans, nature, and robotics.

Tassu is an important research tool for us, since it allows us to explore in depth how the interaction between humans, robots, and nature is building towards both an improved ability to collect data from forests and a deeper relationship between humans and nature,” Hamari says.

Both Ahtinen and Hamari hope that in the future Tassu will also be increasingly used in education. In the User Experience in Robotics course, Spot is already very much part of the teaching. The Universities community members can get to know the robots by appointment in the Robostudio.

The next opportunity to get to know robots will be on Friday 9 December 2022 at 9-12 in Paidia, Nokia Arena, at an open event with student projects, final presentations of the User Experience in Robotics course, and a robot show. 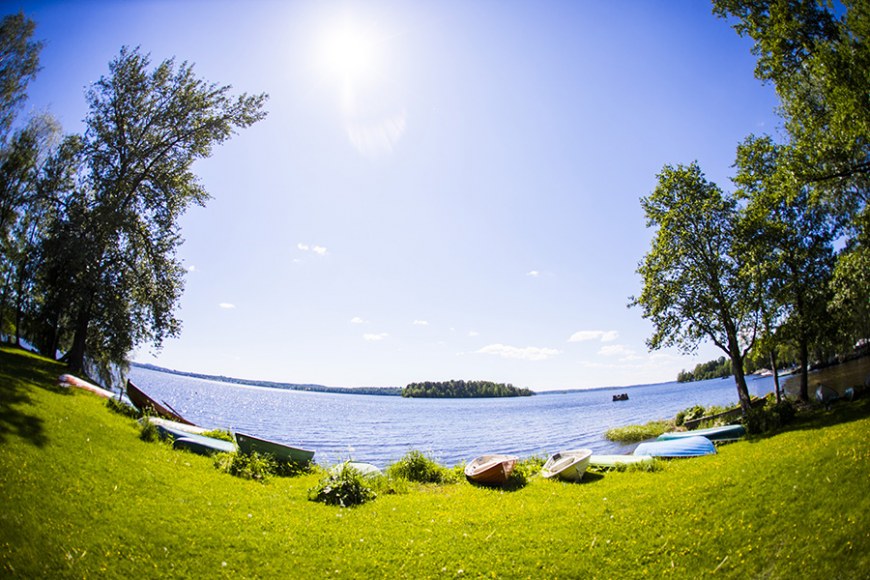