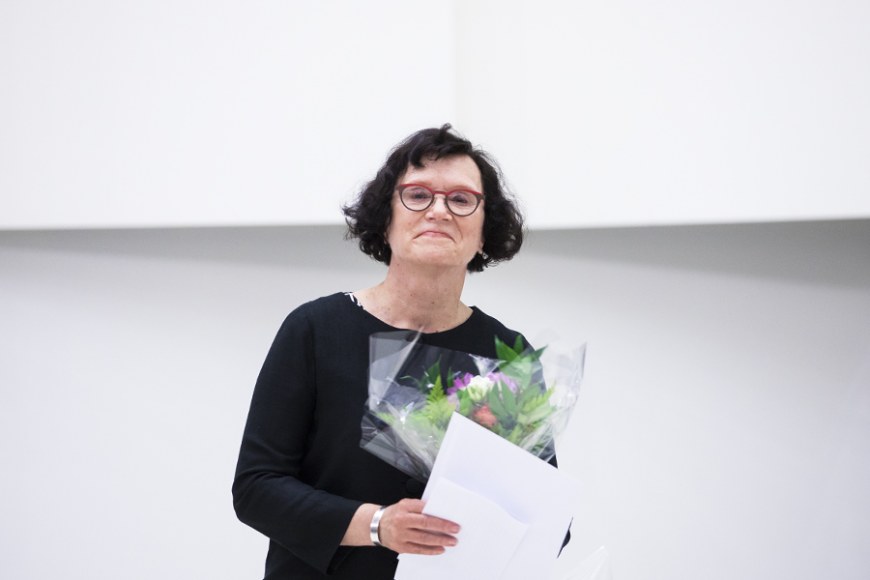 All members of the Universities community were able to propose winners in the category of societal interaction. Many suggestions were received from both community members and faculty councils. The Council for Societal Interaction chose Professor of Gerontology Marja Jylhä as the winner of this year’s award.

“Jylhä's long-term promotion of the status and rights of old people through bold statements and popular communications was highlighted as were her recent merits during the covid-19 epidemic last spring,” says Dean Antti Lönnqvist, chair of the Social Interaction Council.

“I am very delighted and flattered to receive this prize. It is nice to get this feedback on one’s work: to be chosen from among the hundreds of people who would also deserve this prize at Tampere University,” Professor Marja Jylhä says.

“The impact of the university arises from the academic experts we train and the scientific knowledge we produce for society. This applies to all fields: research plays an important role in understanding the world and history, whether it is basic research in the natural sciences, old French or the study of ageing,” Jylhä emphasises.

The research by Jylhä and her research group – among other things on how the need for care and services changes as the population ages or what kind of things older people think makes life worth living – has received much attention. This year, the coronavirus pandemic has further increased the need for information.

“People are interested in my field of research because Finland is the fastest ageing country in Europe where life expectancy is getting longer, and the number of really old people is growing. In a decade, almost a quarter of Finns will be over 65 years old.  Older people also have a wide age range: the youngest are 65 years old and the oldest are 100 years old,” Jylhä says.

At present, among other things, the The Vitality 90+ study (Tervaskannot 90+ in Finnish) and COCTEL project, which is investigating how old people use social and health services in the last year of life, are ongoing.

“We find it important to share our research with the media, the general public, organisations in the field and decision-makers. I say us because when I talk about research on ageing on television, for example, I am by no means alone in producing that information. There are about 15 researchers and postgraduate students in my research group whose diverse expertise makes such time-consuming, challenging and international research possible,” says Jylhä.

Student Union TREY selected the winners of the Teacher of the Year awards (€2.000 each) from suggestions made by students. This year, these awards were granted to University Instructor Hasse Nylund (automation and mechanical engineering, Faculty of Engineering and Natural Sciences), Assistant Professor Maiju Paananen, (early childhood education, Faculty of Education and Culture) and University Lecturer Kirsi Granberg (degree programme in biotechnology, Faculty of Medicine and Health Technology).

The best doctoral dissertations of 2019

In 2019, none of the dissertations at the Faculty of Education and Culture were approved with distinction.