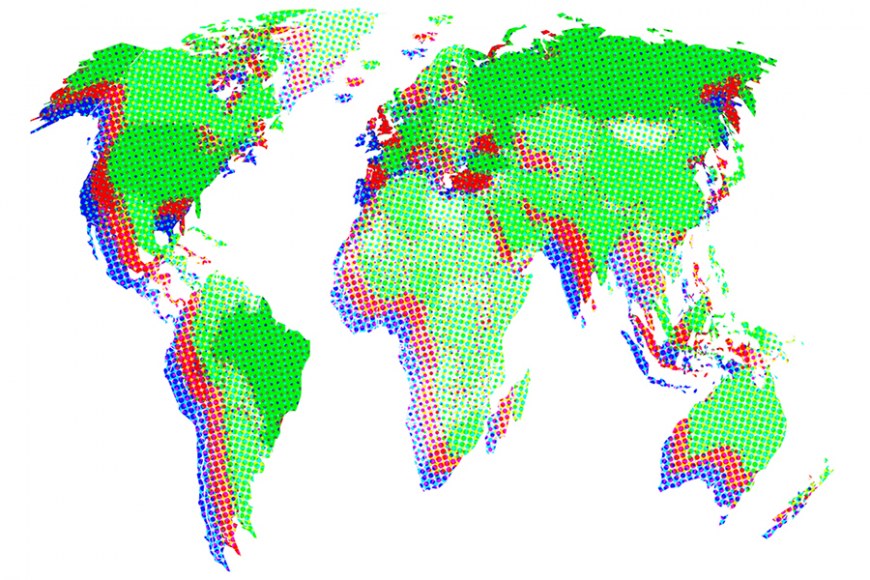 In India and China, a small ecological burden per capita is combined with positive developments in public health, which makes them different from other OECD and BRICS countries.

According to a recent study by researchers at the Faculty of Social Sciences of Tampere University, the examples of India and China show that a good level of public health can be maintained, and health can be promoted even under conditions of lower consumption. This challenges the assumption that promoting public health would require continued consumption-led economic growth.

According to the estimates of the authors of the study Jutta Pulkki, Mikko Perkiö and Lauri Kokkinen, welfare states and low-income countries have the potential to become so-called environmental states that take care of both the environment and public health.

Countries with low ecological burden improved public health the most

The study assessed the development of public health and ecological burden in 33 OECD and BRICS counties for 55 years from 1960 to 2015.

The Organisation for Economic Co-operation and Development (OECD) is a forum of nations established by countries in Europe and North America. BRICS is an acronym that refers to the five major emerging economies of Brazil, Russia, India, China and South Africa.

Together, OECD and BRICS account for 60 percent of the world population and, measured by economic indicators, are the most prosperous and rapidly developing countries in the world.

The purpose of the study was to find if there are countries where life expectancy has increased, or infant mortality declined, while the per capita ecological footprint has stayed at a moderate level or decreased simultaneously.

The results show that the differences between the smallest and largest national ecological footprints were more than tenfold during the investigated period.

The relative increase in life expectancy and decrease in infant mortality have been the highest in countries with lower than average ecological burdens per capita.

India and China are the only sustainably developing countries

According to the study, India and China are the only countries where the annual average of the ecological footprint was at a sustainable level throughout the period under investigation. In addition, the public health of both countries has taken great leaps forward.

The changes have been the biggest in China. In the 1960s, the ecological footprint of China was small and life expectancy increased hugely until it reached the same level as other countries.

Developments in India show that it is possible to reduce infant mortality and increase life expectancy under conditions of sustainable ecological development even more significantly than in North American and European areas, which have a larger ecological footprint per capita.

The group of modest ecological burden also includes South America and Russia, but their public health has not improved significantly. Instead, South Korea has been a resounding success in public health and its ecological footprint is lower than average.

The differences in the relationship between the ecological footprint and public health are significant between countries. The United States causes the greatest environmental burden and its public health achievements are among the weakest.

Finland places a greater burden on the environment than average, but also achieves better-than-average health results. European countries form a cohesive group, as do the United States and Canada. Latin American countries are also close to each other.

In terms of public health and ecological footprint in Europe, North America and Latin America, the changes over the assessment period have been rather small. In terms of ecological burden, they are at different levels, with the United States and Canada being the most burdensome, followed by European and Latin American countries.

Europe and North America managed to reduce their ecological burden from the 1980s to the 2010s. Europe in the 2010s has shown the highest increase in life expectancy. In North America, by contrast, life expectancy declined from the 1980s to the 2010s. In both areas, the relative progress in the survival of children under one year of age declined in the 2010s compared to the 1960s and 1980s.

The research group finds the results promising. They justify the positive interpretation of the development of ecological burden and public health by the fact that the follow-up period was longer than in previous studies.

The researchers also find the situation in Europe and North America hopeful; even though their per capita ecological footprint is still unsustainable they are taking steps in the right direction.

Both welfare states and low-income countries have the potential to become environmental states in a manner that considers both the environment and health.