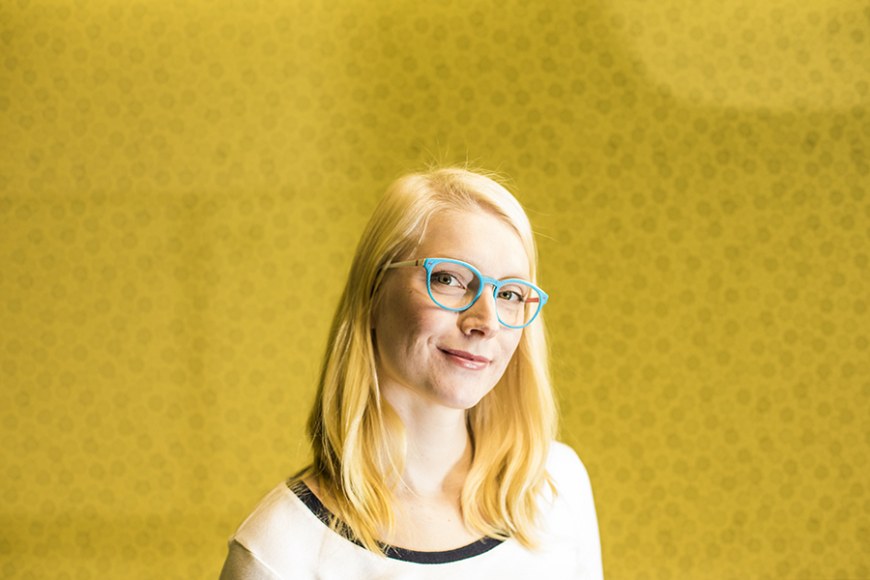 Doctoral Researcher Laura Koivusalo wanted to practice convincing the investors of her future company and decided to take part in pitching competitions. She went on to win her first two competitions organised a week apart in September and is now in Berlin as Finland’s representative in the global Falling Walls pitching competition.

Koivusalo, M.Sc. in engineering, is conducting research for her doctoral thesis on corneal tissue technology in Professor Heli Skottman’s research group at the Faculty of Medicine and Health Technology at Tampere University.

The aim of the research of Skottman’s group is to heal corneal blindness with stem cell transplantation. The group is developing a corneal transplant based on pluripotent stem cells. Stem cells transplanted on a biomaterial membrane continue to grow in the patient’s blind eye and will eventually restore vision.

Koivusalo presents this study in her pitch called “Breaking the Wall of Corneal Blindness”.

“In the competition, I have two and a half minutes to tell the most important things about my research,” Koivusalo says.

She did improvisation theatre as a hobby in her student days, but has practiced and learned her lines by heart so that precious seconds will not be wasted during the pitch.

Koivusalo ended up in Berlin as Finland’s representative after winning the Falling Walls Lab Finland pitching competition, organised by the Technology Academy Finland and Aalto Design Factory. Founded in 2009 to mark the 20th anniversary of the fall of the Berlin Wall, the Falling Walls Foundation is dedicated to promoting research and innovation.

“The second competition I won was organised by BioFinland, which represents the Finnish bioindustry. The prize was getting my photo on the Nasdaq billboard in Times Square, New York,” Koivusalo says.

“One of the judges in this competition said after my pitch that I couldn't be doing it for the first time. I replied that it was my second competition,” Koivusalo grins.

The Berlin competition will have pitchers from a hundred fields across the board. Its winner will also perform at the International Falling Walls Congress held in Berlin in the next days.