Delay in US presidential election results caused concern in Tampere 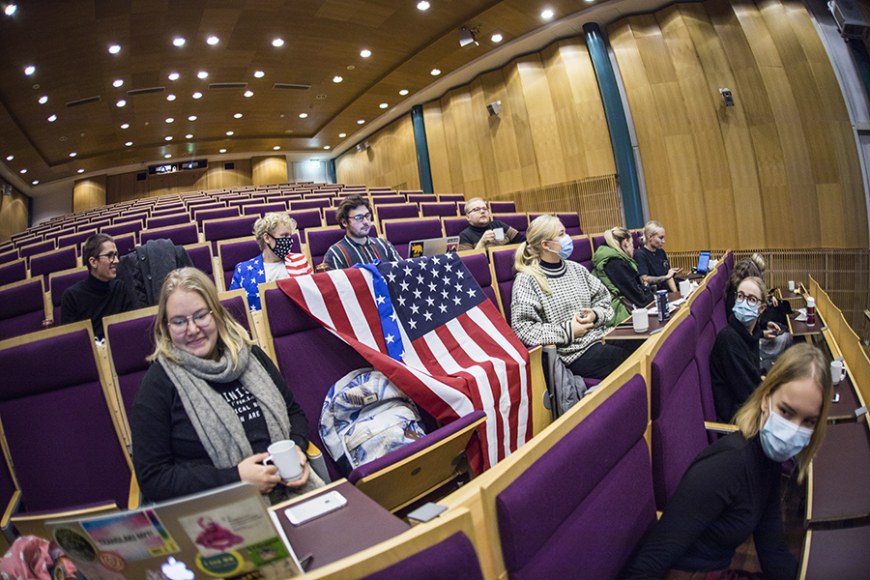 I must say that this is a shock and a surprise to me,” Sieberg said at half past nine in the morning when much of the vote counting was still in progress.

Democrat Joe Biden seemed to be in a clear lead, but Republican Donald Trump hung in with surprisingly much support compared to what the polls had been predicting. At about 9.00, Biden’s lead had shrunk to less than a dozen members of the Electoral College.

Sieberg finds such great support for Trump a strange thing in the face of the problems during his presidency.

“A quarter of a million people have died from Covid-19 and the President has not taken measures to manage the epidemic. Unemployment is also very high now. The Black Lives Matter movement has highlighted problems and many fear that they do not have the same rights as others. I was expecting a little that the result would be different,” Sieberg explains.

Sieberg expected a landslide victory for Biden, but that did not seem to be happening according to the results of vote counting on Wednesday morning

According to Sieberg, Trump’s popularity is not just a matter of ordinary political support. His supporters follow the conservative Fox news channel which favours Trump and sees others as liars, for example, as regards the news coverage on Covid-19.

The ambiguous election result has been feared to cause unrest and even riots. However, there was no such news by Wednesday morning. Sieberg said that she had heard it assessed that there would be no serious unrest despite the delay in the election result.