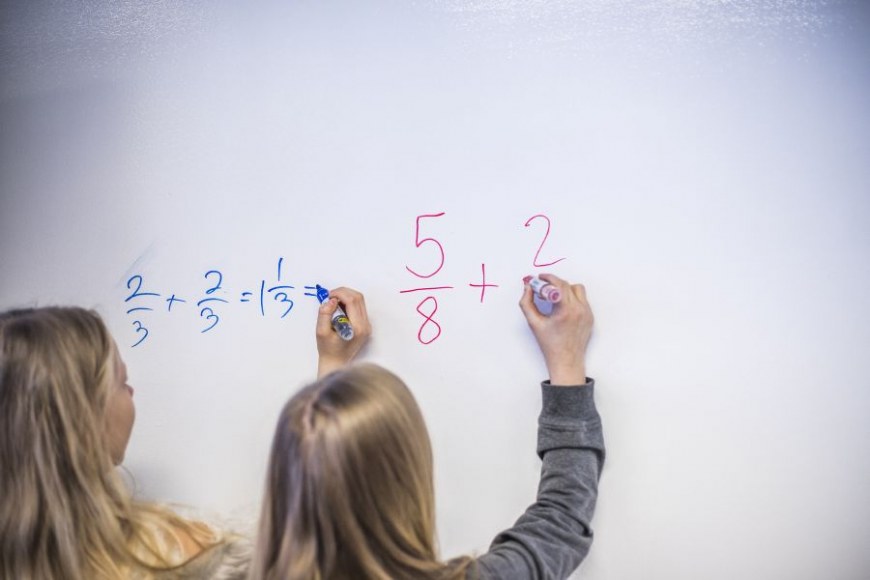 In May, the University of Helsinki and Tampere University launched a study to investigate the effects of the exceptional circumstances on schooling, teaching and well-being. The first results were collected through a nationwide survey during the spring of 2020. According to the first results of the study, the exceptional circumstances during spring challenged students and their guardians as well as school staff in various ways.

The exceptional arrangements for schooling and studying were introduced in Finland on March 18, 2020. With just a few days’ notice, comprehensive schools switched to distance learning.

The upcoming report on schooling and teaching during the exceptional circumstances will present the first results obtained from the data collection and it is only one part of the entire study. Publishing first results is important, as all possible information on spring’s teaching arrangements is needed in preparing for the possible continuation of the exceptional circumstances in the autumn of 2020.

“Despite the fast transition period, distance learning went technically surprisingly well, so if distance learning is realized again, the focus should be on the content of learning and supporting students individually,” say Sanna Oinas, PhD student at the University of Helsinki, and Professor Risto Hotulainen.

In terms of students’ daily life, responses focused on internet usage. As many as a quarter of 7th to 9th grade students and one in ten elementary school students reported having stayed online too late every day or almost every day.

The majority of those who studied at home had eaten a hot meal daily, but only about three-quarters of 7th to 9th grade students had gone out daily or almost daily and two-thirds had exercised for at least half an hour.

Differences in practices between schools were large

The initial results of the study tentatively confirmed the researchers' suspicions that equality in education was not achieved as well during the exceptional period as under normal circumstances.

“About a quarter of teachers and principals and said that the school had jointly decided on looser assessment practices or that student grades should not be lowered, while more than half of the schools did not have such guidelines in place. In every fifth school, assessment practices were not agreed upon at all,” says Mari-Pauliina Vainikainen, Associate Professor at Tampere University.

In most schools, the aim was to arrange teaching according to the school timetable as much as possible, meaning that the teacher was to be regularly available to students. However, as many as one-fifth of 7th to 9th grade students said that video-based teaching had not been provided at all in their mother tongue, mathematics and A1-language courses.

There were also big differences between schools with respect to how schools had been able to provide their students with the digital equipment they needed to study. About a third of parents said family members had taken turns using the equipment.

“It is also worrying from the point of view of achieving equality in education that, according to principals, teachers and parents, support for learning and schooling was provided less than normal,” state Meri Lintuvuori and Ninja Hienonen, who work as researchers at both the Tampere and Helsinki universities.

“In particular, there was considerable variation in parents' responses to the exceptional period, although parents who responded to the survey were normally moderately satisfied with the support their child received.”

The exceptional circumstances challenged schools and teachers in many ways

“Most of the teachers felt that the workload under the exceptional circumstances was higher than under normal circumstances,” say Raisa Ahtiainen, Postdoctoral Researcher at the University of Helsinki, and Lauri Heikonen, PhD student.

Teachers felt that their own digital skills had developed during the exceptional circumstances. With respect to the digital infrastructure, responses revealed that challenges were experienced more often related to students’ than teachers' devices and network connections. Nearly two-thirds of principals reported that at least half of the school’s teachers had reported pedagogical challenges in implementing distance learning.

Nearly all principals reported that their school had provided opportunities for teachers to share experiences of teaching arrangements during the exceptional period. Accordingly, about a third of teachers reported increased cooperation with other teachers.

“During the corona spring, guardians have had to take more responsibility for their children’s schooling than usual. However, the effects of the exceptional circumstances on the activities of guardians have so far been little discussed,” state Arja Rimpelä, Professor of Public Health at Tampere University, and Pirjo Lindfors, University Lecturer.

According to the first results, about half of guardians felt that their stress level had increased due to their child's schooling under the exceptional circumstances and the unusual arrangements related to it. Harmonizing guardian responsibilities and schooling was perceived as challenging.

The initial report (in Finnish) on Helsinki University website