Would you like some Harry Potter photos? Or walk inside your memories? Artificial intelligence and computer vision enable realising funny ideas 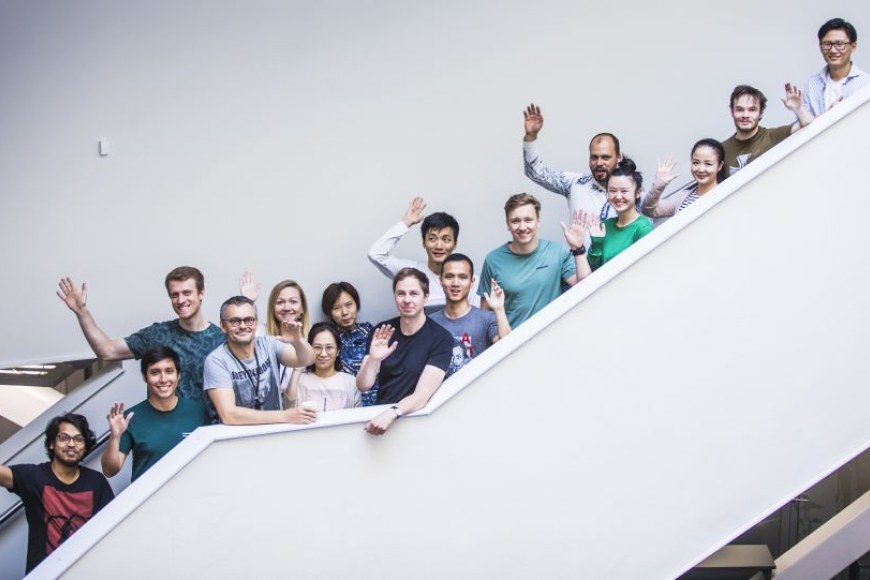 Professors of signal processing Joni Kämäräinen and Esa Rahtu have always believed that the best ideas come from fun and games. According to them, an inspiring work culture that encourages crazy ideas is also the best way to attract top professionals and students.

“We have always believed that if something is fun and difficult, it is definitely worth doing. We both chose a field where we can spend taxpayers’ money in a fun way. It is also a great approach for generating new cool ideas and applications,” Kämäräinen says.

Kämäräinen, Rahtu and their research group are working on artificial intelligence and computer vision. The aim of the study is to develop algorithms that help computers and robots to see as well as humans. Vision is the most important human sense; it is hard to move about or work without it. The ultimate goal of the research is to provide all machines with vision.

In a matter of minutes, Rahtu and Kämäräinen list a large number of applications that need reliable and efficient computer vision. The first, and the most familiar to many today, is self-driving cars.

“There is huge market potential in self-driving cars. All big operators starting from Google are developing their own systems. Finns might not yet fully understand that the winner of this race will take it all. The company that is the first to launch this tool will win big,” Kämäräinen explains.

Cars operating on artificial intelligence need good computer vision. They must measure the distance to other traffic and the environment as well as identify potential risk factors in real time.

Prior to private use, self-driving cars will appear on the streets in the form of transport robots and cars.

“I believe that slow-moving transport robots will be the first self-driving vehicles to arrive in the streets. When the speed is low enough, a robot can safely travel among people in the streets,” Kämäräinen says.

In this academic year, the Hervanta campus will host a competition for self-driving cars. Students will be in charge of programming, and company representatives will also be invited.

In the Harry Potter books and films, the people depicted in photographs are alive and moving inside the photos. Artificial intelligence already makes this idea a reality.

“There is nothing sensational in living photographs. Another application familiar from the world of Harry Potter is a wall clock showing the location of all family members. It would only require GPS and a simple algorithm,” Kämäräinen says.

Computer vision will also help many people with impaired vision. Special glasses that read texts automatically aloud are already marketed. With this technology, a blind person is able to read packaging labels in the food store.

One of the most interesting developments relates to telepresence. The term refers eg to a robot that allows a person to remotely navigate in their home and look around. Telepresence, for example, allows relatives or healthcare workers to stay in touch with an older person living alone.

“It is not necessarily a moving robot, but a set of cameras that can provide a smooth connection to the desired space,” Rahtu says.

One huge development area is in the world of gaming. Augmented reality games are already a daily reality for many digital players, and technological advancement is continuing at a tremendous pace.

In the future, we may also return to our memories in a new way.

“We can use multiple cameras to record, for example, a wedding party or playing with our children. Later, we can return to the memories, move inside them and follow the events from a third-person perspective,” Kämäräinen says.

Both Rahtu and Kämäräinen criticise the Finnish business culture. According to them, companies need to change the way they operate if they want to retain the best talent.

“You can put an average employee out in the wind and he/she is happy if someone pays for it. Unfortunately, many in the Finnish business world think that the boss hires subordinates and makes them jump at will. However, real professionals will not put up with that,” Kämäräinen says.

Rahtu mentions salaries: In Finland, the salary is usually determined based on the employee’s position.

“The salary increases when the employees advance in the corporate ladder. We should change this pattern so that real pros would earn more than their bosses do. This is often the case elsewhere in the world,” Rahtu points out.

Tampere attracts students from across the world

The Computer Vision Group attracts students from across the world.

“Finns are clearly a minority among our students,” Kämäräinen says.

The group currently has students from eg China, Russia, India and Turkey. This popular and exciting field attracts students, and admissions must find the best possible students.

Last year, 150 students were admitted to study information technology at Tampere University. 28 students chose artificial intelligence as their major. According to Kämäräinen, the number will be about 40 this autumn. About fifty students will be enrolled from abroad.

“Let’s just say that if I had to set up a software company with this group, I wouldn’t have to worry about a thing. We really have top people,” Kämäräinen says.

The employment prospects are excellent in the field: according to Rahtu and Kämäräinen, workplaces quickly recruit all graduates; often already during their studies. In the international competition, Finland may lose out when the best professionals choose their jobs.

“We even have some problems to keep the top professionals in Finland,” Rahtu says.