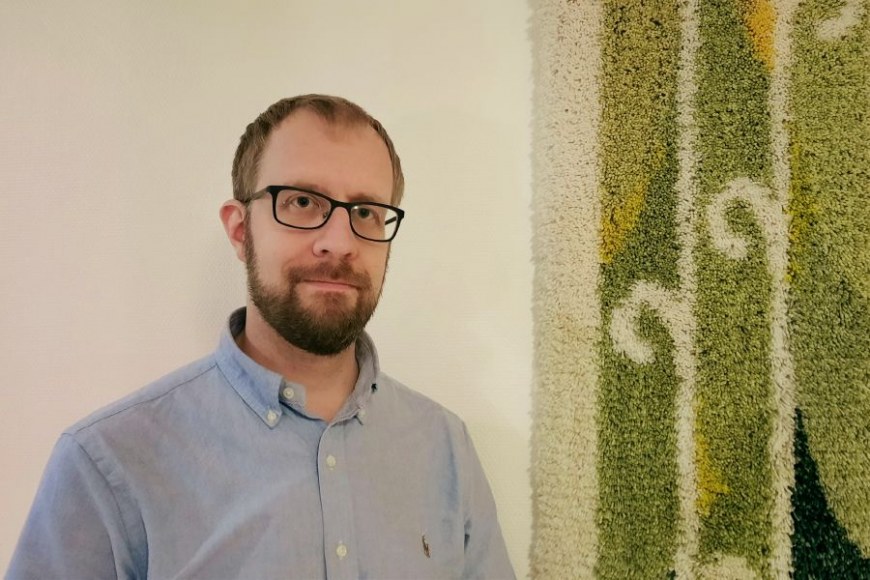 Professor Timo Laaksonen investigates how photodynamic activation could be used to release drugs in the body at the precise moment when another dose is needed.

Professor Timo Laaksonen, who divides his time between the University of Helsinki and Tampere University, has received a grant of roughly €2 million from the European Research Council (ERC). Laaksonen’s research focuses on releasing pharmaceutical agents in a controlled way in the body using blue or ultraviolet light.

Employing light in drug release is not a new invention as such. With the help of red light, for instance, the membrane of a liposome transporting a nano-sized drug can be made more permeable, releasing the drug. However, blue light provides a more extensive set of tools compared to red light.

“Blue and UV light have more energy, powerful enough, for example, to break up chemical bonds in a certain type of drug carrier and detach the drug molecules bound to the carrier’s surface,” Laaksonen explains.

Earlier, the use of UV light has been hindered by the fact that, even at its best, it travels less than a hundred micrometres in the tissue, or the breadth of a single average hair. Red light advances much further. That UV light can damage the body adds another complication, while red light is markedly safer.

Laaksonen is now focusing on how to safely target blue or UV light to the site where the drug should be released. There are two options: either photons could be locally upconverted to a higher energy level inside the body, or a variety of drug implants activated by light could be used.

“In practice, photoactivation could potentially be used to release drugs, for example, at the precise moment when another dose is needed. It could be a certain time every morning, or we could continually adjust the release rate to suit the patient.”