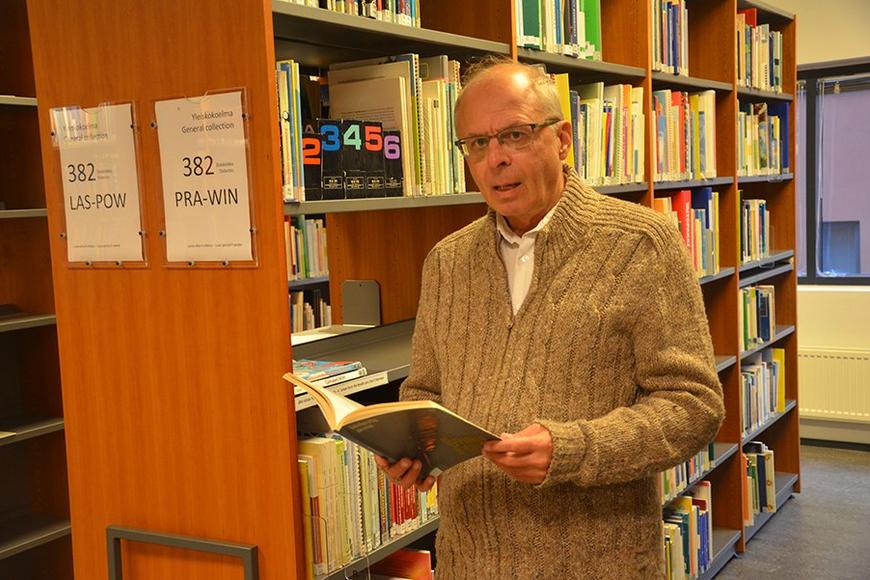 The doctoral dissertation of Master of Arts (Education) Jouko Jousea investigatesthe features of blogs as a learning environment and their significance for pedagogical practices and university student self-regulation.

These key factors for the learning process were examined in the study from the perspectives of the student and the teacher. The analyses of the study were based on method triangulation. The quantitative data of the student survey were analyzed by multivariate analysis methods (Principal Component Analysis, Two -way ANOVA, and Linear Regression Analysis) and open-ended responses by Data-Driven Content Analysis. The research material from the teachers consist ed of semi-structured interviews. Their analysis was based on Theory-Driven Content Analysis, with John Biggs 3P model of teaching and learning as the theoretical guiding element.

Social media is based on interaction and community between participants. These also proved to be key factors in blogs as a learning environment. As a learning environment, blogs produced significantly more active interaction than compared Moodle courses without face-t o -face teaching. Students found writing to blogs meaningful and useful. In the interaction, students felt the importance of peer feedback from their own ideas and thoughts was import ant. It stimulated personal reflection and encouraged investment in one’s own performance.

Blogs resulted in significantly more active collaboration among students than the Moodle courses compared. Students perceived blogs as a collaborative environment where sharing information and ideas was easy. However, students usually try to meet each other face to face when needed.

The analyses carried out showed that blogs are suitable as a learning environment for people of different ages and at different stages of university studies, regardless of discipline. Blogs provided intrinsic motivation. Mere access to blogs could motivate students. Internet audience comments motivate better academic performance. Public pressure in open interaction directed the refinement of ideas before they were published.

Students were generally positive about blogs, and blogging was felt to be nice. Ease of use and flexibility were added to the features that supported the study of blogs. However, there were clear differences between students in their ability to perceive the support and opportunities offered by blogs as a learning environment.

Those who study education as their main subject had better self-regulation of the learning process in the early stages of university studies than student s in other faculties.

However, the differences between student s leveled off with increasing age and advancement in studies. Student s were able to achieve the importance of co -regulation brough t about by interaction for their own learning. In addition, blog interaction was felt to bring courage and a willingness to publicly express one’s own thoughts. The blogs also highlighted differences in the regulation of study emotions. Blogs were perceived positively when the load on the learning environment was balanced in relation to the student’ s resources . Otherwise, they reinforced negative learning emotions.

The doctoral dissertation of Master of Arts (Education) Jouko Jousea in the field on education titled Blogit oppimisympäristönä will be publicly examined at the Faculty of Education and Culture of Tampere University at 12 o'clock on Friday 29 October, 2021. The venue is Pinni A building Paavo Koli auditorium, address: Kanslerinrinne 1. Docent Anne Nevgi from University of Helsinki will be the opponent while Docent Vesa Korhonen will act as the custos.