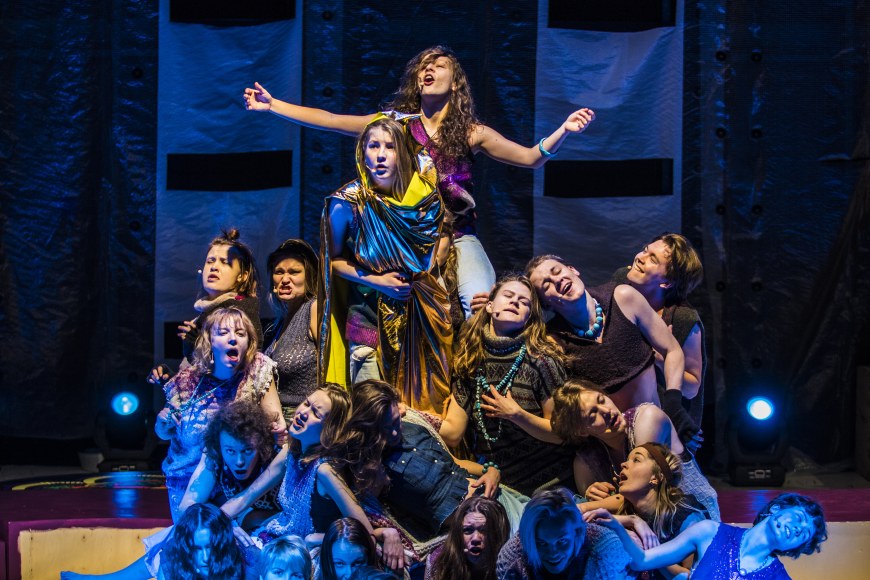 Tampere University and Tampere University of Applied Sciences together with Tampere Conservatoire are producing a new version of musical Hair as a collaborative educational project. The musical approaches current themes and asks: Is there any room for love and joint dreams among the present-day ideals of performance and success?

The new Hair musical is a big production with 14 actors from the university, seven music theatre students from TAMK as well as four dance students and 12 musicians. The conductor is Tuomas Turriago from TAMK. The choreographer is Samuli Nordberg, director Pauliina Hulkko and Niina Alitalo in charge of arranging the songs, all from Tampere University.

Hair will be performed in Teatterimonttu at Tampere University in January. It also opens the 50th anniversary year of Hair musical in Tampere. The new production team describes the atmosphere back in 1969:

“Western youth enjoyed free love and marched for universal peace against the Vietnam war. Drugs were available for them.

At the same time things started to happen in Tampere. The first Finnish theatre festival called Tampere Theatre Summer was being planned and musical rehearsals of Tampere Pop Theatre were in full flight. 15 August 1969 was a historic day: almost simultaneously when the Woodstock festival opened, the first beats of the Hair musical rolled in the Sampola auditorium. Tampere moved onto the age of Aquarius in one go.”

What does Hair say in 2019? What is the musical’s language like with its core in freedom from responsibilities, arbitrary love and psychedelic drugs? And what is left of the hippie movement? What is the power of music, group and young pathos today?