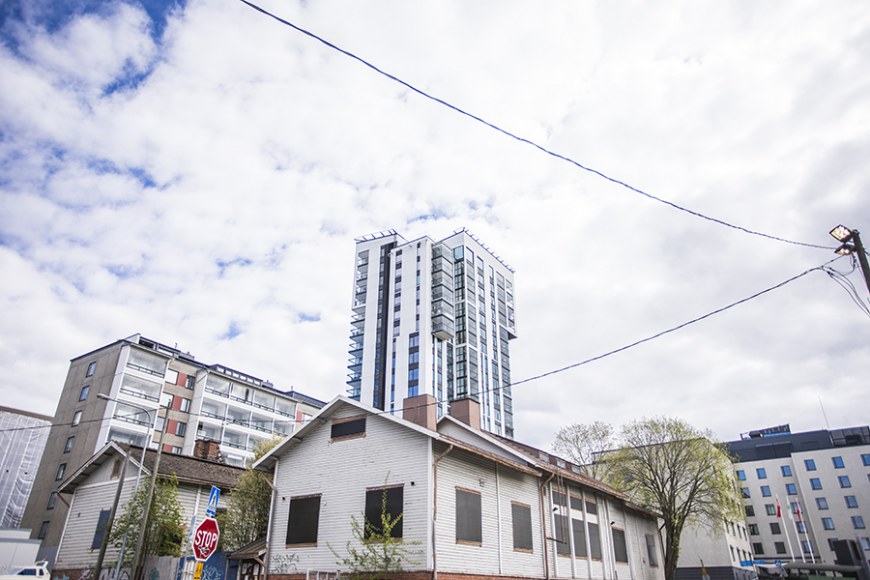 Tutkimushankkeessa on selvitetty erityisesti kehittyvien kaupunkiseutujen suhdetta maakuntauudistukseen.
A newly published report summarises the key issues of the regional government reform driven by the previous Finnish government. The report also presents new perspectives to administrative renewals for decision-makers. According to researchers, there is a lot to be taken away from prior renewal initiatives.

The KAITSE and KAITSE-EP project duo has examined the development of urban regions in Tampere Region, Southwest Finland and South Ostrobothnia in conjunction with the regional government reform. The ‘From reforms to evolution? The method and future of regional and local government reform’ final report summarises expert views on the available development methods for renewing Finnish administration.

”The project duo has especially examined the relation between developing urban regions and the regional government reform,” Kolehmainen says.

Time to end controversy and floundering

The researchers have captured the key findings from the projects into five theses. According to thesis number one, the pendular motion of the government reform needs to cease.

”The preceding Finnish governments have made all sorts of reforms. During Jyrki Katainen’s government, for example, plans were made based on larger municipalities, while Juha Sipilä‘s government pursued a county-based model. These represent the two extreme ends from recent years,” Kolehmainen notes.

The researchers emphasise the importance of a model that is agreed upon on a parliamentary basis and transcends individual government terms.

”At present, it seems that this ambition is somehow materialising during the current administration, since its core solution includes elements from the reform driven by the previous government,” Kolehmainen says.

The planning and execution of different administrative models is a highly politicised matter. A researcher’s role has become challenging as any opinion expressed can easily be interpreted as taking a stand for a specific political movement.

”The issue has become political through and through. If I express my opinion on a given topic, no matter what it is and even if based on solid research findings, I get labelled as an advocate of a specific ideology or political party,” Kolehmainen states.

Small steps instead of giant leaps

Thesis number two highlights a new way to reform: instead of major upheavals, administration should be renewed one step at a time and perhaps through trials within a specific predefined framework, say the scientists.

”The future lies in evolutionary reforms. We should start looking at reforms in a new light, as the implementation of large-scale reforms has proven challenging,” Kolehmainen says.

Increased flexibility is also called for from decision-makers and the political culture overall. According to Kolehmainen, political decision-making at current seems to be based on the idea that what has once been agreed upon holds till the bitter end.

”The stubbornness amazes me. On the other hand, comments were heard during the previous government term that we should simply start with some kind of a model and fix it later. Both these approaches – the uncompromising attitude, on one hand, and the half-baked preparations and implementation, on the other – are problematic,” Kolehmainen says.

A single model may not suit the whole country

According to the third thesis, the differences between the target regions must be accounted for in the reforms more than has been done thus far. The metropolitan area and regions suffering from net emigration and ageing population face very different situations.

”It is a justified question if every citizen’s fundamental rights are best served through a single uniform model for the whole country. These regions are highly varied,” Kolehmainen notes.

The long line of government reforms in Finland has favoured uniform models. According to the researcher, this approach should be examined afresh.

”This issue warrants a thorough analysis. Is the government reform really ideally implemented through a uniform model?” Kolehmainen asks.

Citizens must know the pursued benefits

The researchers’ fourth thesis calls the politicians for better clarity and open communication on the benefits of the reforms.

”The rhetoric in the matter centres around the claim that the citizen, or healthcare client, family or senior citizen, is at the core of the reform. At the end of the day, however, the reasons and interests that drive these massive reforms may be something else completely,” Kolehmainen says.

Citizens should be told explicitly what benefits the reforms will bring. Otherwise the legitimacy of the reforms is called into question.

”Legitimacy can only be achieved if and when the reforms bring public value. This added value must be made visible,” Kolehmainen says.

”The emphases of the public value brought about by the reforms can of course be ideological, but they must be real and verifiable,” Kolehmainen notes.

Future must be built with history in mind

According to the fifth and last thesis, lessons learnt should be kept in mind when making reforms while also making sure that the reforms serve future needs.

”Reforms are often made to fix current problems or to patch up mistakes from the past, but renewals must also be planned for the future. This sounds self-evident, but it is an important angle to be taken into account,” Kolehmainen notes.

As an apt example, the researcher mentions the status of large cities when planning the regional government reform. Urbanisation is a phenomenon that is sure to continue in Finland for the foreseeable future while politicians drive a massive reform based on a county-based government model.

”From the perspective of growth centres, it is fair to ask why this type of a reform is being pushed while predictions indicate that people will keep on migrating to cities and the cities will be the dynamos for growth,” Kolehmainen says.

Having said that, Kolehmainen notes that the coin has two sides. If large cities show a critical attitude towards the regional government reform, we can ask the cities to present a solution that is well-suited for the rest of the country. This consideration also connects closely with thesis number three, in which the researchers point out that a single model may not be ideal for the whole of Finland.

”We must consider both sides. For many municipalities, the province-based regional government model may be a solution that secures their future services if, for example, not enough children are born in the municipality. Major cities, on the other hand, do not see the benefits brought to them by the reform since they are strong enough to arrange their own services as it is,” Kolehmainen concludes.

Final report of the project duo (abstract in English, otherwise in Finnish)