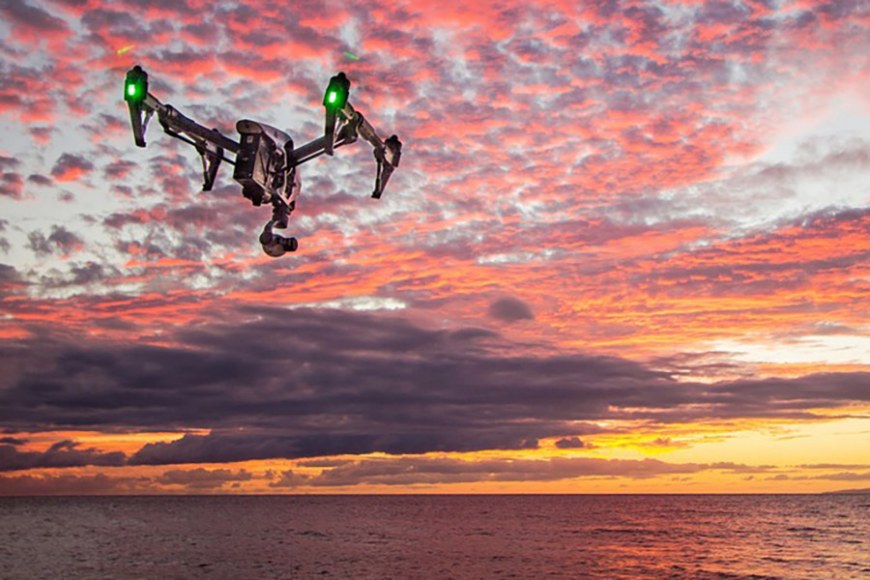 Robotic cars and delivery drones will soon be part of everyday life even in Tampere. The final seminar of the DRONE Specialist project at Kuivaamo in Hiedanranta took the participants to the future – travelling in an air taxi and drones transporting products you have ordered to your doorstep.

The Smart Tampere development project focuses on the year 2040. According to Business Tampere Director Seppo Haataja urbanisation calls for new solutions to support innovation, digitalisation and sustainable development as in 20 years the number of inhabitants, workplaces and cars will increase significantly in Tampere area. Drones will be a part of intelligent urban development.

Drone business has raised interest in the Tampere Region. The DRONE Specialist project, which started a couple of years ago, connected regional drone operators and SMEs interested in drones. The project offered entrepreneurs an excellent possibility to test drones and plan drone use in their business.

According to Project Manager Joni Nieminen, the project participants included a wide range of enterprises: car industry, clothing business, property business, painting, photography and forestry. The project offered safety training, business consulting and drone workshops. The final seminar in Hiedanranta on 11 December 2018 culminated in opening of a drone test hall, which is one of the project’s achievements together with Business Tampere.

In the Tampere Region drone development will continue in the New Solutions in City Logistics project, which utilises the work completed during the DRONE Specialist project. On the transport industry’s request, a drone solution is being developed for light transportation. According to the Tampere subproject’s Project Manager Erkki Kiviniemi, the aim is to reach a concrete result and companies are now invited to join the project.

Drones are an important and current topic even nationally. Regulations on flying and using drones as well as safety become more and more important when the activity expands. Preparation of regulations is the Finnish Transport and Communications Agency Trafi’s responsibility. A common traffic control system can increase the flight safety of unmanned aerial vehicles. In the seminar Tero Vuorenmaa from Robots.expert told about the U-Space traffic control system which is being developed to support drone service business in different fields: agriculture, road, marine and air traffic, safety services, media and entertainment business and insurance business.

Tampere University (prior TUT) was a research partner in the DRONE Specialist project. Research Manager Jussi Aaltonen told about the challenges of using drones in the arctic environment. The subarctic area is large and includes plenty of important natural resources, such as oil and minerals. Drones can be used in their prospecting. He also presented Tampere University’s and TAMK’s new aColor project. It will develop technology for a collaborative and autonomous robot which will operate in demanding sea conditions at the surface, in the air and underwater.

According to the keynote speaker of the seminar, Futurologist Risto Linturi robotic cars will also change urban logistic solutions and service structures in Finland. The need for robotic cars will arise from global needs, such as stopping of the climate change, changes in world trade and use of energy sources. According to Linturi, robotic cars have an effect on both goods traffic and passenger traffic. Their effects on local logistics are especially large. Goods will be produced closer and there will be more local logistics.

According to Linturi robotics will strengthen its role in almost all fields. Air taxis and drones are already used abroad to some degree. For example in Rwanda drones are used for medical purposes, transport of blood and medicines. In Germany DHL has introduced delivery drones in transporting defibrillators for cardiac patients.