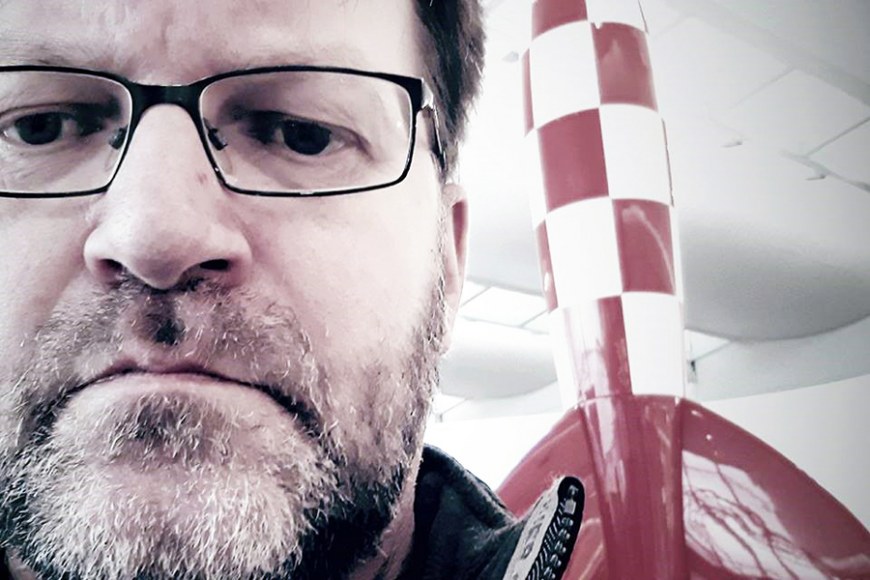 ”I didn’t have a real sight of what this field is like. When I was a child, I watched films and thought that it would be great to make them.”

This is how Arto Koskinen, a well-known director of several documentaries and senior lecturer in screenwriting at Tampere University of Applied Sciences, thinks back to his choice of a career. Koskinen, who spent his youth in Alatornio, was a skilful drawer and fluent and ironic essay writer – his topics concerned world politics and armament.

“Storytelling skills weren’t taught in general upper secondary school or comprehensive school then. I wasn’t aware of my abilities but a teacher encouraged me to write in my own style.”

Young Koskinen ended up in the University of Art and Design Helsinki. He first studied architecture. He however dreamt of film directing. When student application to film directing opened, Koskinen decided to apply. Only ten students were admitted to cinematographic studies in Finland and two of them to film directing.

Many know Koskinen’s documentaries, such as Kuningas Litmanen (2012) and Nokia Mobile Phone – Matkapuhelinten tarina (2017). But he has done a lot more: short fiction, documentaries on different topics and a children’s film. His latest production from spring 2019 is a podcast series on Felix Kersten, Heinrich Himmler’s personal physician and massager in Nazi Germany. The podcast is a continuation to the documentary Kuka oli Felix Kersten? (1998).

“If I didn’t do this, I would have less to give to students,” Koskinen states.

Working as a teacher has led Koskinen to develop methodology for teaching future film professionals.

According to Koskinen, his documentary ideas come by chance. The story has to be identified.

“The idea for the Nokia film came about when I heard that Nokia will sell its mobile phones to Microsoft. I immediately realised that it’s a clear story and became excited about it.”

During his long career Koskinen has seen the film business change. The possibilities to develop basic competence have increased.

“Now we live in the world of big media. The fundamental core, ie the skill to identify stories, is important regardless of the era. You have to know classic storytelling,” Koskinen summarises.

In addition to identifying stories, successful screenwriting and directing call for creativity, eagerness and perseverance. This brings its challenges to teaching screenwriting. Koskinen thinks he is a teacher who encourages the most sensitive students.

“Many don’t know the field at the beginning. That is why I try to support the most sensitive in finding their personal voice,” Koskinen summarises.

The podcast on Felix Kersten was chosen to represent Finland in Prix Italia in the category of radio documentary and reportage.