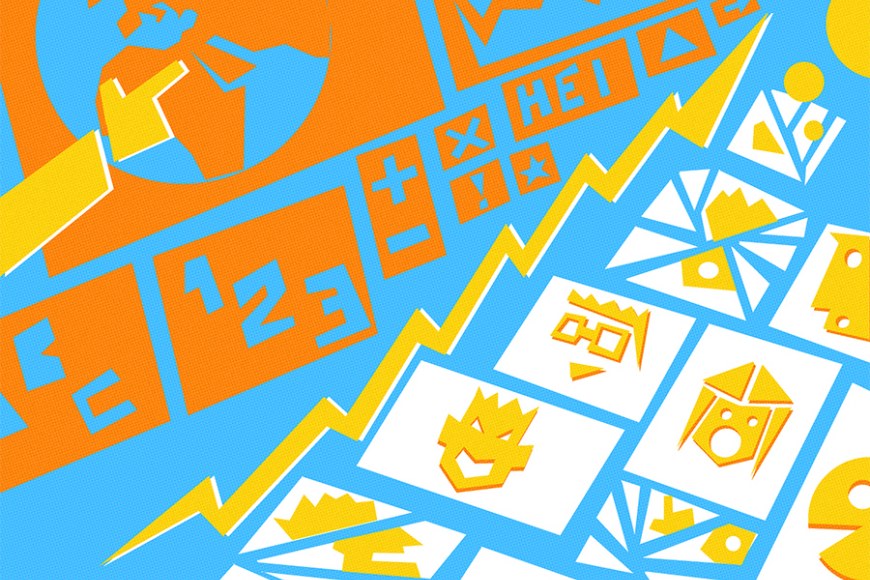 Photo: Jonne Renvall
At the first glance, the move to distance learning during the Covid-19 pandemic seems to have been a success. However, many of the solutions have been quick fixes and should not be modelled in future distance education development.

“Teachers have really had to push themselves and stress levels have been high. I do not wish the temporary arrangements to become a permanent structure because it is not a good way to go about distance education,” says Marko Teräs who has developed digital learning for 15 years.

In addition to Finland, Teräs has been involved in education development programmes in Tanzania, the United Arab Emirates, Australia and South-East Asia. He is currently working as Project Specialist at Tampere University of Applied Sciences (TAMK) and leads the CARDE research group, which approaches the digitalisation of education from a critical applied research perspective.

The CARDE research group is currently working on two studies related to Covid-19 that analyse distance education during the lock down. One of the projects is investigating how the start of distance education succeeded at Tampere University of Applied Sciences. The research group is also preparing a narrative study involving teachers from the primary to tertiary level across Finland.

Teachers pushed themselves in distance education

In March, the Finnish education system transferred to a complete distance mode almost overnight and without much preparation. Primary and comprehensive schools are returning to classroom education in May, while secondary and tertiary levels remain in distance education until summer holidays.

This sudden leap was something educational technology researchers wanted to document and analyse.

Teräs sent a message to his teacher colleagues and got 11 TAMK teachers to give a running commentary on distance teaching.

A prevailing general narrative around the digitalisation of education seems to be that teachers are reluctant to go digital and do distance teaching. However, the preliminary results of the study show that teachers have been able to adapt extremely well in the changing situation.

“The teachers have really handled this situation well; they have made adjustments and tried to make things work. Stress levels have risen for some, but for others, distance education was already familiar,” Teräs says.

Feelings of community replaced by assignments

Distance teaching has changed everyday life especially in the lower grades of primary school. According to Teräs’s observations, in some cases education has become assignment-based at the expense of fostering the community spirit even though that would be essential in the lower grades.

His main concern is that the emergency solutions introduced quickly in online learning become business as usual instead of committing the time and resources that are needed for proper online learning development.

“I would not want to see this continuing for very long because the impact may be unpredictable”, Teräs says.

According to Teräs, the teacher’s presence is also important in the higher grades.

“Upper secondary school students also need teachers a lot. It is a very narrow view to think about teaching as just issuing learning assignments. Teachers need to have a contact with their students and give them personal guidance,” Teräs explains.

The teacher’s work as the mechanical division of tasks reminds Teräs of the American psychologist B. F. Skinner who failed in the 1950s and 60s in his attempt to make people machine-like learners.

According to the experiences of TAMK’s teachers, students who already have good learning skills excel in distance education. In distance teaching, learners with difficulties may become increasingly invisible.

Difficulties in distance teaching have arisen in areas where proficiency or laboratory testing is required. For example, a computer simulation is not the same thing as a physically completed task.

According to Teräs, the change in teaching to assignment-based learning is because there was no time for anyone to think about the processes of online learning more closely.

“The easiest and fastest way to conduct distance learning is to provide a list and instructions for assignments. That is the military method,” Teräs says.

In distance learning, many important things, such as teaching critical thinking and social skills, may be left out.

“I do not like studies that compare contact teaching to online teaching because there are so many different versions of both. There are too many variables involved which make it impossible to just compare the two,” Teräs points out.

Technology has worked well in distance learning for the most part, although there have been some problems.

“This has revealed the actual level of the digital leap, both in Finland and internationally. It has not really been all roses,” Teräs notes.

Is it too much to claim that Finland is at the forefront of the digital leap?

Reports from OAJ, the Trade Union of Education in Finland, emphasise that technology is not at the heart of teaching. Nevertheless, Teräs has noticed that the reasons for promoting the digitalisation of education are often technology centred.

Research has also shown alarming results on applying new educational technologies.
In some parts of the world, even signs of a new kind of oppression have been traced when data have been used to reinforce old prejudices.

“We often think that new technology does something good for disadvantaged students, but it can also keep them in a predefined box and not help them move forward,” Teräs points out.

Lagging behind such developments is not necessarily a bad thing, Teräs notes.
It gives us an opportunity to critically evaluate whether the direction of development is desirable or not.

Some research and experiences with children’s digital learning platforms, some of which are based on behavioural management techniques, also points in a worrying direction. These platforms do not focus on learning but on following the rules.

“Good behaviour is awarded, which has had the side effect that children have begun to use digitalisation as a power mechanism saying, ‘My data points are better than yours; why are you even talking to me?’” Teräs says.

Even scary assumptions behind artificial intelligence

Artificial intelligence and robotics are the new buzzwords of digitalisation that are often used for seeking shortcuts to educational problems.

“What interests and perhaps frightens me in the development of digitalisation is the kind of presuppositions we use. It is often thought that numbers speak for themselves, but someone has chosen those numbers as well,” Teräs notes.

He says that the intellectual roots have been lost at the point when numbers are thought to be completely independent of human choices. It is now all too easily forgotten that there are meanings and purposes behind the numbers as well.

Problems arise if technology is built on a different approach than the pedagogy that is used. Many of the AI platforms remind Teräs of Skinner’s learning machine, whose pedagogical approach has long ago been deemed inadequate and oversimplified.

“I would like to see more discussion on how we choose our data and what it means. The data has a history, which is also based on personal history. Some people have been able to choose what data to collect and when. This is often ignored. We should understand that there are human choices behind digitalisation” Teräs concludes.