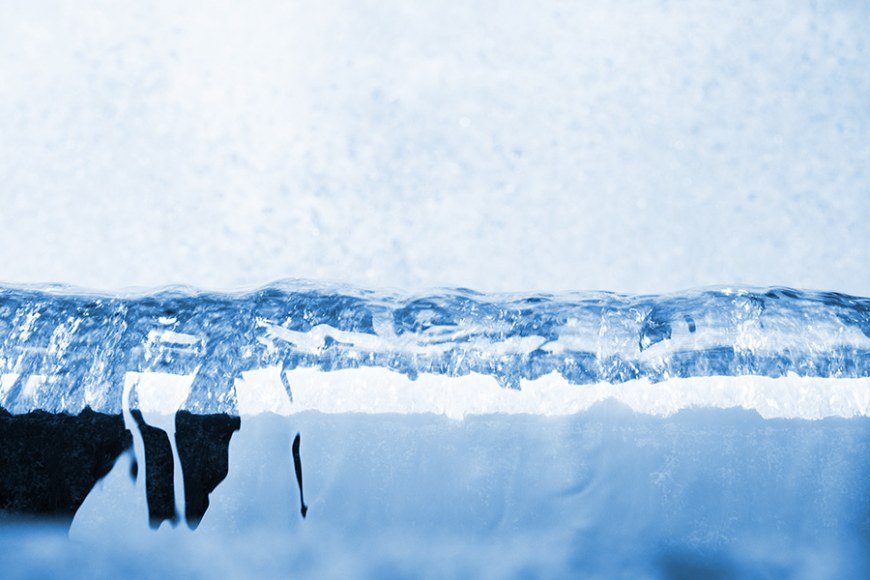 Water services in Finland and elsewhere in the world have been studied in Tampere already for decades. The University has also trained many international experts in water management who have exported Finnish knowledge to different parts of the world.

During their career, Adjunct Professors Jarmo Hukka and Tapio Katko and Doctor of Science (Engineering) Pekka Pietilä have witnessed many successes in water management, but also some failures.

Finns may easily forget how important clean running water is. For example, in 1916, more than 3,000 people contracted typhus and nearly 300 died in Tampere as the result of contaminated drinking water, which spread the disease in the city. In 2007, the water crisis in Nokia, a town near Tampere, once again pointed out how important a reliable water supply is.

The Finnish water services are currently one of the best in the world. However, according to the researchers, the situation should not make people unduly indifferent.

“The rehabilitation investment gap is the biggest problem related to water services in Finland. We should double or triple the amount of money we are currently investing. This problem has not yet been sufficiently tackled,” Katko says.

However, Finland is not alone with its increasing rehabilitation investment gap problem.

“There is hardly a country on the planet whose rehabilitation investment gap would be smaller than that of Finland. Just think about the situation elsewhere in the world,” Hukka adds.

“The world population has grown tremendously in the recent decades, and more water systems have been built, but it has unfortunately not been possible to reduce the number of people who do not have access to a proper water supply,” Pietilä says.

Many of the world’s poorest countries are constantly struggling with insufficient clean water and untreated wastewaters.

“Many authorities in low-income countries think that it is not necessary to promote the interests of the poorest groups of people. This is also reflected in the low level of the water services,” Katko says.

The researchers also have much personal experience of working and living in countries where water services are not functioning properly.

“I have lived a total of twelve years in low-income countries, where I did not even once like to drink tap water in any of the countries,” Hukka adds.

A failure to provide for the water services infrastructure is short-sighted.

“The problem is that the development and maintenance of water services are seen as a cost, not as a beneficial investment for the future. However, every euro invested in water services brings €3–5 back to the economy. The significance of this infrastructure is often not understood,” Katko points out.

Well-functioning water services is one of those things whose importance is only noticed when they are absent. If every private company or individual had to build their own electricity, communication and water systems from scratch, the efficiency of society would suffer.

“The water services provision is much more efficient when it is organised by using public funding and planned from the start as a public service,” Hukka says.

Functioning water services are the foundation of well-being

Today, 80% of community wastewaters are globally discharged untreated in the nature. Rivers, lakes and seas are polluted, which causes great damage to the ecosystems. Only one tenth of all human wastewater is effectively treated.

Inadequate water services also diminish the quality of life. If clean water is not available close to people’s homes, they must go further out in their search of water. This takes time that would be more efficiently spent doing other things.

Healthcare is also burdened. Hospitals across the world are full of patients whose symptoms are caused by the lack of clean water and unhygienic conditions.

“Every day, between 5,000 and 10,000 people – mainly children and women – die from diseases caused by contaminated water and poor hygiene,” Hukka points out.

Privatisation can lead to problems

The researchers are concerned about some decision-makers’ desire to privatise water utilities.

“There are unfortunate experiences of privatisation across the world. In water services, public sector ownership or the cooperative model are better. They would ensure the use of profits for developing the operations,” Katko says.

Hukka points out that private companies do not invest more money in the infrastructure than public authorities.

“All our studies show that private water utilities are not more efficient than publicly owned and managed water utilities. For example, in the United Kingdom, our colleagues are arguing that the water charges are about 25% too high. This is because the water services are predominantly privatised,” says Hukka.

For example, Thames Water, which provides water for the 15 million inhabitants in the London metropolitan area, has badly neglected its infrastructure.

“The next time an exceptional drought comes, the London area will be in trouble,” Pietilä says.

In Finland, the Water Services Act stipulates that water charges have to cover all the costs of the water services including capital, operations and maintenance, rehabilitation and replacement costs, and that the rate of return on capital has to be reasonable.

“Who defines what the reasonable rate of return on capital is? For example, the turnover of Tampere Water was €60.7 million in 2017. However, the city cashed €10.5 million as the return on capital. I think that is quite unreasonable,” Hukka says.

In Sweden, water services provision is based on the idea that it should be non-profit.

“It is a strange situation even philosophically when the water services are first built with taxes and service fees, and then the same citizens, who have paid those taxes and fees, also have to pay the profits to their own municipality. In other words, they pay the profits back to themselves,” Hukka says.

Creating larger water utilities will not automatically lead to a better outcome.

“Bigger is not necessarily more efficient in water services. For example, the Helsinki Region Environmental Services Authority HSY, which is responsible for the water services of more than one million people, has a rehabilitation investment gap of more than 200 years in their drinking water and sewer networks,” Pietilä says.

The ancient Romans already knew how to build aqueducts where water flowed by gravity. Technology has evolved over the millennia, but many countries in the world have still failed to create a functional water management system. Why is that?

“If water management is not accepted at the societal level, no quantity or quality of technology alone will solve the problem,” Hukka notes.

In Finland, municipal water protection is a success story that took 20 years.

Globally, the challenge is at the societal level. Adequate technology and expertise are available, but the water services stop due to a lack of understanding, ignorance, negligence, and corruption.

“Every country knows how to brew beer. That is by far more complicated than pumping water into a pipe,” Pietilä jokes.

The annual seminar of the UNESCO Chair in Sustainable Water Services is organised in Tampere on Thursday 6 June at 9.30. The theme is More sustainable water services through cooperation The event will be organised in Rakennustalo on the Hervanta campus, lecture hall RG202.