Tampere University receives €50,000 from the student housing foundation TOAS. The donation comes to the university’s multidisciplinary fund that supports research and education in different fields.

“TOAS was founded in 1959 around the same time that the University of Tampere relocated to this city. Now that the TOAS foundation is celebrating its 60th anniversary, we want to participate in making history again,” says Kirsi Koski, Chief Executive Officer of TOAS.

“The university is a very significant cooperation partner for us and we would not be here, at least not to the extent that we are, if we did not have the university. We are looking forward to even more active cooperation and synergy benefits in the future,” Koski says.

TOAS rents out approximately 6,300 flats and the foundation aims to have more built every year.

“By providing student accommodation we are facilitating students’ everyday life in our attractive city. We want to do our share in building the future by growing sustainably,” Koski says.

President Mari Walls thanks TOAS for the donation.

“Safe housing, which is within the students’ means, is important for the success of studies and hence for the university. We appreciate the work of TOAS in student housing and are very grateful that the foundation wants to support the university’s research and education during its anniversary,” Walls says.

TOAS donates a total of €60,000 to the new higher education community as Tampere University of Applied Sciences already received a donation of €10,000 in 2018.

TOAS thus joins the ranks of Tampere3 founding donors. Founding donors are businesses and foundations that have supported the creation of the new higher education community during the period of establishment.

Take a look at the founding donors and making a donation.

Donors support the creation of the new higher education community

Juvenes is the new university’s first donor in 2019 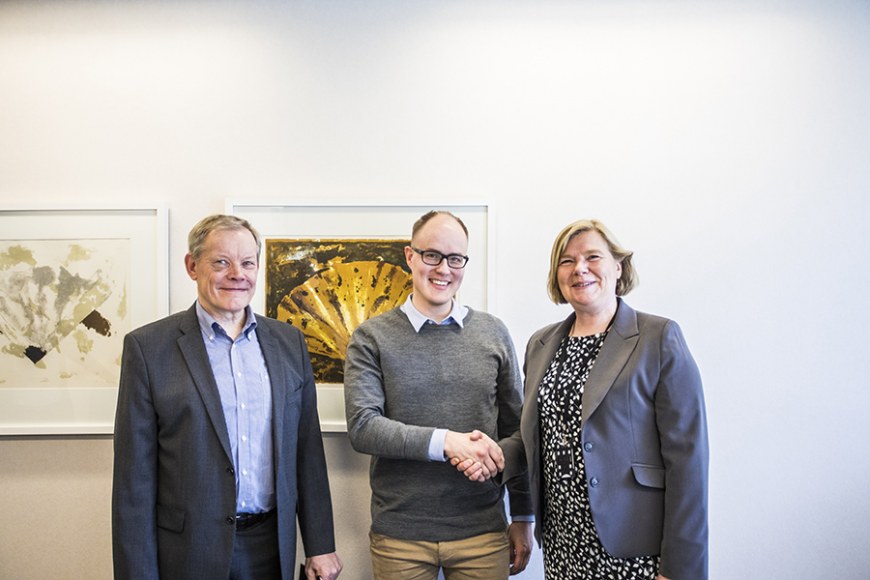