Talks of the crisis of liberalism increase polarization 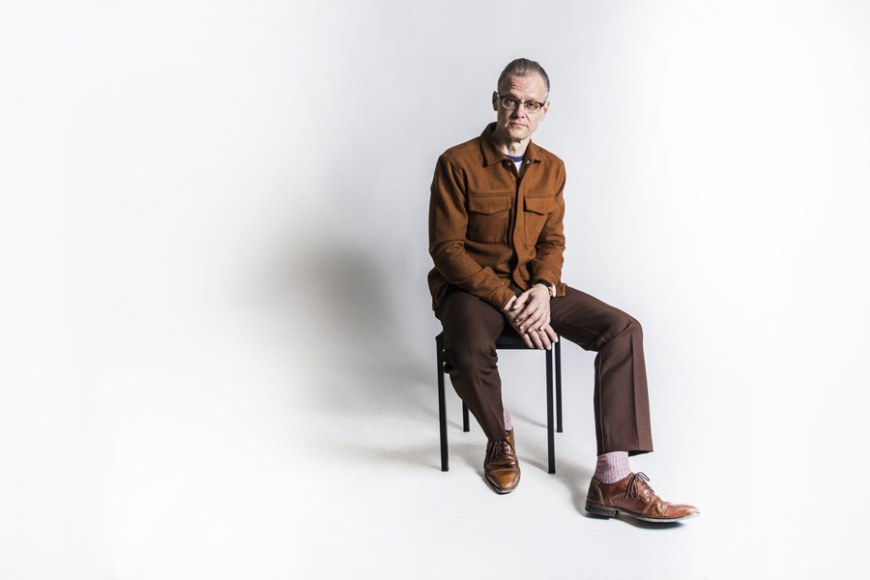 ”Crisis rhetoric that is intended to evoke emotions and political support but leads to no real reforms gets us nowhere,” says Marko Lehti, who carries out peace and conflict research at Tampere University.
In a recent book Marko Lehti, whose area of expertise is peace and conflict research, claims that both populists and liberals are heading for the same political trap with their alarmist talk about the crisis of liberalism.

Talks of the crisis of liberal democracy have intensified although the existence of crisis cannot be empirically verified. The rhetoric of crisis is an example of narrative power but also tells how the world order is experienced.

University Researcher Marko Lehti says that talks of such a crisis are nothing new but they have now taken on unprecedented tones. The liberal and populist narratives about the crisis are not only clashing but also fuelling and feeding one another.

“Populists and liberals are walking into the same trap of their own making when they use fear tactics and conjure up images of the other party threatening democratic liberalism,” Lehti says.

Marko Lehti assesses narratives about the crisis of the western liberal order in a recent book titled Contestations of Liberal Order, which he has co-edited with Henna-Riikka Pennanen and Jukka Jouhki.

Lehti works at the Tampere Peace Research Institute (TAPRI), which celebrates its 50th anniversary this autumn. TAPRI was established in 1969 following the passing of a separate statute by the Finnish Parliament and became part of the then-University of Tampere in 1994.

Discussions about climate change at a standstill

The polarization widened by the crisis talks was evident this autumn at the United Nations Climate Action Summit, where Donald Trump and Brazil’s Jair Bolsonaro labelled global climate change a hoax.

With Trump talking about new patriotism and Bolsonaro insisting that the Brazilian areas of the Amazon rainforest are Brazil’s sovereign territory, the supporters of liberal democracy need to step up their advocacy for global responsibility that cuts across national borders.

”Political rhetoric that pits national sovereignty against universal liberalism resonates with people and is counterproductive to the fight against climate change,” Marko Lehti says.

According to Lehti, better results will be achieved if we respect diversity and listen to one another rather than focus on differences.

”Rhetoric that is intended to evoke emotions and political support but leads to no real reforms gets us nowhere. It only results in opposition, oversimplification and the absence of dialogue. The less of it, the better.”

Lehti compares the current talks of the crisis of liberal democracy to Samuel P. Huntington’s claim that all global and regional conflicts can be essentially explained as a consequence of the inescapable and perpetual clash of civilisations that is closely associated with religions. If you believe on this “theory” it constitutes an all-inclusive frame or a prism to interpret all particular events and excluding all other explanatory factors.

”Now there is a widespread belief that the global liberal order is in crisis. As people have a tendency to only see and recall evidence that supports our existing position, this belief becomes a self-fulfilling prophecy that is difficult to break out of.”

Populists need an experience of the crisis of the liberal world order to justify their existence. They blame liberals for the weakness of the Western world in the face of external threat. Liberals attribute the blame for the crisis to populists. This kind of juxtaposition increases polarization. Conservatives are mainly concerned about the financial crisis and use crisis talk as a tool to hark back to the good old days.

Marko Lehti has identified a distinct fourth category of crisis narratives by analysing the speeches given by President of Finland Sauli Niinistö.

”Niinistö has been systematically warning about the disruption of rule-based international order for the past few years, but he approaches the topic from a realistic angle without associating with any community centred around specific values. However, Niinistö is clearly among those calling attention to the crisis,” Lehti points out.

Niinistö may be in a group of his own in terms of his special brand of crisis rhetoric, although many elements of his speaking reflect conservative values.

“When speaking, Niinistö is often nostalgic for the past when the world was more organised and easier to manage. He may emphasise sovereignty – a theme which is often twisted by populists into an every-man-for-himself policy – but he also stresses the importance of global responsibility in fighting climate change.”

The book co-edited by Marko Lehti focuses neither on Sauli Niinistö nor Finland. Niinistö is no exception among political leaders as many European figureheads have been talking about the crisis of liberal democracy. The majority are voicing their support for liberal values, while some, such as Hungary’s Viktor Orbán, blame liberalism and advocate for the adoption of a new system of illiberal democracy.

Liberal rhetoric can likewise be exclusive as it often depicts the West as somehow inherently superior to the rest of the world.

”The most dangerous aspect of the prevalence of crisis rhetoric is that it feeds insecurity that creates an impression that we have no choice but to hang on tooth and nail to what we got. This not only leaves no room for flexibility but also disguises the fact that liberal norms and systems must also continue evolving to keep pace with the times. We need a vision of liberal peace that goes beyond western dominance.”

Lehti points out that colonialism was also a by-product of a liberal system and the echoes of this thinking are still an elementary part of liberal order. The colonial ethos is based on a notion that because we are superior to others and understand the true nature of democracy and human rights, we have an obligation to watch over others and make them follow our lead.

“The current liberal order has opted for forms that have strong neo-colonialist undertones and draw a clear line between ‘us’ and ‘them’. This has been a clear system since the 1990s.”

Lehti claims that in the current domestic debate the term ‘liberalism’ is often used as a synonym for tolerance and openness but this is not the case when it is seen as an ordering principle of global peace. In general, liberalism stresses freedom but also implies a moral obligation to help others in need. However, in the context of world order this duty of care may easily appear to be only serving the self-interests of those doing the caring.

Liberals in 19th century British Empire saw imperialism as the use of brute force over others in an attempt to serve the political and economic purposes of the mother country but in contrast understood genuine colonialism as a mutually beneficial relationship.

Lehti compares the modern-day commitment to promoting human rights and democracy abroad to 19th century idea of genuine colonialism. When placed in a broad historical context and seen through non-Western lenses, this commitment may in fact appear self-serving and repressive.

“The era of liberal imperialism began in the mid-19th century and perhaps ends now at the early stages of the 21st century.”

The problems associated with liberal do-gooding have been acknowledged, criticised and efforts have been taken to root them out. Marko Lehti says that these problems are easiest to avoid when implementing, in particular, peace processes.

According to Lehti, current political rhetoric tends to place major emphasis on learning from locals and on an understanding of peace as situated and particular rather than a universally shared liberal conception. The starting point for any peace process must be listening to the local people and understanding their needs. While this approach works in the case of peace mediation and crisis management projects, it cannot be scaled up to represent a global ordering of norms and principles.

”The dominant norm today is that well-meaning interventions can be justified by appealing to human rights. Admittedly, this is a mechanism of control but the opposite would be having no ideal of world peace, only a destructive global struggle for power. There is currently no alternative contesting system of ideals in sight, only a contestation of the existing liberal order.”

If championing human rights and democracy is considered an oppressive form of colonialism, should we ignore China’s human rights abuses and focus on maintaining economic and trade relations with it?

”That is a good question – and a tough one, too,” Marko Lehti says.

He is referring to British political scientist David Chandler who claims that all forms of global governance are products of colonialism but neglects efforts to look for a way out.

”I find that quite brutal. I do not subscribe to this view, because I believe that the world needs to maintain an ideal of peace and keep trusting that together we can move towards a world order that is more peaceful, less violent and more equal,” Lehti says.

As a solution, Lehti proposes an increased awareness of the fact that our ways of talking about human rights are not universal but based on our own norms.

”I do not know what could be an alternative system of norms for China, but that should not come down to power alone.”

TAPRI – half a century of peace research in Tampere