High-speed photos shine a light on how metals fail 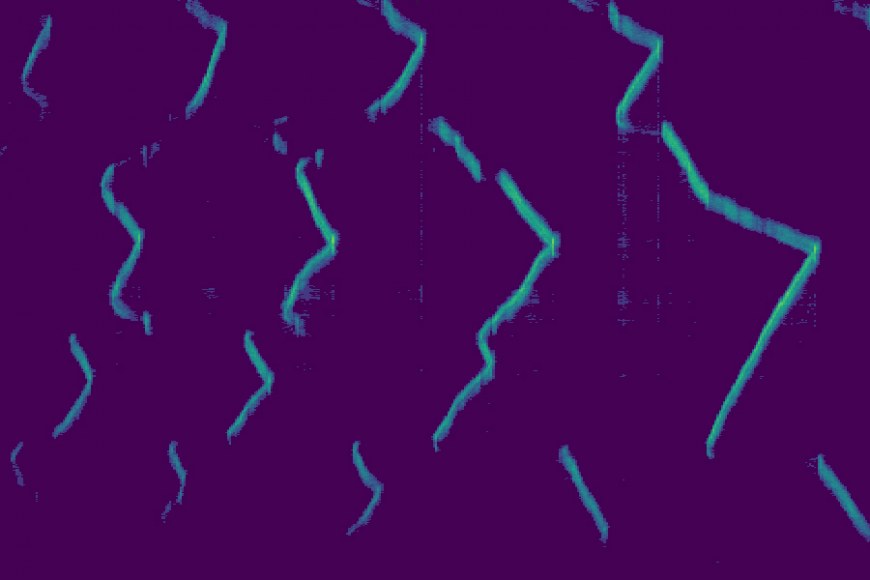 Space-time map of the local strain rate of an aluminium sample during stretching, showing the presence of propagating bands of plastic deformation.
By combining experimental and theoretical work, researchers discover what happens when metals are stretched to their yield point.

How things deform and break is important for engineers, as it helps them choose and design what materials they’re going to use for building things. Researchers at Aalto University and Tampere University have stretched metal alloy samples to their breaking point and filmed it using ultra-fast cameras to study what happens. Their discoveries have the potential to open up a whole new line of research in the study of materials deformation.

When materials get stretched a bit, they expand, and when the stretching stops, they return to their original size. However, if a material gets stretched a lot, they no longer return back to their original size. This over-stretching is referred to as “plastic” deformation. Materials that have begun to be plastically deformed behave differently when they’re stretched even more, and eventually snap in two. Some materials – including the lightweight aluminium alloys used in high tech applications like cars and aircraft – start to deform unpredictably when they become plastically deformed. The specific problem the researchers were interested in solving is called the Portevin–Le Chatelier (PLC) effect, where bands of deformation in the material move as it gets stretched. The movement of these bands causes the unpredictable deformation, and researchers wanted to develop a better understanding of how they moved, to be able to better predict how these materials would deform.

“There were models for how these materials deformed, but until now, they weren’t very useful,” said Professor Mikko Alava, the leader of the research group at Aalto.

To develop the new model, the researchers used very high-speed cameras, illuminated using laser light, to photograph the samples. Once they gathered this data, they were able to see what theoretical models fit the data. They found that a model for the behavior of magnets, called the ABBM model, could be used to predict the behavior of the materials as they deformed really well. The ABBM model is well established in materials science for describing the change of magnetization in magnets.

“The art of the theory of this work was realizing which parameters of the material aligned with the parameters in an evolved version of the ABBM model, and then by gathering the large quantity of data that we did, we were able to show how the model could be used to predict deformation in these materials,” said Professor Alava.

The results are being published in Science Advances.

“Until now the time resolution of the experiments has not been sufficient for comparison with this type of model,” said Tero Mäkinen, doctoral candidate with the major responsibility for study.

“The movement of the deformation bands has been studied previously, particularly in the material science community, but one really needs to see the fine detail to be able to show that the bands behave – in some sense – similarly to magnets.”

“It is quite remarkable that two phenomena which are apparently so different – change of magnetization in magnets and propagation of deformation bands in alloys – can be described with the same, simple statistical physics model,” says Associate Professor Lasse Laurson from Tampere University, who participated in the study.

The research has been a long time coming ‘I first came up with the general idea around 2015,’ explains Professor Alava, but now that the model has been shown to apply to the PLC effect in aluminium alloys, the group are interested in testing if it applies to a wider range of metal alloys.

“There are several different types of PLC bands that can exist in materials, we’ve shown it for one type, and now we want to see if it applies to all of them.”