The Great Game has resumed, and it requires Finland to act 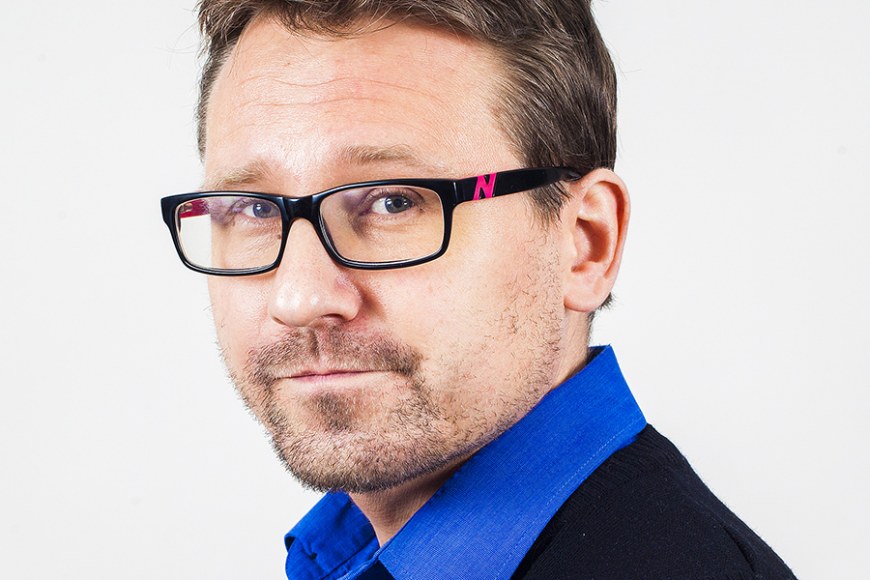 Professor Hiski Haukkala asserts that the return of great power games is a bad development for Finland and other small countries. Nevertheless, it is a fact that must be acknowledged.
Competition between the great powers has returned to the global political scene in a way that requires situational awareness and initiative from Finland.

Hiski Haukkala, professor of international relations at Tampere University, warns that small states are threatened by the transfer of key issues away from multilateral arenas to smaller circles formed by the great powers.

“Finland’s challenge is to act in such a way that it avoids being used as a pawn in the great power game,” Haukkala writes in his new book, Suuren pelin paluu [The Great Game Returns].

Haukkala states that his book is not an actual scientific study, but rather the product of the research he has conducted and read over twenty years and his activities in international politics and diplomacy.

In addition to his academic career, Haukkala worked as Foreign Policy Advisor to President Sauli Niinistö in 2016–2017 and the Secretary General of Niinistö’s Cabinet in 2018.

According to Haukkala, competition between the great powers could at worst result in Finland being presented as the West’s support area in a conflict against Russia. This in turn would force Finland to build its security and position only on weapons.

“This would significantly reduce Finland’s room for manoeuvre and weaken its international position, as it would make Finland completely dependent on
the countries from which it receives military support. However, that would not necessarily eliminate the threat of major political agreements being made over our heads,” Haukkala argues.

Haukkala considers the return of the great power games to be a bad development for Finland, and he believes this trajectory will be potentially difficult and even dangerous for all small countries. Nevertheless, it is a fact that must be acknowledged.

Trump’s presidency has often been seen as the start of a new era. However, according to Haukkala, Barack Obama was the first president who sought to retrench the USA’s global responsibilities.

Haukkala suggests that the most significant difference between the two presidents lies in their rhetoric and style, not necessarily in their analysis of the global role of the United States.

A broader transformation of America’s worldview and self-understanding is under way. Haukkala writes that the new self-interest and shrinking global role of the United States are here to stay, and that Trump’s loss in the election would not change these basic trends. According to Haukkala, Joe Biden’s success in the upcoming presidential election would only result in a change of style. This could prove significant in the short term, but in the long term, the main points of contention would still need to be addressed.

The continuation of the current situation carries a significant risk that part of the United States’ system of allies – and at the same time its influence – may collapse.

The European Union is in trouble

According to Haukkala, Finland will not succeed in the future alone and on its own terms; it needs a credible common European front that only the European Union can bring.

Finland has been part of the hegemonic West through its 25-year membership of the EU. Western hegemony is coming to an end, and at the same time, the future of EU hangs in the balance.

Finland has very few good alternatives when weighing up its options and security in a situation where the role of the US is changing and the ability of the EU to act remains in doubt.

Haukkala also urges us to prepare for the worst case scenario. This would mean a powerless, declining and fragmented Europe where Finland would have to increasingly rely on its own strengths and adapt to the changing constellations ahead.

“If the EU collapses with a bang due to, for example, a sudden financial crisis, the results could be very chaotic and ugly, even violent. But if it just fades away, it is possible that we will get a slowly fragmenting Europe, which will partly stick together regionally in a new way. This would also give Finland more time and space to adapt its own position to the changing world and to do so in co-operation with other like-minded nations,” Haukkala writes.

The NATO option must be retained

According to Haukkala, the most dangerous periods in Finnish history have not been related to bilateral problems with another state, but to Finland being perceived as a problem or a threat as part of a broader political setting. Such a threat has often arisen from the fear and paranoia felt by Russian leaders towards the West.

In the current circumstances, Haukkala finds no other possible reason for an armed conflict between Finland and Russia than for Finland to become a military problem or a threat to Russia. Only Finland’s aspiration to join NATO could trigger a crisis between the countries, which could even include Russia exerting military force.

Haukkala considers both a speedy accession to NATO and the renouncement of the current NATO option – and thus voluntarily settling into Russia’s sphere of interest – to be bad alternatives.

NATO membership would ensure a degree of safety, but it would activate a wider threat against Finland from Russia. For its part, giving up the NATO option would narrow Finland’s independent room for manoeuvre.

Haukkala proposes a third alternative, which begins from the idea that security is a dilemma that we cannot solve permanently, but which Finland can try to manage by its own actions. Maintaining the current NATO option takes into account Russia’s security interests but also protects Finland’s international position and develops Western defence cooperation.

“The NATO option is often scorned by those who support joining the military alliance, but the opportunity to apply for membership is in itself a security policy instrument that in the case of Finland may be more valuable if it is left unused. What makes Finland’s international position interesting in the eyes of others is our ability to play an independent game and contribute to wider regional security and stability at the same time,” Haukkala notes.

Haukkala considers ‘the Nordic balance’ familiar from the Cold War a better solution than joining NATO, but in a new way so that Finland and Sweden together
would remain outside NATO but be an integral part of the wider Western European area that develops close co-operation in security and defence.

Why do crises always take us by surprise?

In his book, Haukkala also writes about threats that are greater than the Great Game, the worst of which are climate change, resource scarcity and the loss of biodiversity. These threats have been set in motion by human actions.

Haukkala asks why crises, whether slow-moving or fast-paced, always seem to come as a surprise to us. He cites as a reason the lack of proper foresight and the failure to incorporate insights and our growing understanding of the world into our policy-making processes. A good example is the COVID-19 pandemic, which caught first China and then the rest of the world unawares. In the final analysis, pandemics and other systemic risks are a challenge to our political systems. We need solutions on both the national and global levels, or humanity cannot hope to fare well in the 21st century.