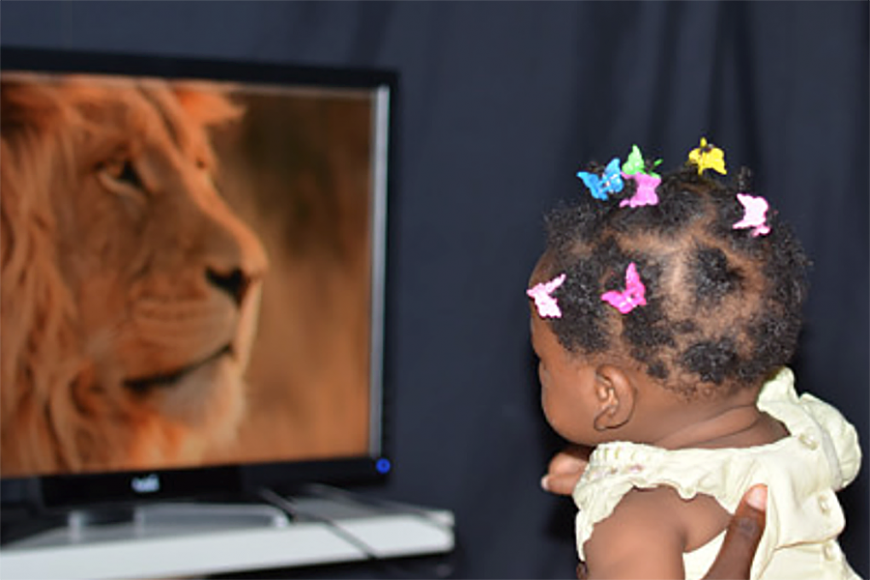 Soon after birth infants focus more to faces than other objects. A study by Tampere University gained new support for the hypothesis that interest in faces develops separately from a child's other cognitive abilities.

The study compared attention disengagement times from patterns and faces displayed on the computer screen in children aged 6-9 months. Data of 637 children were gathered with an eye tracking based method in Finland, Malawi, and South Africa.

The study showed that typical and delayed disengagement times can be distinguished by a data-driven clustering. Delayed attention disengagement from patterns was rare (4%) whereas it was frequent from faces (52%). Additionally, the statistical modelling revealed that an infant’s probability for delayed disengagement was similar between different faces but not associated with the general oculomotor speed.

An animation illustrating the research results can be found here.

Advantages of the study include a broad selection of concurring variables during the eye tracking test. These variables adjust infants’ reactions to repeated trials and habituation.

- This way we were able isolate the face effect from confounding factors better than before, says Doctoral Researcher Juha Pyykkö.

Children’s interest for faces has long been thought to be transmitted through neural systems specialized in this function, distinct from other cognition. However, direct testing of this hypothesis in infants has been difficult due to the limitations associated with the use of brain imaging techniques. The published study shows that analysis of the correlation structures of cognitive processes can provide an important indirect method for studying early brain development.

The research results were published in Scientific Reports.