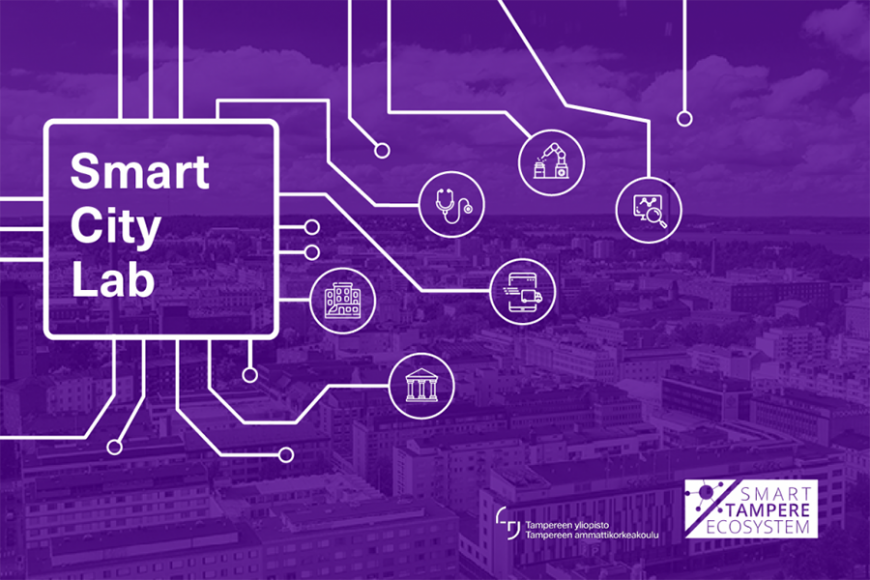 The need for the coordination model arose when it was noticed that the higher education community participates in several Smart City projects but has no overall picture of related work and actors.

The aim was to use the Tampere Universities community’s research and education competence in urban development.

The Smart City Lab’s task was to identify and build connections to establish a research and education network on the Tampere Smart City themes.

“Through intensive work, we succeeded in building a realisable coordination model which has been presented to more than 20 visitor groups from Japan, China, Russia, Sweden, Norway and Finland. The feedback on the simple implementation has been very good,” Project Manager Kai Hämäläinen from the Smart City Lab tells.

Smart City is a global megatrend and several large urban development projects are underway around the world.

“A city of the size of Tampere has better possibilities to develop intelligent urban solutions than for example a metropolis,” states Pohjola.

“In future we need to apply the built coordination model in practice and nominate coordinators from the higher education community to the nine Smart Tampere themes. We will also consider if it could be developed to a 6Aika urban development project,” Hämäläinen specifies.

“We have already succeeded in creating two spinoff projects. One of them is called Älypysäkki and it is estimated to start in September. The coordination model could be a potential tool in deepening cooperation between the city and higher education community,” describes Hämäläinen.

In the long run, the Smart City Lab of the Tampere Universities community is a channel and platform which connects different actors, organisations and people and promotes research and education on intelligent urban development in Tampere.