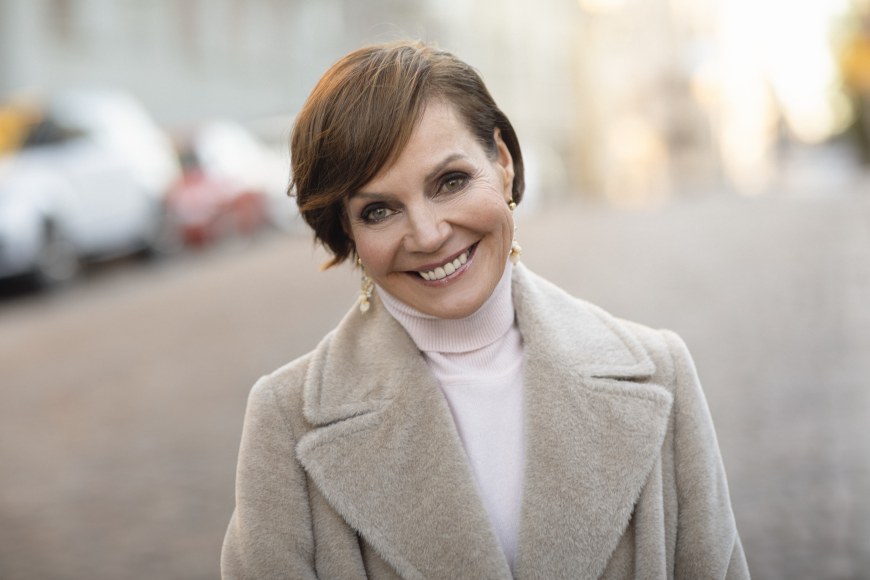 Lena Meriläinen is an actor made famous for her many theatre roles and television series. Meriläinen thinks that she was well prepared for a long and varied career by the acting course at the University of Tampere. She also benefitted from the support of her colleagues – and the subconscious which is working efficiently in the background.

Lena Meriläinen, a 1978 graduate of the four-year acting course at the University of Tampere, now called Näty, is a household name. She began her career immediately after her studies with long contracts at the Turku City Theatre from 1977 to 1986 and the TTT-Theatre in Tampere from 1986 to 1996.

In the mid-1990s, Meriläinen became a household name known for her role as Eeva Mäkimaa, the mother of a family in the Kotikatu television series, which gained enormous popularity. Her most recent TV role is as Lenita Pakkala in the Syke hospital series, which started in 2014 and was recently also made into a feature-length film.

Despite her long career and prominent roles, Meriläinen admits to having been riddled by huge stage fright in the early stages of her career.

“I remember that improvisation courses were very difficult for me as a student even though improvisation is, of course, an essential part of acting. Too often, I kept asking myself how on earth I was going to get through things, but I just got through it all. Now that I’m older, it’s easy to see that there’s no point in locking yourself and being afraid of how you’ll look especially when you are an actor,” Meriläinen says.

Active thinking and the subconscious

Meriläinen began her studies in the four-year acting course at the University of Tampere at a young age straight from school. At that time, new students were admitted at four-year intervals meaning that there were no other fellow students in the same field.

“We were quite a special bunch within the university anyway, as we didn’t share any studies with the students of other disciplines. We also had no elective subjects, so we all studied the same things,” Meriläinen notes.

Most of the studies were practical acting studies: plays were broken down to pieces and analysed together. Scenes from plays were also rehearsed, and complete plays were performed.

On the more theoretical side, the studies included theatre history, which Meriläinen thinks broadened the mind very well. The students also learned about voice techniques, singing and improvisation, and had various technical and physical exercises. Meriläinen, who originally dreamed of a career as a dancer and later trained as a Pilates instructor, considers body control an important tool for an actor.

“All in all, our teachers and directors in Tampere were very competent. My experience is that we were given seeds during our studies, and, after that, it was up to us to cultivate them over time,” Meriläinen explains.

Another important lesson she learned was that the work of an actor is essentially based on thinking. For example, when building a new character, you must first understand and internalise how that person thinks and how they relate to different things and situations.

“This was a key lesson emphasised in our training. I don’t think I understood it deeply at the time, but it has really become clear in practice,” Meriläinen points out.

Meriläinen also considers the subconscious to be an important tool for an actor.

“Now that I am older, I can say that the subconscious is a wonderful thing. It works in the background, even if you are not aware of it. The subconscious collects knowledge, skills and tools that only become visible when you are doing the work,” she says.

After a short period of studying together, the students in the acting course scattered around Finland. Meriläinen’s fellow students went to Rovaniemi, Lahti, Kokkola and Kouvola, among other places, and her own career path began at the Turku City Theatre.

“At the time, it was very much the case that people from Tampere went to work in the provinces while those who had studied in Helsinki stayed in Helsinki. However, the main thing for all of us was being able to do practical work,” Meriläinen mentions.

Meriläinen, who was born in Helsinki but spent her childhood in Tampere, has already reached retirement age but is happy to continue working in the Syke series. Filming is keeping her busy for about three days a week, and her days are also filled with other activities, such as spending time at her cottage.

She has fond memories of her student days and says that she enjoyed the university itself and its surroundings, as well as the famous Teatterimonttu stage. It was an intense time, but also very educational. Meriläinen feels that she learned to act and live despite the tensions she was feeling.

Even though close relatives no longer live in Tampere and work is taking her there rather seldom, she continues to feel warmly about Tampere.

“I really like Tampere and there will always be a place for it in my heart. I find Tampere a sympathetic city and the people are very nice.  Over the years, I have had the opportunity to compare the atmosphere in three large Finnish cities: Helsinki, Turku and Tampere. In my opinion, the most easy-going people live in Tampere,” she says.