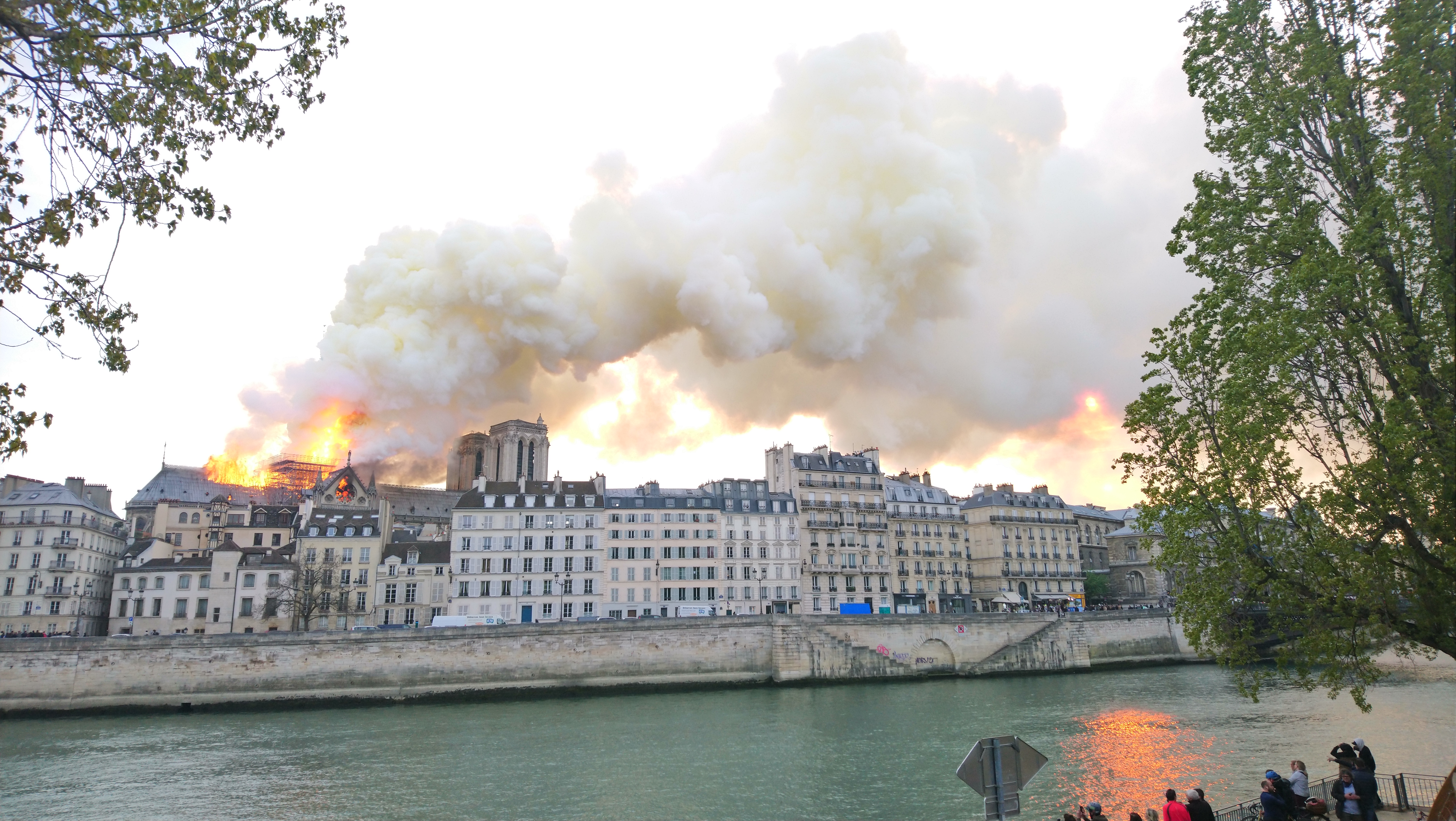 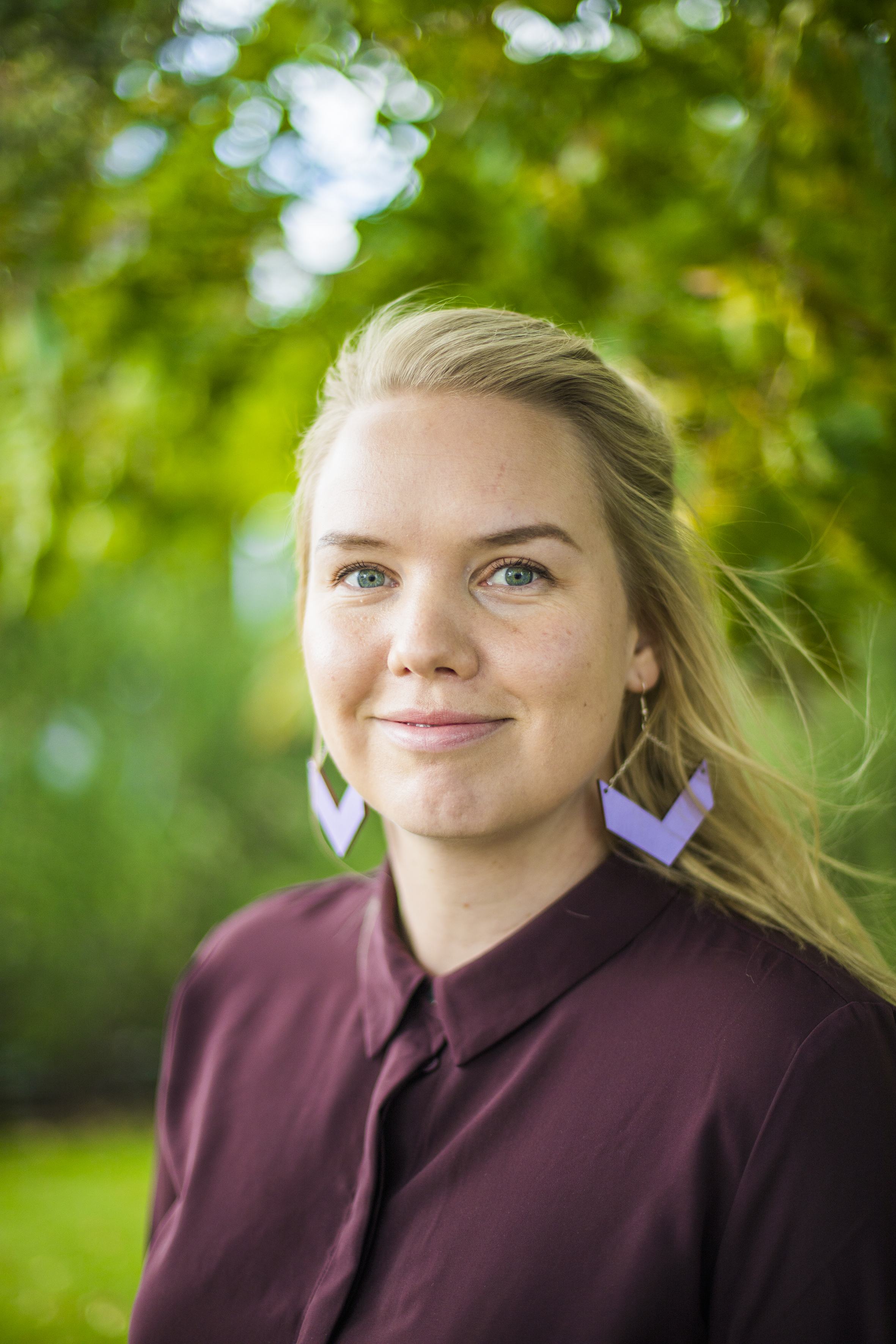 Sanna Lehtinen (MA, MSA) is preparing a doctoral dissertation in public law in Tampere University. The dissertation will concern the rights of future generations as related to cultural heritage.

The contradiction between the economic interests of the church and the state may well be one reason for why the French Government has been hesitant to provide more assistance in the previous years.

The Notre Dame Cathedral Fire has shocked the French deeply and people all over the world have expressed their sympathy in response to it. The Cathedral, built in 1345, has acted as a source of inspiration to a great many artists throughout the years. The silhouette of the Cathedral has been transferred to canvases and films, pages of books, stages of theatres and movie scenes. As such, the Cathedral has become a part of the experiential histories of even those who haven’t joined the yearly queue of over 13 million tourists on the cathedral square.

Cultural heritage has to be juridically recognized

In cultural studies, cultural heritage refers to the sum of those elements of culture that are transferred from one generation to another, either materially or immaterially. Cultural heritage can also be understood as encompassing the cultural elements that are passed on throughout history, creating cultural self-understanding, continuity, identity and togetherness, and so distinguishing a particular culture from all the others.

Notre Dame Cathedral possesses multiple qualities related to its value as a piece of cultural heritage: it is an architectural and artistic landmark, with its rose windows and clocktowers, but also a significant place of worship and a famous historic site. In addition to its material qualities, the Cathedral is connected with a wide variety of immaterial meanings such as knowledge, skills and customs. It is not merely the crashing down of the cathedral’s spire or the collapse of its roof that people are grieving, but rather the traditions and the memories connected with the place as well.

Notre Dame as a subject of international regulation

Notre Dame Cathedral enjoys special legal protection from the perspective of international cultural heritage law. It is protected as a world heritage site, along with the bank of the river Seine. Convention Concerning the Protection of the World Cultural and Natural Heritage, also known as the World Heritage Convention, is an international agreement approved in 1972 by United Nations Educational, Scientific and Cultural Organization, UNESCO. The states that have ratified the agreement can propose cultural heritage sites and natural heritage sites in their area to be included in the World Heritage List. To include a site in the World Heritage List requires that the state party accepts a duty to protect the site and to preserve its values to future generations, in accordance with the principles of sustainable development.

As a world heritage site, the banks of the river Seine, along with all their buildings including Notre Dame, represent the timeline of Paris’ history. The bank boasts an unique collection of buildings from different eras, all the way from Louvre to Eiffel Tower. The criteria set by Unesco for protected sites is after all based on the uniqueness and authenticity of the sites.

In the conversations about the reconstruction of Notre Dame, it has been pondered just how extensive the restoration process should be, given that the original values associated with the building will inevitably suffer. In future restoration, either new materials or possible salvaged materials will be used. This fire, however, is not the the first time a building beloved by the French has nearly collapsed. Even in the past, extensive restoration works have been necessary even at the expense of original values, for example after the French Revolution. Among others, the glass of the treasured rose windows and some of the statues on the facade have been restored in 1800s.

The cause of the Notre Dame Fire is not yet fully understood, but it is believed to be related to the maintenance work that was in process in the building at that time. Fire investigators suspect that the fire may have started from a short circuit of an electrical appliance. The possibility that the previous delay of the maintenance work had exposed the cathedral to fire hazard with its vulnerable structures has also been discussed.

State parties to World Heritage Convention have both negative and positive obligations: the obligation of a state being not only to avoid damaging the sites, but also to proactively defend and advance their protection through national legislation and other means. In France, in accordance with the Laïcité – principle, government and religion have been separated from each other based on a law enacted in 1905. In the 2nd article of said law, it is stated that the government neither recognizes religions nor gives them financial support. At the time of its enacting, the law declared all religious buildings property of the government and local government. Notre Dame Cathedral is owned by the French Government, but the Catholic Church has been allowed to use the building. In practice, facility management of the cathedral has been the responsibility of the Church, with added support from the government. This contradiction between the economic interests of the church and the state may well be one reason for why the French Government has been hesitant to provide more assistance in previous years. Not to mention that there are 44 additional world heritage sites in France as well, all of which require protection from the government all the same.

Problems in regulating the protection of world heritage sites

World Heritage Convention has an internationally pronounced importance in the cataloguing of the sites, their protection and increasing the amount of knowledge about cultural heritage. World Heritage Committee selects any site that will be included in the list, after a nomination proposal of a site has been submitted to them by the public authorities of the state in question. Therefore, for a site to be included in the World Heritage List, it must be subjected to two separate evaluations by separate officials. This excessive classifying of cultural heritage can then lead to artifical and unnecessary evaluating of sites, which in turn might affect people’s perceptions of cultural heritage negatively. Cultural heritage is a totality that consists of both material and immaterial values that give it meaning, without it being dissected for the sake of different kinds of lists. For example, the value of Venice as a world heritage site is largely based on the historic and artistic qualities of its physical landscape, but despite this it is just as much associated with such immaterial values as their own language, cuisine, carnivals and the Gondolier’s Guild.

When Unesco deems some world heritage site to be in danger, it may include that site in the List of World Heritage in Danger. To be included in the list does not constitute a sanction, but rather it is a way to make the protection of the site in danger more efficient. Currently, there are 53 sites included in the List of World Heritage in Danger. Most of the sites in danger are located in vulnerable areas in Africa and Middle East. There are states located in these areas, such as Syria and Libya, whose every world heritage site is included in the List of World Heritage in Danger. Despite the fact that cultural heritage agreements are global, and the majority of world’s countries are committed to them, political power relations and regional vulnerability continue to exert a significant influence on the protection of cultural heritage sites.

What will remain for them

The central aim of World Heritage Convention is to protect the world heritage belonging to us all so that it would be preserved for future generations. If the objective of protecting world heritage is not solely to give future generations the most aestheticized or historic view possible, but rather to also offer a truthful view of the past, the Notre Dame fire must then also be interpreted as a valid part of any truthful historical account of the buildings on the bank of Seine.

International regulation has been used to protect Mayan temples as mankind’s collective cultural heritage, even though the temples represent the destruction of one civilization. Similarly, Auschwitz-Birkenau is a world heritage site that reminds us of things we don’t want to happen ever again. The goal of the Notre Dame restoration efforts need not be merely to conceal any trace of the fire of 2019 from future generations, but instead to add a new layer to the landscape represented by banks of Seine as a memory of the past in the future.

Sanna Lehtinen (MA, MSA) is preparing a doctoral dissertation in public law in Tampere University. The dissertation will concern the rights of future generations as related to cultural heritage.