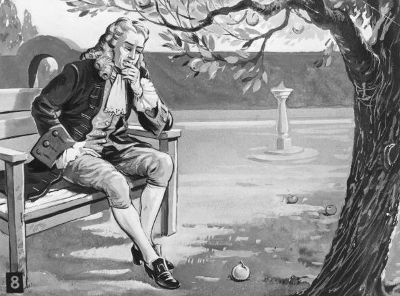 Dr Ali Qadir is a researcher at the Tampere research group for Cultural & Political Sociology (TCuPS), and is presently postdoctoral fellow at the Institute for Advanced Social Research

Innovation is dead … Nietzsche and Nancy on non-sense

… even on an international scale, the Tampere Region has been fostering a wide range of innovations for a long time …
– Invest & Innovate in Tampere

Innovation is the key ingredient of any effort to improve people’s quality of life … Innovation is a means of dealing with global and social challenges … The governance and measurement of policies for innovation should be improved.
– OECD Innovation Strategy, 2010

Alustus! What does it mean: “innovate!” As an imperative. Where is the innovation in being told to innovate, and how to innovate?

Martin Heidegger pointed to the sign of modern times thus:

Heidegger was not interested in a European return to the bible, nor to some imagined primeval innocence in nature. Far from it. But he was concerned about what he saw as the spirit of the times: technology, or, more precisely, a technological perspective on being. For Heidegger, technology indicated an extreme pole of a dystopic vision of truth, one that submitted all of nature to an instrumental, anthropomorphic man who, by technologizing, killed off his own innermost potential for freedom and meaning.

Heidegger rightly credited Friedrich Nietzsche with identifying this concern over the nihilism they both, respectively, saw creeping across modern Europe. Nihilism grew, wrote Nietzsche, from the human compulsion for a need to know, a “will to truth,” a drive to reduce everything to knowledge, and in the modern man’s striving to “bring the truth to light.” Yet, this very will-to-truth destroyed that by which it was founded and from which it emerged in the first place: the “bubbling and frothing energy” of an incommensurable nothingness. Modernity, for Nietzsche, is at least in part marked by the will-to-truth overcoming that which originated it: nothingness. Just so, for Heidegger,

“the suprasensory is transformed into an unstable product of the sensory. And with such a debasement of its antithesis, the sensory denies its own essence. The deposing of the suprasensory does away with the merely sensory and thus with the difference between the two”.[ii]

Once the will-to-truth seemingly helps humans slough off the suprasensory, it eliminates the distinction between the two. And, as a consequence, leaves no distinction between sense and senselessness, between meaning and meaninglessness. This is modernity’s illness in Nietzsche diagnosis. And the prognosis is equally troubling for him, for the will-to-truth doesn’t stop there. Like a serpent devouring its own tail, it continues until it tries to eat its own head by actively willing meaninglessness. For, Nietzsche wrote, humans would rather will meaninglessness than nothing at all.

Now, philosophical thought has a venerable history of interrogating the suprasensory. For a certain stream in this history, the “bubbling and frothing energy” of nothingness that Nietzsche mentioned is transcendence. In this case, modernity is marked by a reduction of transcendence to the sensory. For some, this may be welcome as a subtraction of transcendent reference, for others it is a loss.

But for another stream in this history of interrogation, the nothingness Nietzsche wrote of is incommensurability. For this line of thought, the suprasensory and supra-meaningful cannot be simply sloughed off and still leave the sensory and meaningful intact. The latter are what they are precisely because of the former. Unbidden and unwelcome, incommensurability remains necessary for us to continue making sense. In this thinking, incommensurability is not an abyss forcing us to recoil “into the world” and find joy in immanence, but as the nothingness within the world’s core … hole within the whole. Modernity, then, is marked not by a subtraction but instead by an intense aggravation of incommensurability. The transcendent would thus be a (mis)name given to an absence after its seeming reduction, while in fact incommensurability has been aggravated out of sight in order to accord an all-but-insurmountable privilege to presence, to the visible, the known. For Jacques Derrida – best mis-known for “deconstruction” – this privileging of presence is the history of metaphysics. It shapes the history, among others, of privileging logos over ethos, phallus over vagina, white over black, known over unknown.

Is it any surprise, then, that the most modern sections of our world society, across its depth and breadth, have the most overwhelming compulsion to innovate? Is it any surprise that the institutions most emblematic of modern world society are the ones to submit creation to a systematization of the known, to the iron cage of method? For the proposition here, finally, is that systematic method is driven by the same compulsive will-to-truth, to bring all of creation and creativity “to light.” (And, it may be noted, the rhetoric of formalized method is indelibly tinged with the rhetoric of excellence for which truth-content is, at best, a distraction and, at worst, a liability.)

Only the first sentence of Nietzsche’s madman’s announcement in the town square is quoted. The next two are ignored: “God is dead. God remains dead. And we have killed Him.”[iii]

What is left when we submit innovation to systematic method? The will to innovate, for sure. An ever-reaching, ever-unfulfilled yearning to innovate, to which the only response is … further systematization. The dynamic logic of modern creation is precisely this: a will to systematize eating up the will to create, from the inside out, toward a point (never reached) where there is all system and no innovation.

Yet, this bracket is the very point. These modern institutions continue to produce thought – let us suspend the word “research,” just for now – precisely by ignoring, or secreting away, the systematizing, methodological will-to-truth. In Jean-Luc Nancy’s reading of Nietzsche and Heidegger, the “aggravation” or intensification of the incommensurable is, again, at the bottom of removing the distinction between sense and non-sense. But for Nancy, the seeming closure of Platonic metaphysics upon itself causing this aggravation is also its salvation. He identifies a self-overturning within the enclosure of the metaphysical paradigm that relies on openness to the supra-sensory, dare I say to non-sense. In other words, thought is, if nothing else, dis-enclosure. It is here that Ludwig Wittgenstein’s remarks on creation – consistently across his oeuvre, it seems – are relevant, not least of which Nancy quotes: “the sense of the world must lie outside the world.”[iv] (But, as tempting as it is to examine how this intersects with the proposition here, a reading of Wittgenstein on creation deserves fuller attention.)[v]

For now, Nancy’s observations suffice to suggest that systematization seeks an arbitrary closure, a suppression that is doomed to fail, since the non-sense needed for creation is already there, dis-enclosing itself from within. For Nancy, we require a self-conscious openness to nothingness, to the “ontological incompleteness of reason,” to creating in spite of compulsive systematization. The requirement of reason that emerges is “acquiring the art, the discipline, and the strength to let the obscure emit its own clarity”.[vi] This is “the exercise – strict and severe, sober and yet joyous – of what is called thought.”[vii] “To say it in a word: not to construct but to create.”[viii]

Creating, not construction-ing. This is the best-kept secret of thought, necessary and continually unfolding, despite the most systematic efforts to devour it. For the construction-ing (systematizing, methodologizing) will-to-truth cannot help but repress the truth that is always already dis-enclosing itself:

Out of nothing came something.

[v] C.f. “But once a method has been found the opportunities for the expression of personality are correspondingly restricted. The tendency of our age is to restrict such opportunities; this is characteristic of an age of declining culture or without culture.” Desmond Lee (ed.) Wittgenstein’s Lectures, Cambridge 1930–1932 (Oxford: Basil Blackwell 1980), pg. 21.

Dr Ali Qadir is a researcher at the Tampere research group for Cultural & Political Sociology (TCuPS), and is presently postdoctoral fellow at the Institute for Advanced Social Research