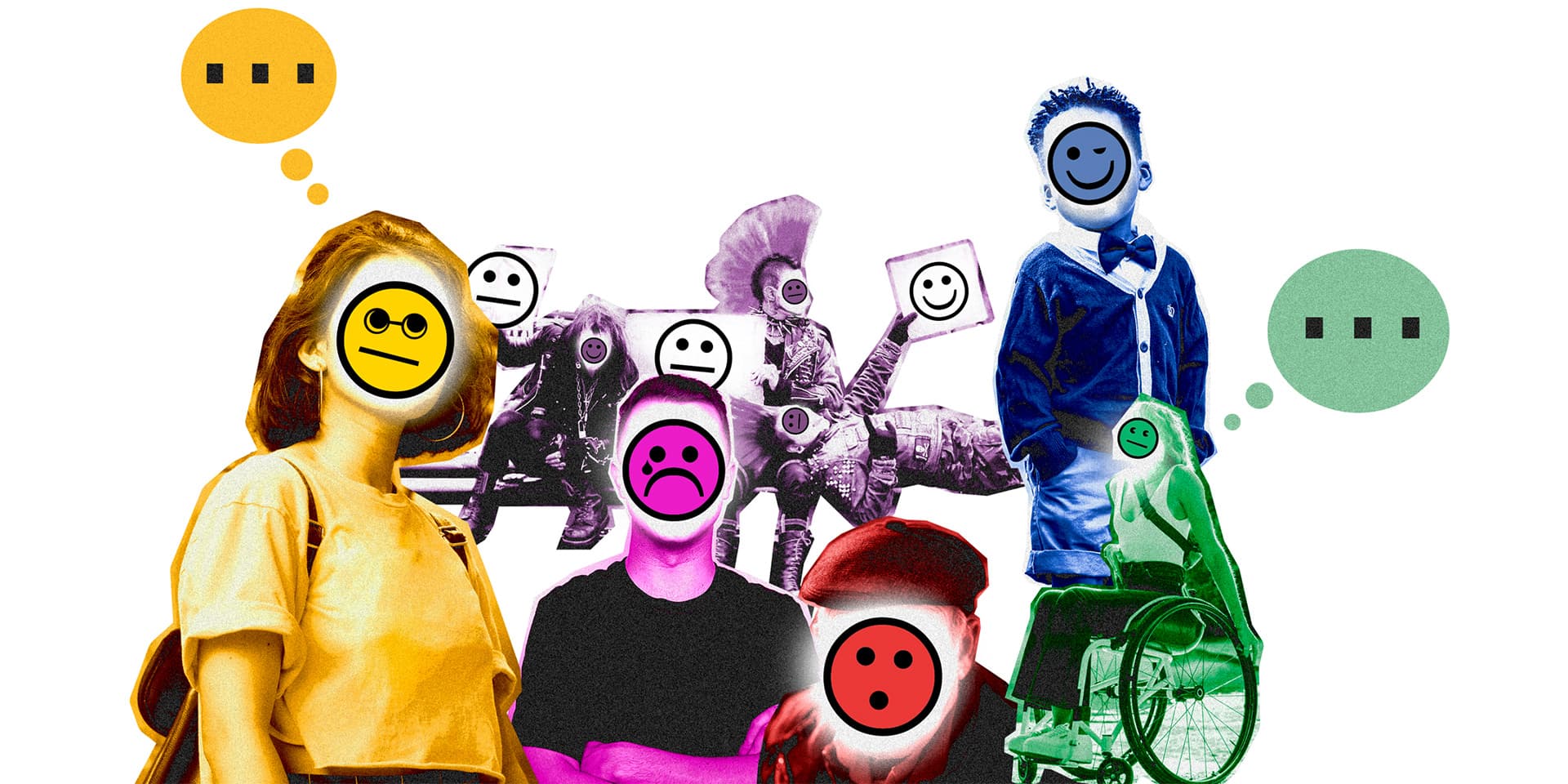 Talking of people who do not have the courage for participation can turn into a self-fulfilling cycle. That is why it is important to remember that quite a few people still dare to participate and are also happy to have influence. Public debate is not permanently ruined.Photo: Unsplash & Jonne Renvall, Tampereen yliopisto

Do I have the guts to participate?

Many people would rather keep quiet about their opinions than participate in public debate where discussers are accused, stigmatised, and bullied. What should be done to improve this perception of public debate? Media and communications researchers Laura Ahva, Mikko Hautakangas and Auli Harju talk about this predicament.
Copy link to share this page
9 min
Published:
03.12.2021
Author:
Virpi Ekholm

A politician expresses her opinions on Twitter and is bombarded by an avalanche of ridicule and deliberate misunderstanding.

A journalist writes a story on a highly divisive topic and receives threats and hate speech on online discussion forums.

Any one of us may wonder whether we dare to participate in public debate at all. Can only those who can withheld public abuse express their opinions?

“I think that if people no longer dare to participate in public debate, it is a real threat to democracy. Authoritarian regimes are based on people first not having the courage to speak out and then not being allowed to do so,” says Laura Ahva, associate professor, and Academy of Finland research fellow at Tampere University.

For example, it is getting harder to find candidates for municipal elections because many people fear anger and outrage. According to Ahva, many journalism students also feel insecure about journalism as a profession.

Many people also wonder if it is worth accepting a journalist’s request for an interview. Where will the interview end up and who will comment on it?

“The same story can be published in all the magazines and online and social media outlets of a media group. From there, it can start to polarise and end up anywhere,” Ahva points out.

Everyone seems to agree that public debate should be improved. However, people have different views about what is wrong.

Mikko Hautakangas, a media and communications researcher at Tampere University, says that the calls for better debate can also be perceived as limitation and exclusion.

One example of this was the criticism that the Green local politician and psychologist Pekka Sauri recently received for handing out weekly awards for constructive tweeting (#rakentavatwiittaaja) to other Finnish Twitter users.

“Sauri’s intentions were good: he wanted to improve the discussion culture on Twitter by giving positive attention to those with good discussion manners. However, some people felt that those who have dominated public debate in the past were trying to consolidate their own influence and exclude angry voices,” Hautakangas says.

People have every right to be frustrated and even outraged.

He points out that people often get involved in civic and political activities because of some emotion. For example, the threat of local services being closed may arouse fears and concerns in residents, which should not be downplayed or dampened.

“If people are told that we will not listen to you because you talk in such a nasty way, it excludes them unnecessarily. We should distinguish hate speech from angry speech that arises from citizens’ indignation. People have every right to be frustrated and even outraged,” Hautakangas explains.

Consultation and participation are currently emphasised at all levels of government. According to Hautakangas, the problem is that people do not always want things to change. They want to have the same debate as nicely as before, just with slightly more people in the debate.

“If we want to involve the marginalised groups in society and make public debate more diverse, it inevitably changes the debate and the conclusions we should draw from it,” Hautakangas mentions. When we invite people to a debate, we should also be ready to listen to them and change our behaviour.

A utopia that never came

Today, one culprit for the escalation of public debate is social media where anyone can express their opinions without the gatekeepers of letters to the editor sections.

Auli Harju, a media and communications researcher at Tampere University, recalls with some amusement the visions about online debates created at the beginning of her research career 20 years ago.

“Back then, the aim was to create online communities and give citizens a voice. The internet was regarded as offering an opportunity for democratic debate and a better, more inclusive society. Looking at it now, that was pretty utopian,” Harju says.

After a while it was found that people did not obey the intended rules of the debate. One raged, another mocked and a third just wanted to stir things up. 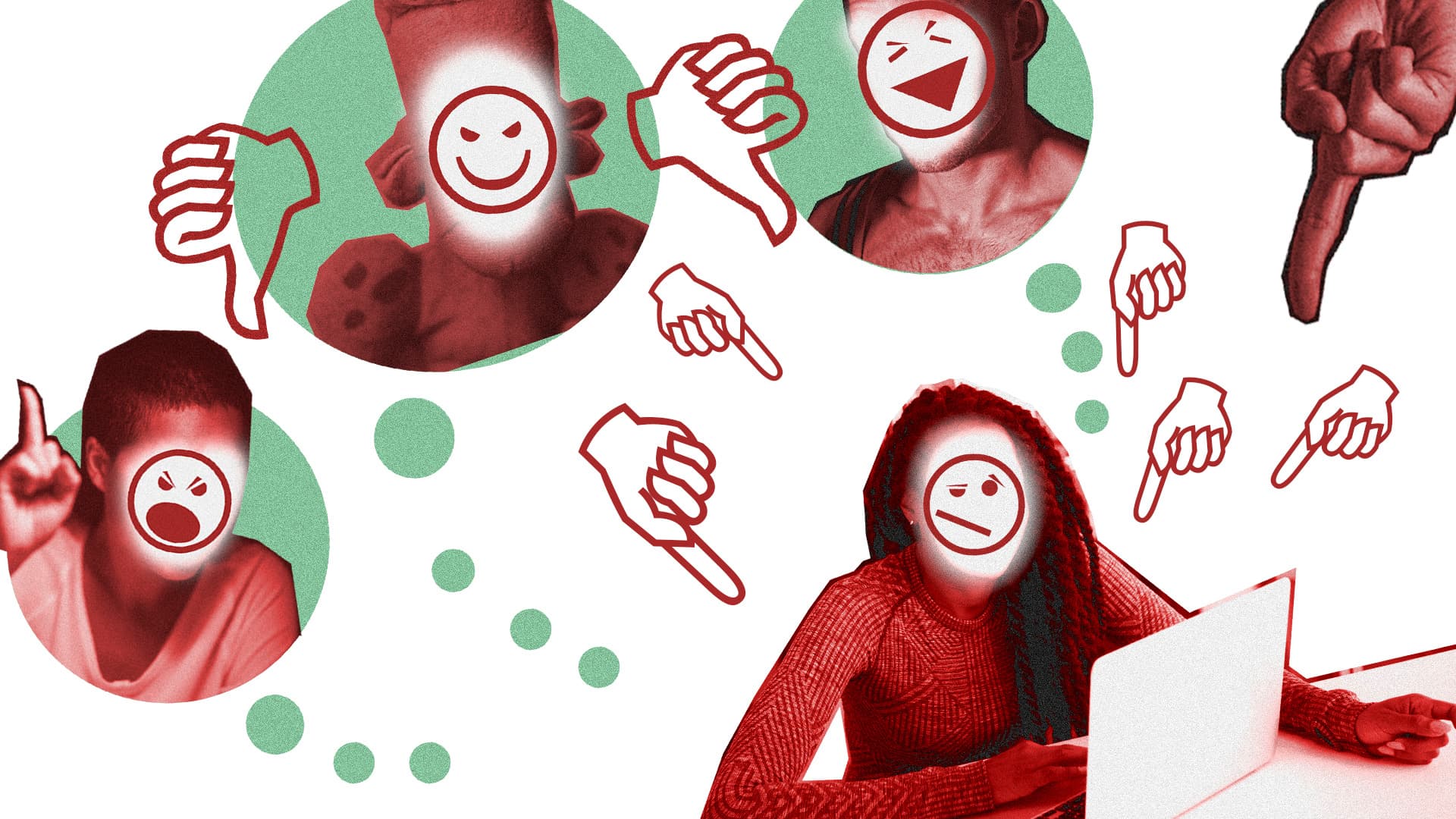 The fear of aggressive feedback can scare people away from stating their opinions publicly or giving interviews to journalists.Photo: Unsplash & Jonne Renvall, Tampereen yliopisto

Currently, debates are often conducted from ready-made camps and potholes and people do not always genuinely want to hear dissenters’ voices.

“We imagine we can identify clear camps of I am this and they are that. However, like-mindedness and disagreement are often strongly imagined. We can belong to many different groups simultaneously and think about things to very different degrees," Harju explains.

The biggest problem with public debate is that it is not really a debate at all. It is more like a banter or a game where people try to defeat others verbally.

Despite all this, Harju sees social media as promoting the very values they were hoped to promote.

Considerably more people can now make their voices heard outside their own circles. Social media discussions often have tangible impact as #metoo and Punkstoo show.

Metoo was originally a Twitter and Facebook campaign to highlight sexual harassment experienced by women. Its Finnish little sister Punkstoo is an anonymous Instagram account that revealed the sexual harassment and violence of punk music circles. Both have resulted in concrete measures in the world outside social media.

For many, peer support and interaction are the most important facet of online discussions. Harju has studied the discussers on the Suomi24 online forum.

“On the forum, people can anonymously share things that they are unable to tell their acquaintances in person. They can ask for advice and share experiences with people in similar situations,” Harju says.

“Something about the interaction between people is really addictive because so many people do it and keep returning to social media channels," Harju mentions.

Algorithms that can fuel the escalation of opinions are a whole different story. Harju just got a first-hand reminder of this when she watched a Facebook video of a little boy trying to get a recalcitrant pony into a stable. For a while afterwards, the app kept offering her videos of people and horses in conflict.

“It is bewildering how accurately algorithms distinguish between content and provide users with exactly what they have already shown an interest in either intentionally or unintentionally. On the other hand, this also makes the existence of algorithms visible and potentially awakens us users,” Harju adds.

What could media and journalism do to improve this perception of public debate?

Hautakangas and Ahva have explored the issue in the Conciliatory Journalism project, which developed ways of dealing with sensitive issues.

In the media, we often get stuck in the present.

“We should support diversity in the media and highlight the experiences of different people and groups. Journalists should avoid simplifications and report about the world in a multifaceted way,” says Hautakangas.

Today, media often do the opposite. News is made about a politician’s juicy, populist rant that stirs up a social media storm. The most strident commentators are sought out as interviewees and stories are built around confrontations.

The idea behind conciliatory journalism is to create space for constructive disagreement and to help the public understand those disagreements.

“In the media, we often get stuck in the present. However, there is usually a long history of how the different perspectives have emerged. Journalism could open up these backgrounds and look for possible solutions,” Ahva suggests.

The key is for journalists to listen to and try to understand their interviewees even if they do not necessarily agree with their opinions. They can also repeat the interviewees’ comments back to them and ask: “Is this how you wanted to say it?”

“When this happens, the people often reply that they did not mean to say the things so blatantly. This can reduce unnecessary conflicts and misunderstandings,” Hautakangas emphasises. 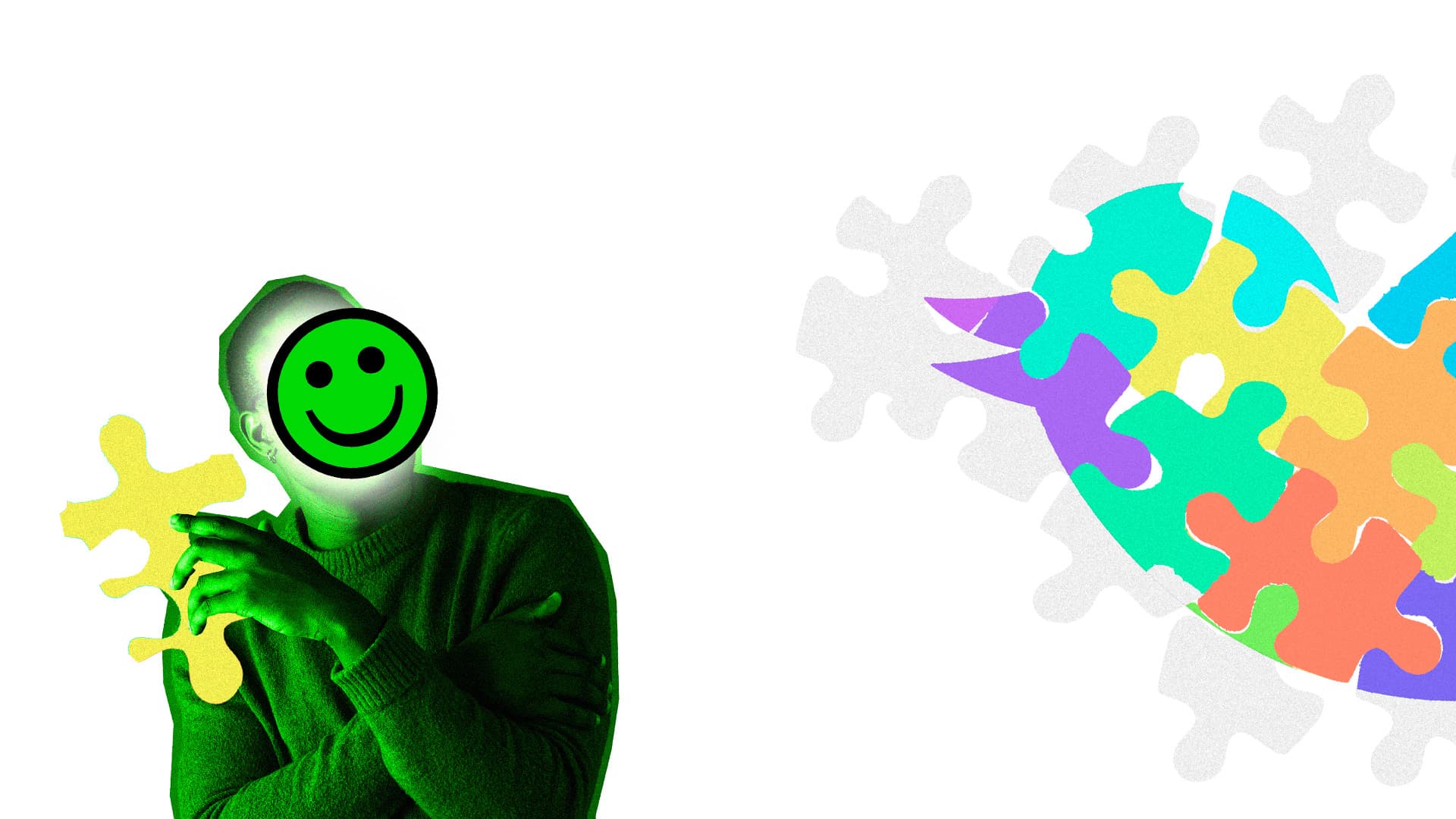 Like-mindedness and disagreement are often strongly imagined. We can belong to many different groups simultaneously and think about things to very different degrees. Instead of stigmatising, each of us could reflect what kind of online discussion we want to promote.Photo: Unsplash & Jonne Renvall, Tampereen yliopisto

Take a breath and a pause

Each of us could reflect which kind of discusser we want to be and what kind of online discussion we want to promote.

When you are about to send a heated online post, take a deep breath and re-read the text before pressing enter. Perhaps you can also re-read the message you are replying to.

“Your own interpretation is often based on what you have read about the topic before or how you feel about it. One sentence or word choice can trigger that feeling,” Harju reminds.

Many people wonder whether they dare to publish an opinion piece or a web post on an important topic and avoid getting nasty feedback and criticism. Even then, Hautakangas urges people to consider how to open the debate.

“Are you trying to provoke and appeal to concerns and fears in a polarising way? Or is your post sufficiently considered and many-sided in itself? Your actions can influence how your writing is received,” Ahva says and adds that it is better to build your post from your own experiences rather than from a collection of heated opinions. That makes your views more understandable.

“Journalists can also ask interviewees what happened in concrete terms when they realised that they were thinking in a certain way,” Ahva adds.

Moderation clears out the worst obscenities and illegalities from online discussions. However, it is ultimately each discusser’s responsibility to reflect on and regulate their own behaviour.

It is pointless to imagine that you know who the other person is and what they think about the world.

Instead of blaming the writers and arguing, you can ask what makes someone think the way they do.

“I wish people would understand that there is another person with their own context, problems and joys behind the screen. It is pointless to imagine that you know who the other person is and what they think about the world. People are often labelled as members of a certain camp based on very small clues,” Harju says.

Everything is not terrible and ruined

The media have repeated ad nauseam how divisive public debate is and how difficult participation is. This story is also part of the same continuum.

Talking of people who do not have the courage for participation can turn into a self-fulfilling cycle. That is why it is important to remember this:

“Quite a few people still dare to participate in debates and quite a few are also happy to have influence. This means everything is not scary and terrible, and public debate is not permanently ruined,” Hautakangas points out.

Media could also highlight contributions that are exceptionally multifaceted, moderate, and constructive. Such stories may not get the most clicks, but they can increase understanding between people with different views.

“We should trust that readers value and find important even complex and not just emotional stories. That is why journalism differs from social media," Hautakangas says. 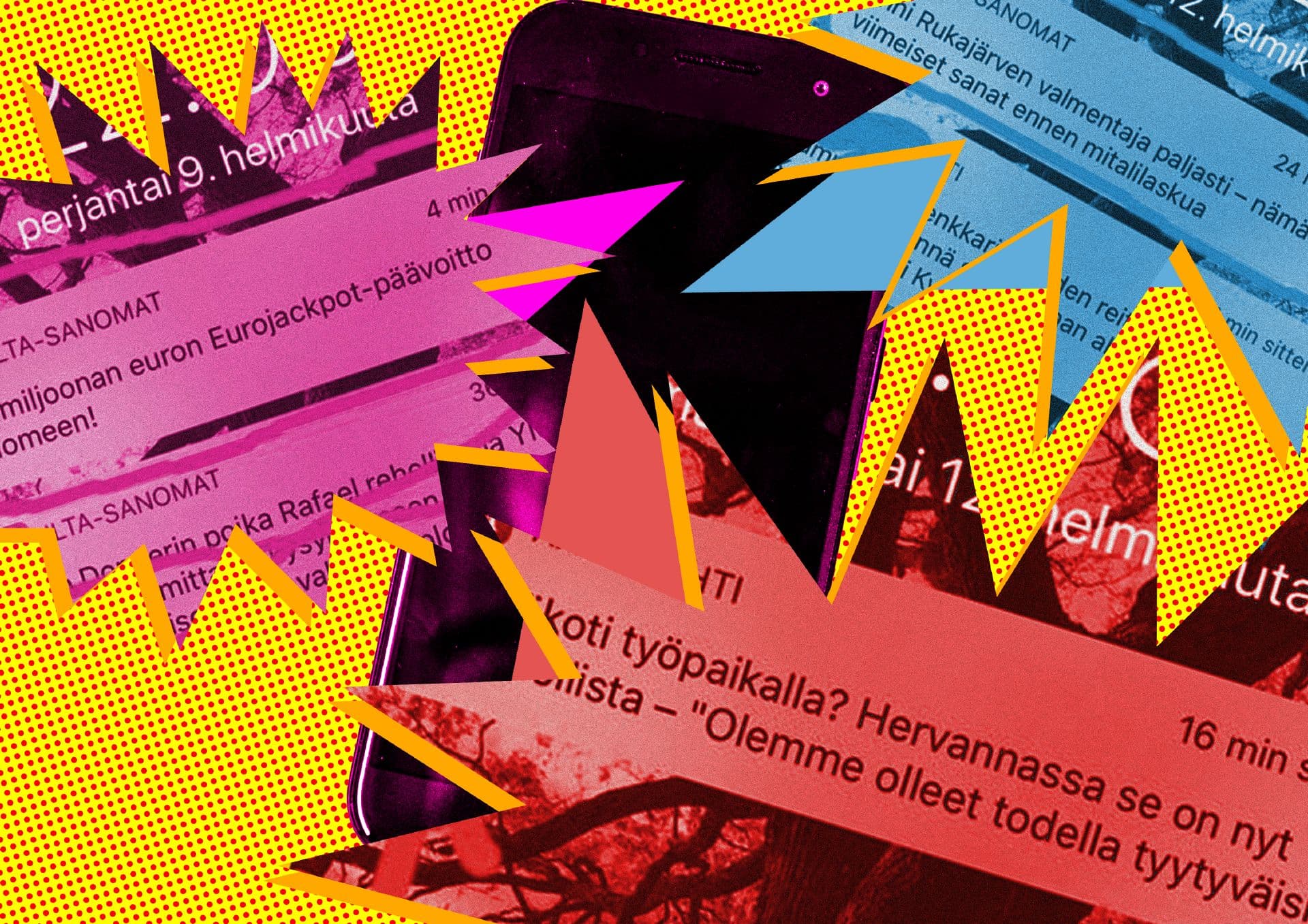 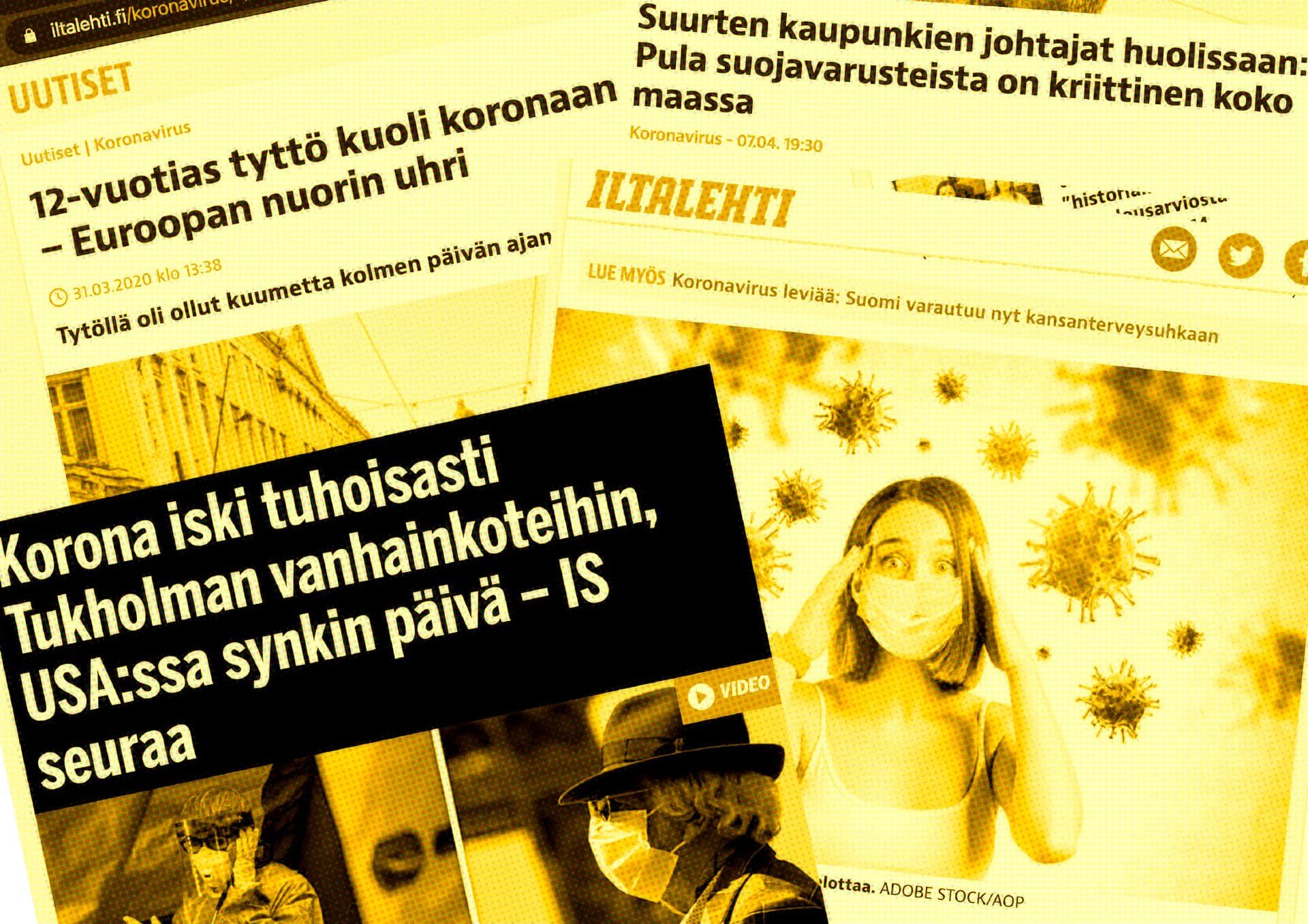 High-quality journalism does not feast on Covid-19 fears