For young Finns, there is no justification for online hate speech 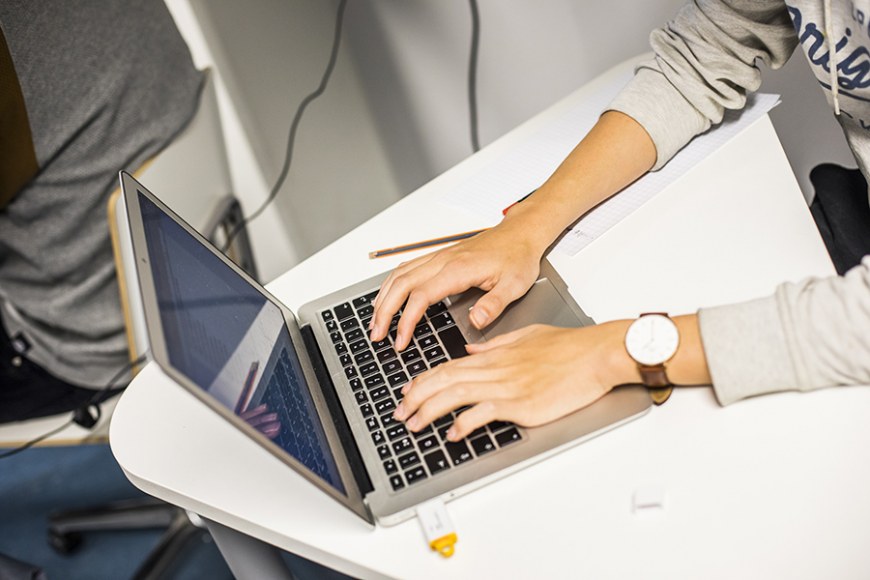 Finnish children and teens are quite tolerant and do not think there is any justification for online violence or bullying. This is evident from the EU Kids Online study Tampere University conducted in Finland. The study analysed nation-wide material on the ways 9-17-year-olds use the internet.

Finnish children and teens have access to the internet whenever they want. Ninety-seven percent use a smartphone. About 85% of all the respondents spent time online every day, but of secondary school pupils, over 80% go online several times a day or almost continuously. On school days, young Finns spend 1–6 hours online, typically approximately three hours. Particularly at weekends, the older research participants spend a lot of time on online activities. Age is an important factor because secondary school pupils are almost constantly online.

Active internet use mainly focuses on entertainment, such as gaming, and using and communicating various content or social media services.

Gender does not have an impact on user activity, but there is a significant difference in service use or agency. Boys mostly seem to play in global forums and to explore various digital contents. Girls tend to communicate and share content within their own familiar circles.

The internet fills empty moments in everyday life and leisure, and dissipates boredom. Very few of the respondents were societally active yet or used the internet for other purposes than entertainment and schoolwork. Traditional social media or participation in various campaigns were particularly unpopular because only 10% of the respondents considered they were active in them.

The Finnish respondents in the EU Kids Online study are quite accustomed to and knowledgeable in the use of digital environments. Secondary school pupils are of the opinion that they are skilled in retrieving information and fact-checking. They also considered themselves competent in producing and sharing content. They also knew how to use the internet safely.

“In primary school, many are still developing their online skills, meaning that they would be an ideal group to instil critical media literacy and safe internet use,” says Sirkku Kotilainen, professor of media education at Tampere University.

The EU Kids Online study was conducted as an online survey in Finnish schools in January-March this year. The survey was answered by 1,322 9–17-year-olds from the grades 4–9 in primary and secondary school. The sample was regionally representative. The respondents were randomly selected from Finnish primary and secondary schools by using geographical weighting based on the number of residents in each area. The basic unit for carrying out the survey was the school class, and the questions were typically answered by 70-100% of the pupils. As expected, there was an equal number of boys and girls in the sample.

The topics covered by the survey included the experiences of children and teens online, such as opportunities to participate and the different risks they face. The participation opportunities focus on listening to the children’s voice online and in the media. The risks include, among other things, hate speech and the ways the young people encounter it. Digital skills, especially children’s media literacy, were a new perspective in this survey.

The aim of the study is to support communication and educational policy-making in the participating countries and across Europe.

The EU Kids Online study was carried out in 14 countries in the past year (2018-2019). The year 2010 was the previous time the study was conducted in 25 countries supported by the European Commission. For the 2019 survey, resources were collected from national sources.  In Finland, the survey was funded by the National Audiovisual Institute KAVI. This study is also part of the Global Kids Online study, which collects data more widely across the world.