Teachers must also have time to learn 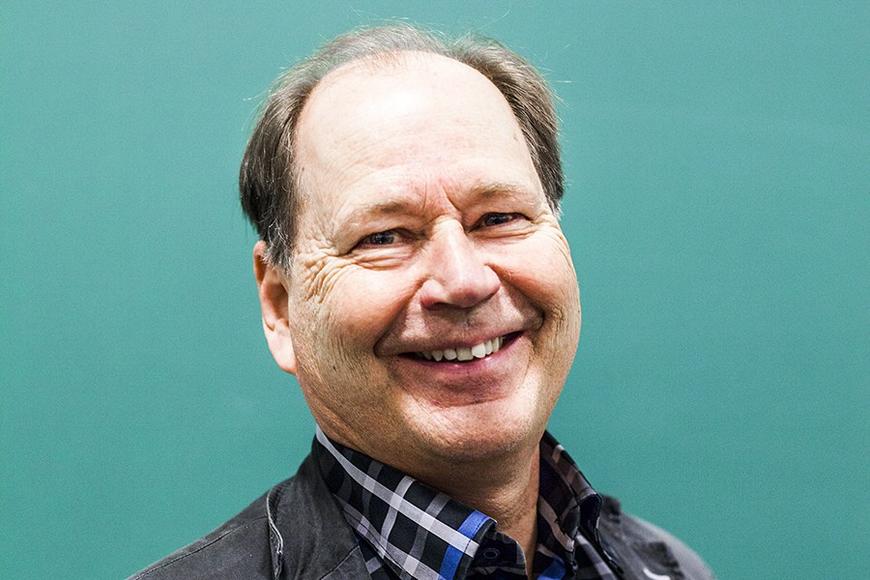 Professor of Education Eero Ropo has worked at Tampere University for over 40 years.
“Time pressure is a problem in teacher training: there is not enough time to include all relevant things. Thus, teachers should have the opportunity for continuous learning and development while they are working,” says Professor of Education Eero Ropo. Dr. Ropo has worked as a teacher and researcher at Tampere University since 1978 and as a professor of education since 1996.

“The biggest change in the history of teacher training was probably making it a master’s degree programme in 1979. Finland was the first country to raise teachers’ qualification requirements to that level. The effects of the reform can be seen today in the good results in the international school and education comparisons,” Ropo says.

According to Ropo, making teacher training a university degree has changed the way teachers perceive and solve problems. The graduates also have a certain degree of independence as well as creative criticism about what should be taught and learnt at school.

Ropo praises the openness of dialogue between the government and academia and the trust political leaders place in scientific expertise.

“This is reflected, for example, in the high level of teachers’ autonomy in Finland. Schools do not slavishly follow certain teaching methods or merely teach pupils to succeed in exams. Instead, teachers take care of the well-being of pupils comprehensively. They understand learning as a multilevel process that is more than success in tests,” Ropo says.

He supports raising the minimum school leaving age to 18 as outlined in the new Government Programme. With this reform, upper secondary education will be made genuinely free for all, which means that textbooks and other learning materials are free for the pupils.

“In practice, approximately 80-90 percent of pupils continue their studies after comprehensive school in either vocational colleges or upper secondary schools. For them, the reform is only about getting rid of costs,” Ropo says.

“Those who do not currently continue their studies on the upper secondary level need more personalised support and, as a nation, we must be able to afford it. If the reform is implemented properly, I believe that the marginalisation of young people will be reduced and young people will be better directed towards independent living,” Ropo explains.

Teachers need to instil faith in the future

Ropo believes that it is extremely important for teacher training to remain aware of the basic conditions in which children and young people grow into adults. In addition to parents, teachers are important educators who teach young people the elements whereby they create their own stories for the future.

“It is not just about teaching certain skills and abilities but about having everyone leave school with a positive, realistic and hopeful outlook on themselves,” he says.

“The world around us is constantly changing, and the flood of information is shaping our self-image. It also forces schools to invest in understanding and building the pupils’ sense of themselves and the future through a positive outlook. All modern methods and tools are a great help in such training,” Ropo says.

Ropo finds lack of time a problem in teacher training: the skills and competences required of teachers have increased and it is hard to find time to teach all the important issues.

“Teachers should therefore have opportunities for the continuous development of themselves and their schools along with their demanding and time-consuming work. I would also like to see more of this in the work community because learning and development are communal activities,” Ropo points out.

According to the most recent PISA study, the gender gap in Finland is one of the largest in the OECD countries and the impact of the families’ socio-economic status on the children’s skills levels has grown further. According to Ropo, it was previously thought that gender differences in schooling are due to most teachers being women. At that time, it was believed that having gender quotas in teacher training were the solution.

“In the age of equality, it is difficult to deal with the differences between boys and girls, but practical knowledge shows that we may not be able to take sufficient account of individual differences. Some pupils need more support and guidance than others. The more school requires pupils to be self-directed, the more homes should be able to guide children in leisure time and influence their attitudes to school. Perhaps these problems are beginning to be reflected in the PISA results,” Ropo says.

The PISA results show that, overall, young people’s literacy skills have remained on the previous level, but the number of weak readers has clearly grown. In particular, boys’ poor skills and motivation for reading have caused public concern.

“Boys read when the texts are interesting enough,” Ropo says.

“Generally speaking, the challenge of education is a question of meanings and significance. Teachers should be able to answer the why questions: Why do we read or study this? Why is this important?  However, meanings cannot be transferred from teachers to pupils directly. Pupils must construct the meanings themselves, but teachers can show a good example,” he adds.