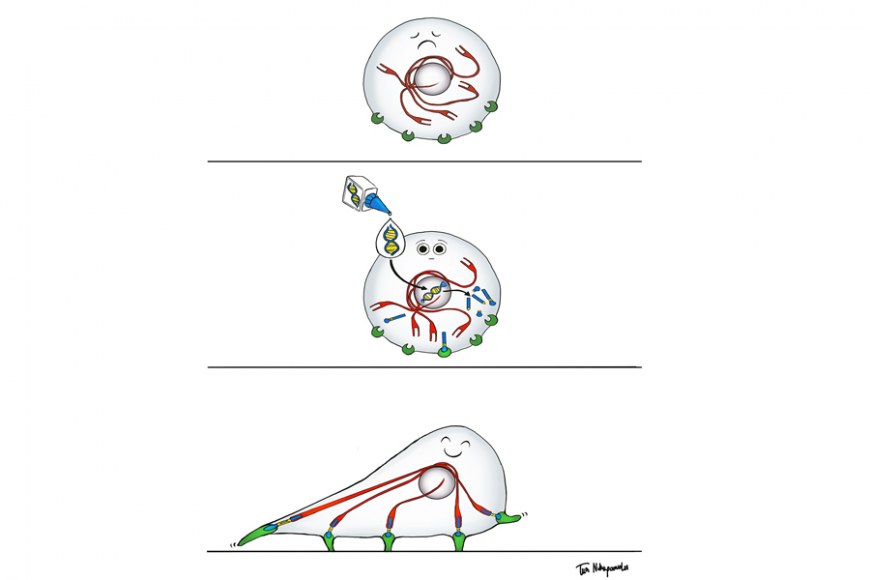 A collaborative effort between the University of Oxford and Tampere University was carried out in order to engineer a molecular super glue that provides a fast, resistant and precise bond between selected protein molecules. The super glue was formed from a peptide-protein pair that can be introduced to cells via DNA and used in intracellular reactions when fast, resistant and precise bond between molecules is needed.

The study was published in the PNAS journal, which is one of the world’s most frequently cited scientific journals that publishes high-impact research of exceptional importance.

In nature, protein interaction are usually reversible. However, irreversible protein coupling can provide tools that could be used in therapeutics, diagnostics, designing new biomaterials and vaccine development. With other approaches, there have been issues with unwanted interactions with other proteins, weak interactions or low affinity, which have been overcome by using the components needed in excess.

In this study, a protein-peptide bond was engineered which has many advantages over the previous versions and broadens their use in different applications.

“There are several advantages with this engineered protein bond. First, the protein pair forming the bond is made of natural building blocks, amino acids. Second, the bond is formed with high affinity and the reaction speed is close to the natural protein diffusion speed, indicating that the reaction takes place almost as fast as the laws of nature allow. The reaction speed and specificity allows the use of only a small amount of the components, making it possible to use it in intracellular reactions with limiting the amount of adverse reactions,” explains Post-doctoral Fellow Paula Turkki from Tampere University.

As one approach to study the resilience of the engineered protein pair that forms the super-glue, cells were programmed to produce the super-glue as part of a divided mechanosensitive protein that is essential for the cells to move. The research team was able to glue together the protein fragments and restored the cells’ ability to move. By engineering different versions of the glue, they were also able to regulate the migration speed of the cells.

“Within the complex environment of mammalian cells, where there are pools of different molecules and dynamic interactions taking place, the demand for accuracy and resilience are way beyond the reactions that take place in a test tube. The mechanosensitive protein used in the study senses and conveys mechanical information within the cell, and the engineered protein bond was shown to withstand the forces and mechanical strain that the protein experiences,” Turkki adds.

This protein-peptide pair forming the super-glue is a promising molecular tool to be used in biotechnology and biomedical applications where fast, specific and lasting coupling of biomolecules is needed.

The European Research Council, the Academy of Finland and the Finnish Cultural Foundation supported the study.