”I was in Mallorca yesterday” – augmented reality brings wellbeing 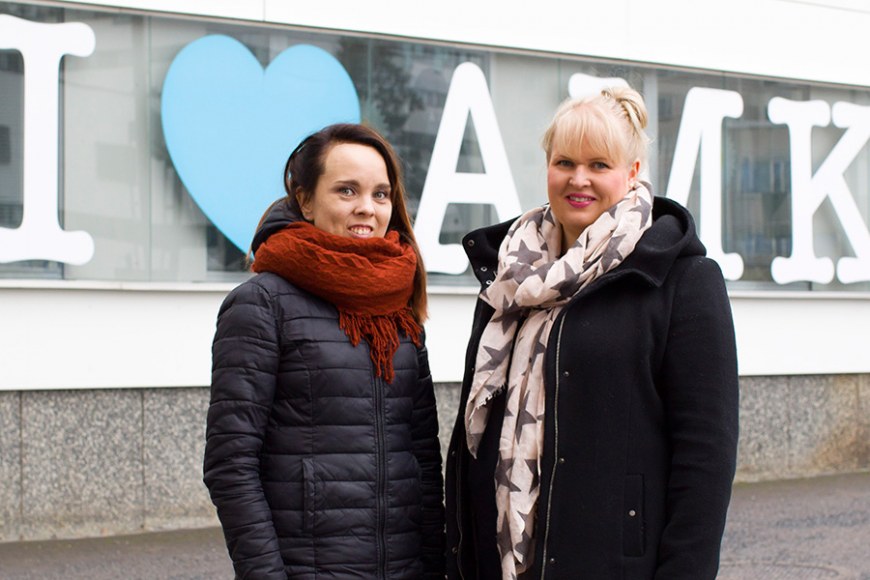 One of these days, the possibilities given by augmented reality may be a part of client service in social and health care. It is possible to experience emotional reactions and immersion accessibly and safely through the virtual world.

A recent study has already shown the positive wellbeing effects of virtual glasses. Elina Ruostila-Paakinaho, Niina Kärkkäinen and Taija Tuominen, who completed a master’s degree in social services at Tampere University of Applied Sciences, studied experiences produced in the virtual reality and their wellbeing effects among mentally disabled adolescents, elderly people and prisoners. The study and related master’s thesis were made in a national project called Virtual Medicine – Creative Competence for Social and Health Care.

“Last spring we implemented five experience pilots among 80 clients and 22 nursing staff members. The purpose of the pilots was to test wellbeing effects of 360° videos and virtual glasses,” tell Kärkkäinen, Ruostila-Paakinaho and Tuominen.

The research data consisted of observations on participants’ reactions and semistructured survey forms. The respondents answered to wellbeing statements before and after using the virtual glasses.

Clients had a good selection of 360° videos: art exhibitions, choir performances, nature videos and music videos. Nature videos opened the possibility to experience the Amazon rainforest, undersea world, space or winter nature. Music video experiences were strengthened by the viewer’s possibility to join the band on the stage. Pirkanmaan Senioripalvelut and the Virtual Medicine project made videos in which people sang folk songs in a yurt.

Ruostila-Paakinaho tells that the 360° videos enable travelling, nature and culture experiences and participation in events which would not be possible otherwise.

“Interactivity of the 360° virtual videos increases immersion, which makes the experience deeper,” states Kärkkäinen, who has experience in watching videos and virtual games.

Positive results in all groups

The research results showed that the virtual reality had wellbeing effects in all target groups. The most positive results were gained among prisoners and mentally disabled adolescents. Prisoners experienced most immersion in the videos and the largest wellbeing effects. Mentally disabled adolescents also immersed in the videos well. Experiences varied in the target groups: some were moved, some felt themselves free and others relaxed when watching the videos. Videos also instilled childhood memories in some clients.

An elderly lady was moved to tears when watching a choir performance video. Music had been her whole life, describes Ruostila-Paakinaho.

“The participants’ most notable emotional reactions were being moved and surprised. Then we knew the participants had an important experience which gave them strength,” tells Ruostila-Paakinaho.

Watching a virtual video made a prisoner think about staying on the straight and narrow. Then it would be possible to go to a real concert.

One of the clients had travelled a lot earlier. Now she visited Mallorca by means of a virtual video and wanted to call her daughter that she had finally been there.

Virtual reality as a possibility

Staff of the participating social and health care organisations saw possibilities in the virtual reality but technology and usability should be improved.

“Virtual experiences were considered good in offering a change in the everyday life,” tells Tuominen.

Virtual experiences are already used widely around the world, for example among prisoners. In Finland, augmented reality is used among children and adolescents.

“I believe that use of virtuality will also become more common in Finland as the technology develops,” tells Kärkkäinen.

See video on the thesis

Link to the thesis