Please help us develop our website by filling out a short survey. The link will open in a new window.
Dismiss 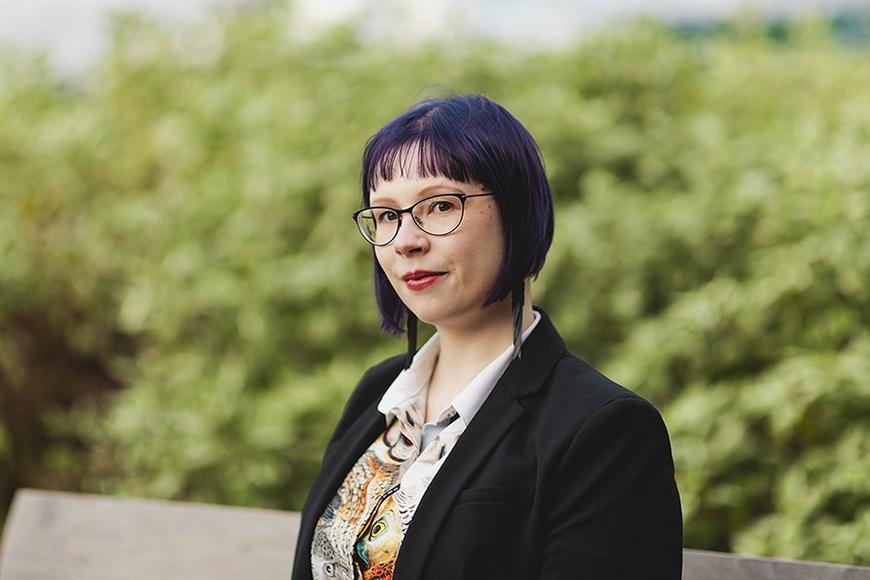 In her dissertation, M.S. Sc. Anna Rantasilta delves into the intersection of the hybrid media environment and mediated feeling by examining the role of affect in the coverage of the Fukushima Daiichi disaster. She focuses on how affects circulate and stick in the mediated narratives about Fukushima Daiichi in Finnish and international contexts, in both journalistic reporting and social media discussions.

Set off by a magnitude 9.0 earthquake and a subsequent tsunami, the March 2011 Fukushima Daiichi nuclear power plant disaster was, in some ways, a series of simultaneously cascading events that appear to reflect several aspects descriptive of the early 21st century. The disaster resulted from multiple failings in a complex sociotechnical system set in motion by an unexpectedly powerful natural phenomenon. As often during major disasters, the mediated coverage of the Fukushima Daiichi disaster was not just about what had happened and what was about to happen, but also about how the people involved in the events, either directly or vicariously, felt about what they experienced.

The introductory part of the thesis addresses the contemporary conditions of the hybrid media environment from a theoretical and methodological perspective. The aim of this section is to combine the understanding of affect with the notion of the public in a hybrid media environment, in the particular case of media coverage on the Fukushima Daiichi disaster.

Presenting the results of case studies conducted between 2014 and 2016, the five publications included in this dissertation open diverse angles to affective dynamics of social media discussions and journalism. Through their versatile empirical settings, the articles contribute to the ongoing debate in media studies on how contemporary social media shape the public discourse. The articles illustrate how social media simultaneously act as platforms enabling various types of public expression and allow for private multi-billion-dollar corporations to create revenue through collecting and selling the data generated by their users. The articles also discuss how users shift between different actor roles in these settings, moving between being the audience, informed citizens and peers exercising their right to public speech.

Each of the case studies provides a distinct angle to the actors and platforms that constitute the hybrid media environment. In two articles (Publication I; Publication V), the focus centres on the popular social media applications Twitter and Facebook, the analysis illuminating how affect circulates and sticks to certain figures in the conversations, and how affect is structured around cultural conventions, such as ritualised commemoration. One article (Publication III) examines what role traditional mainstream news journalism and scientific expertise play in circulating affect. Two articles (Publication II; Publication IV) examine how people use a mainstream media’s online commenting platform to express opinions and emotions about the news coverage of Fukushima Daiichi yet discuss scientific expertise in the same context.

The results of the presented case studies provide new insights into the role of traditional mainstream journalism and social media during a global, disruptive event. By focusing on the concepts of affect and affective discipline, the study not only provides an analysis of media discussions about the Fukushima Daiichi nuclear disaster that confirms previous results on the cultural circulation of affect, but also expands the knowledge on how journalistic practices and public discussion influence these processes. In addition, the work points to the affective labour done by journalists and members of the public alike when they engage in acts of affective discipline to manage the moods of public discussion. Through these mechanisms, the dissertation contributes to the theoretical and methodological discussion on how to study affect in mostly text-based media.

The doctoral dissertation of Master of Social Sciences Anna Rantasila in the field of media research titled
Circulating Emotions, Sticky Feelings. Affective dynamics of the Fukushima Daiichi nuclear disaster in a hybrid media environment will be publicly examined at the Faculty of Information Technology and Communication Sciences at 12 o'clock on Friday 4 December, 2020. Professor Euenia Siapera from University College Dublin will be the opponent while associate professor Katja Valaskivi from University of Helsinki will act as the custos.

A PDF version of the full text of the dissertation is available from the Faculty’s study services upon request. Please email itc.doc.tau [at] tuni.fi