Aarno Ahteensivu: The relevance of alcohol as a negligence factor in insurance indemnities 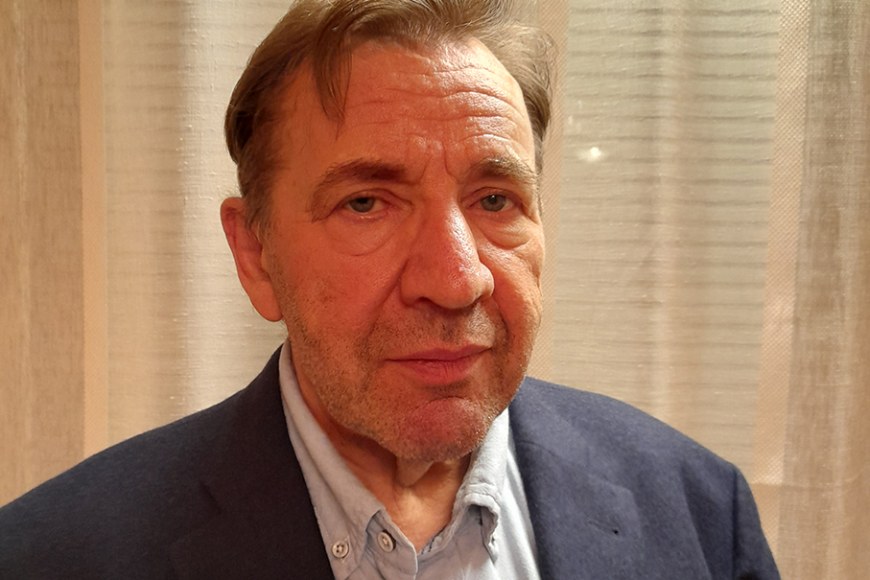 Licentiate of Science (Economics and Business Administration) Aarno Ahteensivu studied in his doctoral dissertation how the insured being under the influence of alcohol affect the indemnity as a contributory negligence question. The second main question of the study was what similarities and differences there are in the grounds for compensation between different types of insurance. One of the main results of the study was that one can show that the compensation practices varied a widely between different insurance policies.

This above-mentioned court judgement raised the question as to what the general practice of indemnity is concerning insurance policies where alcohol is involved as a part of the loss. The research question concerns how alcohol and the causality of the insured event affects the decision on compensation. There are theoretically three possibilities: the indemnity is reduced, the indemnity is denied, or the indemnity is paid despite the role of alcohol.

In the thesis 116 insured events covering both life and non-life insurance policies were analysed. The research methodology was a qualitative case study and the analysis methodology was a comparison and content analyses.

One of the main results of this research was that one can show that the compensation practices varied a widely between different insurance policies. There was variation according to whether it was a life, non-life or liability insurance policy. Some logical and well-defined justifications for the differences between indemnity practices were found. The Insurance Contracts Act was pivotal. There were some clear statutes about how alcohol consumption should be taken into account as a factor in insured events. If the question was of property insurance the concept “under the influence of alcohol” was explicitly mentioned in the Act, while in personal insurance policies there was no mention of alcohol in the Act, but the concept of gross negligence was used.

When different insurance compensation practices are compared in cases involving alcohol a few main results emerge. Both motor liability and the voluntary motor insurance had a practice whereby compensation was based on the blood alcohol limit. If the driver was under the influence of alcohol and the limit of 0.12 percent was exceeded, the insurance company was entitled to withhold indemnity. If the blood-alcohol level was between 0.5 per mille and 1.2 per mille the insurance company could reduce the amount of compensation. This guideline made the compensation practice very simple and logical. However, voluntary accident insurance had very different compensation principles compared to motor vehicle insurance because the concept “under the influence of alcohol” does not directly concern personal insurance in the Insurance Contracts Act, thereby vastly reducing the incidence of compensations being paid. The main reason for such a procedure is an issue of contributory negligence, and a reduction in compensation or indemnity denial requires gross negligence to be established.

Compared to the motor insurance policies in voluntary personal insurance, the blood-alcohol level had hardly any significance for the insurance payout. As stated above, the loss should demonstrate elements of gross negligence in order to justify denial or reduction of the indemnity. According to these factors, the standard for reducing indemnity is in practice very high, and the grounds for compensation depend more on the circumstances in their entirety than on how intoxicated the insured was.

Alcohol-related diseases were a totally different matter and beyond compensation conditions in personal insurance policies. On this account the indemnity practice is very precisely defined. Cases of death due to alcohol poisoning are likewise excluded from compensation.

This doctrine of utmost good faith is connected to the moral hazard concept, which is one the main theoretical approaches to analysing the findings of the research questions in this thesis. The presumption of the interpretation in this research was that the moral hazard phenomenon is possible in alcohol- related losses. This was discovered in insurance claims where the insured often report that alcohol had no impact on the accident even though the blood alcohol level was very high, up to over 0.2 percent. One important finding in this research was that the moral hazard phenomenon was not taken into consideration in claims settlement decisions by the redress mechanism.

Furthermore, this thesis suggests that in alcohol-related losses consumer protection is also the first priority. The insurance company must have sufficient grounds to substantiate that alcohol consumption contributed to the loss. This principle of interpretation is important in the insurance context. In practice it means that the mere fact that the insured had drunk alcohol it is not a reason for rejecting the indemnity if there is no causality to loss. Because of the considerable importance of insurance policies in society and for individual policyholders, it is crucial that consumer protection be accorded high priority in the insurance business.

One interesting research finding in this thesis was that the effects of alcohol on a person’s behaviour - mental and physical - as a factor exacerbating the risk were not taken into consideration when indemnities were evaluated in legal action initiated by the injured party. This is interesting because in several medical studies the connection of alcohol to all kinds of accidents is supported by ample scientific evidence. It is noteworthy that, according to medical research, even a low blood-alcohol level – 0.5 per mille – impairs the ability of an individual to perform motor tasks. In practice it seems that this medical evidence has been overturned by legal arguments.

In conclusion, one main research result was that draft statements by the board of appeal paid no attention to moral hazard and adverse selection phenomena or the insurance pools other insured individuals´ rights as premium payers. These issues were not taken into consideration in judicial discretion. Important conclusions from the insurers´ perspective were notably that the insurer should pay attention to the formulation of the policy conditions, because in the eyes of the law ambiguous policy conditions are construed to the benefit of the insured. A good example of this construction is the concept “alcohol abuse” which was very indeterminate.

An important issue which the insurance company should take into account is better quality of argumentation in an appeal process. Particularly, the insurer should substantiate more precisely the mechanism of loss and causality between alcohol and the accident. Otherwise the decision by the board of appeal will not be favourable.

All in all, the requirements for the insurance company are stringent appeal procedures, which is well justified because they themselves have written the policy conditions and there is a rule regarding what is acceptable according to the relevant legislation and good insurance practice.

The doctoral dissertation of Licentiate of Science (Economics and Business Administration) Aarno Ahteensivu in the field of insurance and risk management titled Alkoholin merkitys myötävaikutustekijänä vakuutuskorvausten määräytymisessä  will be publicly examined at the Faculty of Management and Business of Tampere University at 12 o'clock on Friday 3 December, 2021. The venue is Pinni A building Paavo Koli auditorium, address: Kanslerinrinne 1. Docent Raimo Voutilainen from Aalto University will be the opponent while Professor Lasse Koskinen will act as the custos.