Our alumna Heli Antila: The holder of two master’s degrees speaks in favour of individual study paths, continuous learning and fulfilling your dreams 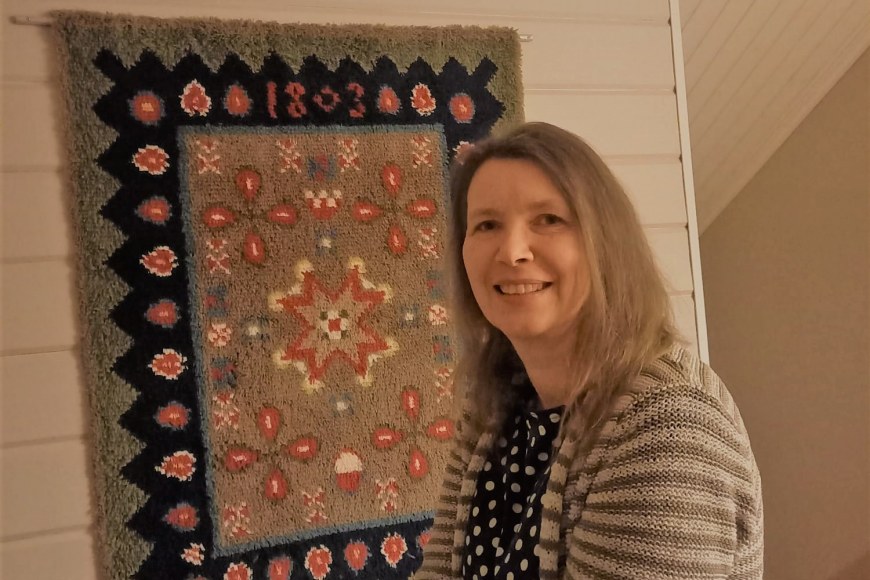 Heli Antila has completed master’s degrees in Education and Social Sciences at Tampere University and special education studies at the University of Jyväskylä. She is currently working on educational opportunities in Central Finland at the Open University of Jyväskylä and as a project manager for the city of Keuruu in an adult education project. Heli promotes lifelong learning and likes to highlight her own, unusual learning path. She hopes her story will inspire others to pursue their professional dreams regardless of age and life situation.

“Congratulations! Now you are no longer are a simple master!” These were the words Antila’s mother used to congratulate her on the recent completion of her second master’s degree in 2013. At that time, Antila had already had a long career, several years of family life and studies behind her.

“There is currently much talk about fast and direct education pathways, which may easily undermine people’s confidence if there is even small a bump in their road. My story proves that it is all right to meander, and in many cases, it is also worth doing,” Antila points out.

A laborious but rewarding journey

Antila, who lives in Virrat, is currently working as a project manager in an agile skills project in Keuruu, which focuses on adult education. The project aims to build competence in the region’s cities. She also works as a part-time adult education lecturer at the Open University of Jyväskylä, works closely with Tampere Vocational Teacher Training College and trains writers. In her current work situation, she particularly values the freedom of choice.

Getting where she is today has required a lot of determination, self-direction, and hard work. Even in upper secondary school, results did not come easy, and Heli had to work hard especially in foreign languages.

“Upper secondary school was the hardest time of my life, but I passed my matriculation exams on the first try. I was extremely happy about it. I did not mind that I did not get the best grades,” she says.

However, her mediocre results in upper secondary school had dented her self-esteem and she did not have the guts to dream of university. Instead, Antila applied to four folk high schools, and eventually got into all of them. Heli ended up studying marketing in a summer course in Kymenlaakso, and in the following academic year, she studied communications at Otava Folk High School.

“It was one of the best years of my life and set the course for my career. In the late 1980s, that training got me jobs in local newspapers – and at that time I thought that working in a local newspaper is my calling. I wanted to play my part in developing and promoting the vitality of rural communities,” Antila says.

She worked for several local newspapers, then as a freelancer, and over time progressed through regional newspapers, magazines, and customer magazines to eventually becoming a full-time communications entrepreneur for ten years. Throughout this time, Antila studied a wide range of subjects at Open Universities, including education, communication sciences, social psychology, Finnish literature, and art history.

“I feel strongly that a self-directed and entrepreneurial adult learner can improve their own employment prospects and pursue their professional dreams. The world is ultimately full of opportunities, as long as we keep working for them,” she says.

A full life in the countryside

Those years built up Antila’s confidence and the varied experience enhanced her skills. As a respected journalist and entrepreneur, thoughts of academic education began to loom large in her mind. Employment was not the motivation since she already had her hands full. Above all, she wanted to prove to herself that she could do well at university and that she was able to complete a university degree.

Antila applied to and was admitted to Tampere University via the Open University pathway to study education in which she had already completed basic and intermediary studies. Adult education, online learning, media education and special education proved to be particularly interesting subjects.

“I began my studies when my eldest was a one-year-old and I was pregnant with our second child. My husband took parental leave, we moved temporarily to Tampere, and I started studying seriously. People close to our family were rolling their eyes in concern,” Antila recalls.

In the first year, she completed all the courses that required attendance and the family moved back to the countryside after the baby was born. The studies progressed nicely: in two years Antila had a bachelor’s degree and in three years a master's degree.

Upon graduation, Antila started to teach communications on the Virrat campus of the then Pirkanmaa University of Applied Sciences (PIRAMK). The employment relationship was first part-time for a fixed term, but she soon got a regular lecturer’s post. Antila applied to study again, this time in a separate call for applications to study communication sciences.

“My motivation letter together with my work experience convinced the people admitting students and I began studying for a master's degree in communication sciences and media culture at the Faculty of Social Sciences of Tampere University. I studied while working as a lecturer at PIRAMK and drew on my work for both project assignments and my thesis. As my studies progressed, I also developed in my work through my studies,” Antila says.

In total, she worked at PIRAMK and TAMK for more than ten years as a full-time lecturer and project manager. Today, she remembers her former job and TAMK with great fondness and feels a sense of gratitude and good vibes when she walks in the corridors. Antila also thinks that she had very welcome individual flexibility in her studies as a working mother of young children living in the countryside.

Since then, she has completed a separate degree in special education at the University of Jyväskylä to enable her to better support the students in her job as a teacher tutor. She also got a taste of programming at the LUT University in Lappeenranta. Antila is currently not studying, but she dreams of many things she could study including more literature, educational administration, teacher tutor studies, Finnish as a second language - and, of course, completing a doctoral thesis at retirement age at the latest.

“The only thing holding back my plan for a doctorate is my highly interdisciplinary background - I am too interested in too many things,” she says.

Job: Communications entrepreneur and project manager in an agile skills project in Keuruu. She also works as a tutor at the Open University of Jyväskylä and runs a writing circle at an adult education centre.

Other things: Completed a study module in regional development at the Summer University of Tampere. She is an advocate for rural areas and wants to take education opportunities beyond the main campuses and tailor education pathways for working adults.

Surprising: Antila set up her business when she was just 24. She loves hard rock and has done band interviews and photographed bands, edited festival magazines and done concert arrangements and marketing communications for music events.

Quote/motto: "Life is full of opportunities so remember your responsibility to make the most of them. No one else will do the things for you. When you want something, pick up the phone and find out if it’s possible to have it.”