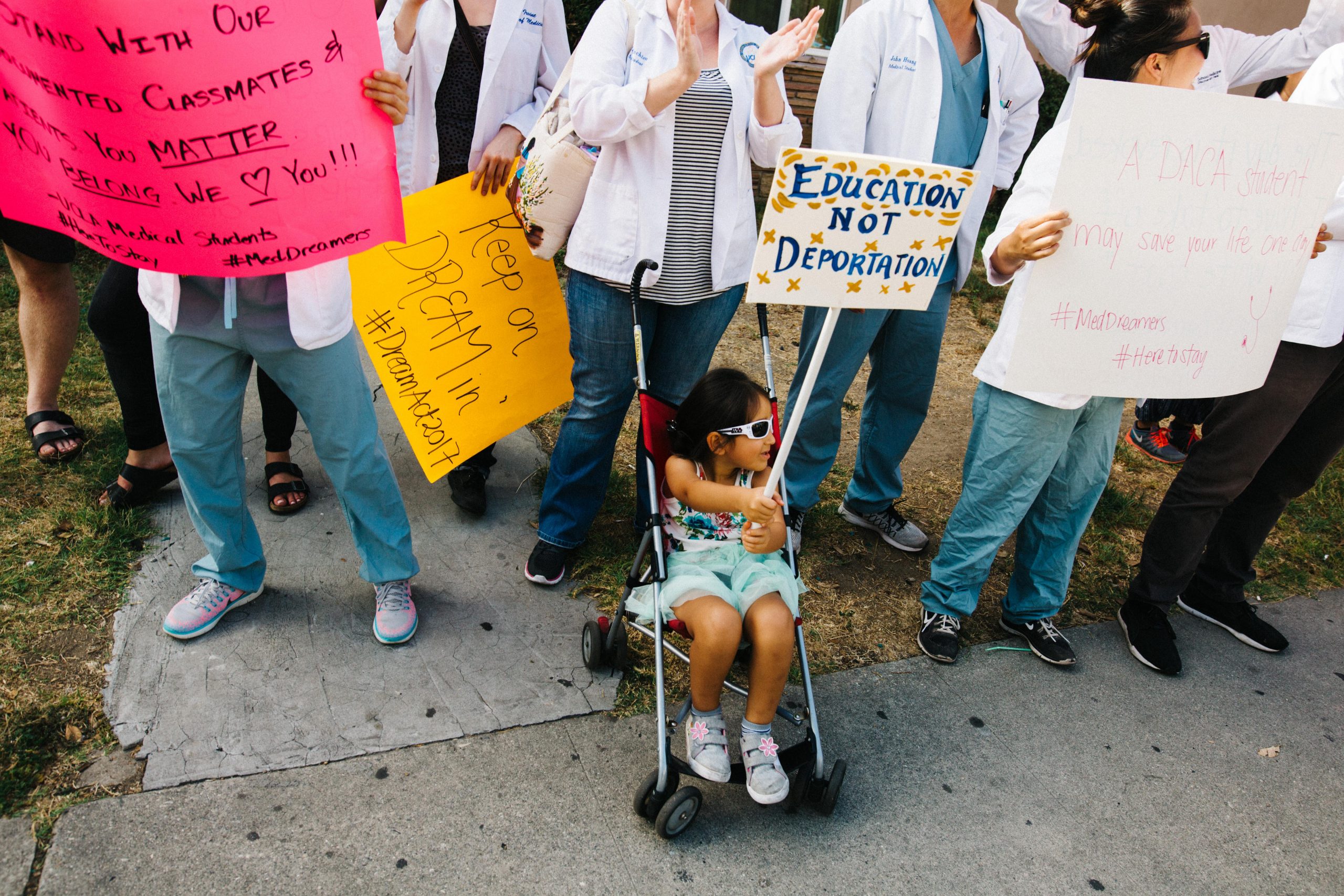 The issue of undocumentedness is complex and delicate. Many undocumented persons around the world experience threats to their sense of belonging in the country they reside, either from outside, by authorities threatening their deportation, or from within, as they themselves question where they call home. In this article, we focus on the various impacts that growing up undocumented has on migrants.

This does not necessarily mean that the person is stateless, but rather that the person might be of ”undetermined nationality” or ”at risk of statelessness,” which is most common when the person additionally belongs to a vulnerable group, such as an ethnic, religious, or nomadic minority (ISI, 2014).

Estimates suggest that between 3.9 and 4.8 million undocumented immigrants reside in Europe, about 65% of whom are under 35 years old.

Despite previous research and attempts to collect reliable data, inconsistent terminology and incomplete and incomparable data remain and result in an inaccurate representation of the actual situation. Estimates suggest that between 3.9 and 4.8 million undocumented immigrants reside in Europe, about 65% of whom are under 35 years old (Alfred, 2020). Moreover, 2019 estimates from the Center for Migration Studies of New York state that approximately 10.35 million undocumented people, of whom about 5.5 million are minors, reside in the US (CMS, 2021).

Paths to undocumentedness are many

A child may become undocumented through various circumstances: They may never have had residency status in the host country, which may be the case if they entered the host country through irregular means, such as human trafficking or smuggling; or for children born to undocumented parents living in Europe, which, contrary to countries such as the US, do not grant citizenship based solely on birth in the national territory (Keith, 2018). Migrants may have lost their residency status by overstaying their permits or visas or by disobeying a request to leave the country. Migrants may also have had to flee a conflict-affected state in a haste and were unable to collect their identity documents, lost them on dangerous routes, or their home country lacked the capacity to issue initial or replace stolen, lost, or destroyed identity documents (Manby, 2016).

Moreover, orphans, separated children, or children abandoned by their families may not have records of their family ties and therefore cannot obtain identity documents, which may also be the case in cultures where nationality is passed down by the father, who may be unknown (ibid.). Finally, it could also be that a state systematically aims to destroy identity documents as part of ethnic cleansing (ibid.).

Paths to undocumentedness and the experiences of undocumented children can vary widely and usually depend on other factors such as gender, culture, language skills, and family ties.

As can be seen, the paths to undocumentedness and the experiences of undocumented children can vary widely and usually depend on other factors such as gender, culture, language skills, and family ties. Some undocumented children lead relatively normal and regular lives with their parents or relatives and may not even know they are undocumented because their parents want to protect them (PICUM, 2021). Most, however, live on the margins of society and often feel invisible to the rest of society. Thus, the widespread unawareness and ignorance of the topic lead to lives characterized by insecurity and instability, limited protection of individual rights, risk of abuse and exploitation, and fewer opportunities.

Consequently, it is important to highlight the issue of undocumentedness and the experiences of those affected in order to raise public awareness. Only through increased public debate on the issue will people recognize their affectedness and connections to the issue which could inspire greater political debate and policy change to improve the current situation.

A shared experience among people growing up undocumented is the feeling of uncertainty and insecurity. Save the Children Sweden (2008) reported that both children and parents, despite not fully understanding their status, know that their status “is not”, and therefore they are not as safe as other families may be.

Undocumentedness can cause uncertainty and insecurity due to the looming threat of deportation, which has a direct impact on an undocumented migrant’s everyday survival. To avoid such prospects, parents might avoid taking their children to healthcare services in fear of being asked for documentation. Migrants will also avoid attracting attention to themselves and constantly worry about their safety and threats from authority, which leaves them feeling unnoticed, invisible, and stressed. Attracting attention towards authorities is perceived as damaging for their families, and results in excessive pressure on children. Many children can feel frustrated if what they were promised by hiding is not fulfilled, ultimately leading them to be perceived as a burden enhancing the internalization that this image and worth is put in question.

The influence of the undocumented status is reflected in various aspects of the everyday life of children ranging from access to services like education to living in proper housing in accordance with sanitary standards. The issues are multidimensional and entrenched in practice, even if there are regulations and laws on paper. These are hardships that develop despite their will.

Bureaucracy, unawareness, and fear of deportation of families are among the top reasons as to why children face difficulties accessing services in host countries. As reports of PICUM (Platform for International Cooperation on Undocumented Migrants) present (2021)1, hindrances on accessing services have long-term effects on every aspect of children’s lives. Undocumentedness fast forwards childhoods. As Rian Ederveen from Stichting LOS said, “You see parents who are traumatized and don’t have the strength to go on, and you see children who are traumatized. They become too old too soon” (Bicocchi, 2011, pg. 119).

When it comes to accessing education, although, for example, legislation in the European Union protects the right to education for all children, at the same time when it comes to exercising the right, families and children encounter practical hindrances. To name a few, entering a school requires that students provide identification papers for registration, which poses an immediate threat of being discovered and deported for the families. Issues related to obtaining books and accessing transportation due to financial scarcities is yet another difficulty that undocumented children face given the precarious situation in which their families live.

Access to early childhood education and care (ECEC) services is of paramount importance for children and children with undocumented status. Instead, these children are in dire need of accessing ECEC services given the heightened vulnerabilities caused by the risks of social exclusion and poverty dependent on the status of undocumentedness of their families. To change the realities on the ground, laws and legislations must be reconsidered. There are positive examples from around the world which could be adapted, for example in Italy, where major cities have proposed a declaration allowing no duty for their municipalities to investigate the residence permits of the family members of the children registering for school.

Multiple forms of discrimination and their mental health consequences

Problems associated with discrimination for being undocumented are varied, such as prevention from access to the proper documents, financial unfairness, and the obstacles to integrating into the new society.

For instance, undocumented parents are often required to be documented in the process of the birth registration for their children, otherwise it may result in deportation or detention (Keith, 2017). Not only is this an issue when discussing registration processes, but rather a problem an undocumented person encounters continuously in their daily lives.

Research has found that discrimination toward undocumented people also permeates in the housing market: undocumented people often have few options other than insufficient, unsafe, and sometimes expensive housing, which poses safety risks to themselves and their children (Vennet et al., 2021). When an undocumented person enters adulthood, they are often forced to confront the realities of undocumentedness in the job market and the workplace. For instance, an undocumented man in the Netherlands said he had no choice but to choose a job that he referred to as “slavery” because of his status (Kronman et al., 2020). Employment and higher education applications require documentation, and for undocumented people, their irregular status often becomes their only status, invading all aspects of their life; work, education or even forming intimate relationships (Meloni, 2019).

A ubiquitous feeling of both helplessness for their situation and fear of being caught adds to the already existing stress and insecurity of their sense of belonging.

The discriminations mentioned affect undocumented children’s and youths’ mental health, including, but not limited to, fear and pain (Kronman et al., 2020), sense of shame (Ruszczyk, 2019), and psychiatric illness (Joseph, 2011). Research conducted on Brazilian undocumented immigrants in the United States further exemplifies the impact that institutional erasure and discrimination have on mental health (Joseph, 2011). A combination of ambiguous legal practices and lack of sufficient social welfare for undocumented individuals made them both socially and legall non-existent.  A ubiquitous feeling of both helplessness for their situation and fear of being caught adds to the already existing stress and insecurity of their sense of belonging.  This, in effect, could be seen as the “ultimate rejection of one’s self and place in society” (Stacciarini, J. M et al. 2015). The ability to exercise basic rights, everything from reporting crimes, changing home addresses, or even accessing healthcare is compromised (ibid). Additionally, according to the study by Claudine Burton-Jeangros et.al (2021) conducted in Switzerland, the well-being of undocumented immigrant workers is lower than that of local people or immigrants with regular permission to work. Due to their limited rights, the low standard of living and the uncertainty of the future could easily impact the satisfaction of their lives (Burton-Jeangros et.al, 2021).

As is shown above, undocumentedness, discrimination, and people’s mental health are connected. These combined difficulties could leave them feeling left out or excluded from society, which should not be overseen.

To address the undocumented status of a migrant, EU states generally have two options: order them to leave or authorize their stay. If they are authorized to stay, it is likely through a regularisation programme, which is a pathway to temporary or permanent residency in a country for an irregular migrant. It typically does not form part of the regular migration policy framework, runs for a limited period of time, and targets specific categories of migrants (Baldwin-Edwards et al., 2009). In the last 40 years, over six million people have applied for regularisation and over 4.3 million migrants in an irregular situation have been awarded legal status (PICUM, 2021).

Establishing accessible, affordable, objective, and clear regularisation programmes is one way for countries to address the needs of its undocumented migrants, who are often left very vulnerable mentally and physically, as indicated in this article. We therefore encourage countries to listen to their civil society organizations that research and advocate for undocumented people, who are often left out of policymaking processes and whose very existence is often denied. Particularly in the fragile nature of the pandemic, access to basic services such as healthcare is essential, and continuing to advocate for legal and humanitarian processes that protect undocumented migrants can mitigate the harmful experiences we have discussed.

ISI (Institute on Statelessness and Inclusion) (2014). The World’s Stateless. Available at: worldsstateless.pdf (institutesi.org).

PICUM (2021). Navigating irregularity: The Impact of Growing up Undocumented in Europe. Available at: Navigating-Irregularity_EN.pdf (picum.org).).

PICUM (2021). Regularising Undocumented People in Response to the COVID-19 Pandemic.

PICUM (2021). Undocumented children in Europe: Between rights and barriers. Available from: https://picum.org/undocumented-children-europe-between-rights-and-barriers/. 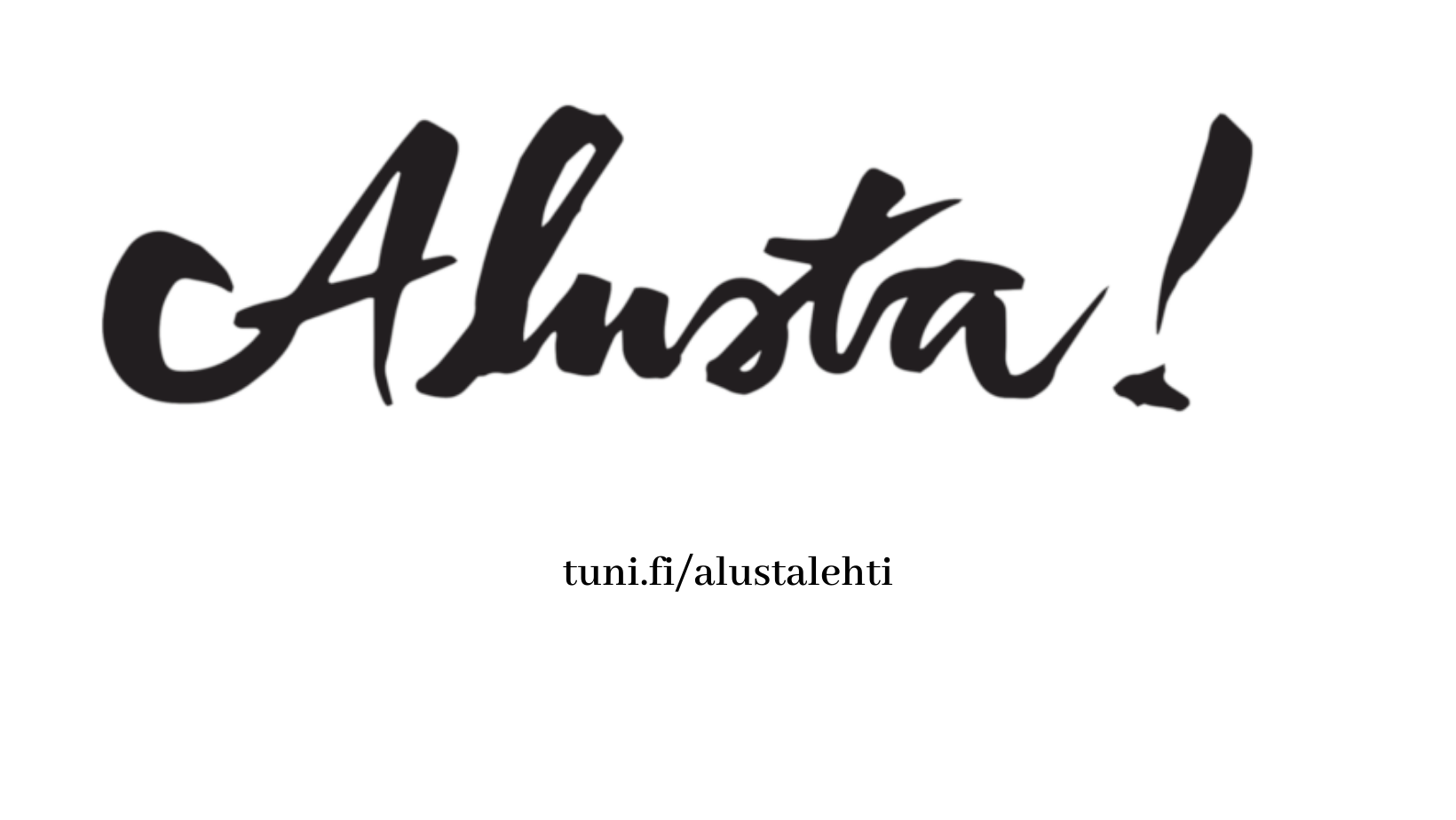 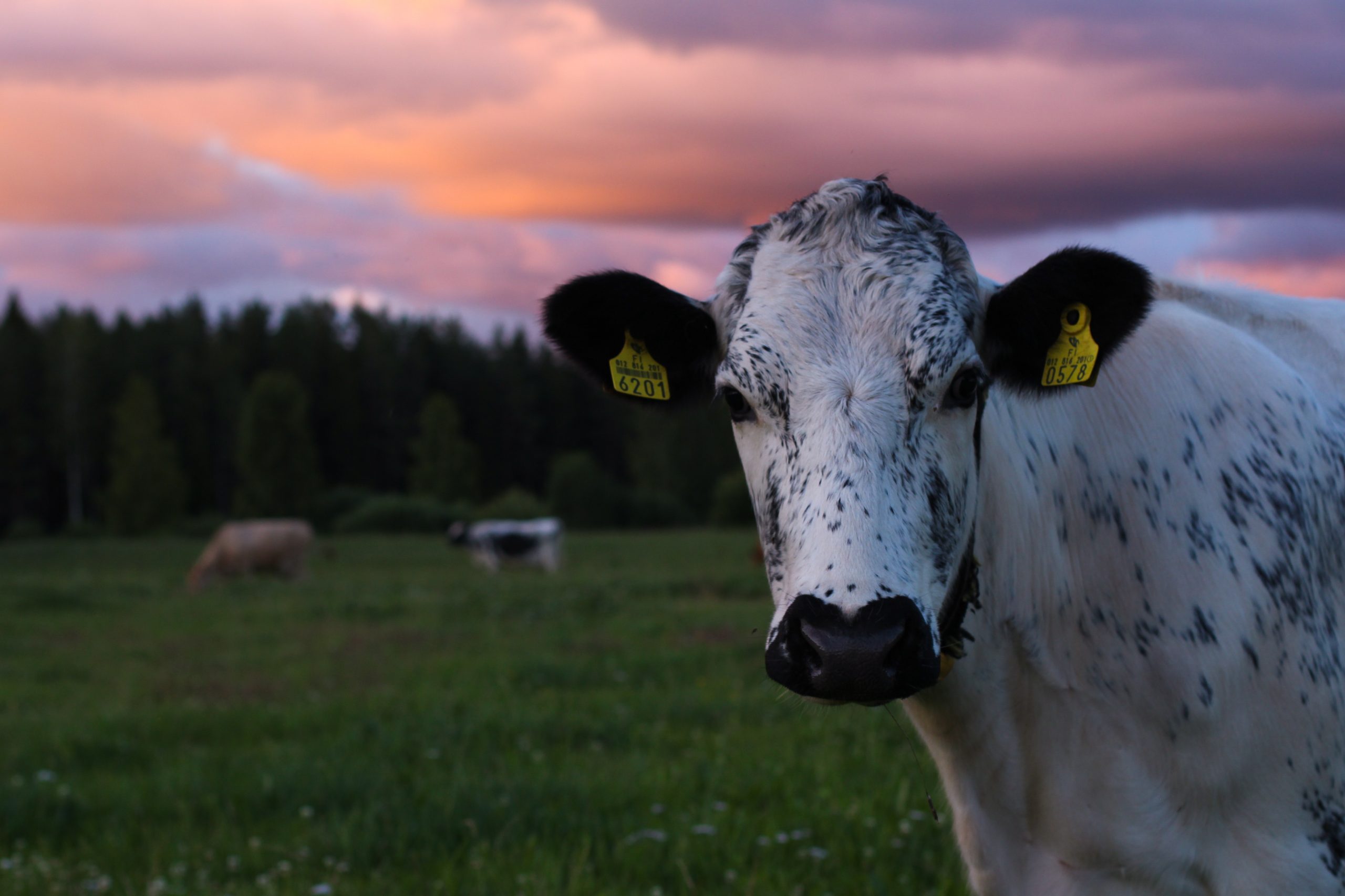