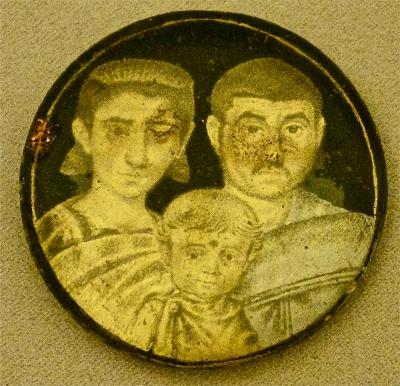 The claim that the concept of childhood did not exist in the Middle Ages caused troublesome interpretations in the historical studies during 1970s. Family relations were seen as a great transformation from a lack of love and emotional commitment into a more and more caring and loving parenthood.

The field of childhood research is blooming. There are multiple research projects, studies are published regularly, and different societies and networks encourage research. A great example is PerLa, Tampere centre for childhood, youth and family research.

The field of study is strongly multidisciplinary. Notwithstanding the fact – or maybe because of it the multidisciplinary has not yet developed into interdisciplinarity – the field    offers a good set of examples of how the researched information is not always conveyed between different research traditions as is hoped for. In the following, we will examine this problem from the point of view of study of antiquity and the Middle Ages.

In popular writing, in general works, and in media, the history of childhood is often paired with a story of success, where “before”, that is, in the premodern world, everything was worse: children were abandoned blithely, parents did not care about the death of their children, wet nurses were used without a second thought and girls were married off when they were still “children” (Syvälä 2007; Rekola 2009; Kauppi 2009; Kettunen 2005). Newer studies have revealed these ideas to be exaggerated to say the least and even somewhat unjustified. Still, outside of academic circles the idea of bright and civilized modern times seems to demand a contrast with the idea of a cruel, miserable and dark past, where the dark side of human mind can be reflected on. This, at least, has been the situation in Finland.

In the academia, the idea of the miserable childhood of past days still lives, but it is not the main paradigm any longer. Instead, a claim that childhood was not seen as a separate age period in the premodern times persists, even though childhood research has long struggled against this view, mostly attributed to Philippe Ariès.

The significance of Ariès is without a doubt central to childhood research because he brought up how culturally bound and therefore historical the concept childhood is (Ariès 1960). It is not only a biologically determined time period in a human life, but also a socially and culturally constructed concept. How childhood and children are viewed, how a “child” is defined, and what kind of activities and behavior are expected from children is not tied to biological growth only, even less to the age in years.

However, it is surprising that this common theoretical realization, that in every historical situation childhood is “constructed” in a different form, has been mixed up with Ariès’ special interpretation. He claimed that, in the premodern times, childhood was not understood or recognized as a special time period while “the modern childhood” is an invention of the 16th to 18th centuries.

Ariès’ research is still cited dutifully. Some writers accept the claim of “birth of the concept of childhood” without critique, while some note that the claim has been criticized. Still, it has been an important starting point for researchers’ own argumentation until recently

The special claim of Ariès that the concept childhood did not exist in the Middle Ages caused troublesome interpretations in the 1970s. The emotional relations inside families were seen as a great story of progress, where a lack of love and emotional commitment transformed into a more and more caring and loving parenthood. This interpretation was highlighted by Lloyd deMause (1974), Edward Shorter (1975), and Lawrence Stone (1977). In Finland, Kaari Utrio’s non-fictional book Eevan tyttäret (1984, “The daughters of Eve”, untranslated) raised awareness about this line of though inside of the study of the history of childhood.

”In a patriarchal, repressive society children were victims. They were helpless and defenseless and therefore repressed even by the repressed: mothers, nannies, servants, and older children. A child’s self-esteem and self-confidence were broken down with intimidation and violence.” (Utrio 1985, translation by Tiia Tikka)

The book was important because it was one of the first, and still one of the few books written about the subject in Finnish. Even though Philippe Ariés had published his book Centuries of Childhood already in 1960 (English translation 1962), when The daughters of Eve was published, most of the childhood researchers were still debating the themes brought up by Ariès.

A new breakthrough in research was made in the 1980s. Several studies showed that firstly, children were an integral part of the society both in antiquity and in the Middle Ages, secondly, that parents cared about the wellbeing of their children, and thirdly, that the emotional ties between them were strong. (Riché 1962; Hanawalt 1977; Arnold 1980; Alexandre-Bidon & Closson 1985; Hanawalt 1986; Krötzl 1989). Even Ariès himself admitted to being too hasty with his interpretations drawn from a small quantity of source material. (Lett 1997, 11; Hutton 2001, 395–410; Rahikainen 2005, 38–42).

Little by little, several special themes, such as the power and authority of fathers, infant mortality, abandonment and selling of children, and guardianship, have been associated with social historical research especially through the point of view of demography and the interest in family structures (Harlow et al. 2007, 6–7; Hanawalt 2002; Rahikainen 2005; Katajala–Peltomaa & Vuolanto 2013, 234–243). During the last dozen years, we have finally moved from the history of childhood towards children’s own history and begun to look for the implication and agency of children in the world of antiquity and the Middle Ages.

However, the results of these works by historians have not found their way to researchers in other academic fields, and the myth of a deep difference between the modern childhood and the premodern childhood of the past still lives among the academia. It is clear that there are differences between modern and past childhoods. These differences should not, however, be seen only as a result of linear chronological changes since this kind of logic draws from an anachronistic starting point.

It would be more fruitful to consider a more delicate categorizations of childhood, not mere chronological differences, that is social status, gender, or geo-cultural differences. For example: how has the evolution of the social significance of working with children, or the cultural importance of religion, affected children’s status and chances to act in society? Are there any differences between Nordic and Mediterranean countries? There is always room for more research.

Translation by Tiia Tikka. The translator is a Master’s-level student of Multilingual Communication and Translation Studies at Tampere University. The translation was produced as part of a project course in English Translation. The article was originally published in Finnish in 2013.

Hanawalt, B. A. (1977) “Childrearing among the lower classes of late medieval England.” The Journal of Interdisciplinary History 8, 1–22.