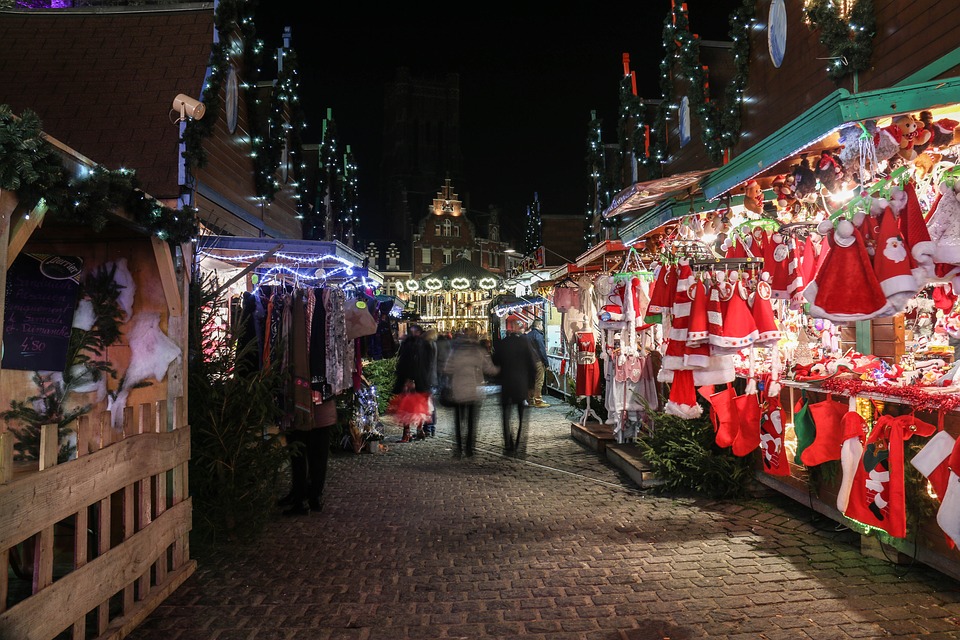 Happy Christmas, you have tuberculosis!

Christmas – or Xmas, Hanukkah, end of year – or the festive season – is a time globally of holidays. When in Nordic countries we celebrate light after darkness, with family, during a short leave over the holidays, in Southern Africa this is the busiest time of year similarly to connect with family and to enjoy the short break, sun and warmth. During this time, in Southern Africa, migrant workers, people living and working in larger cities travel hundreds of kilometres back to their home villages and towns, over their festive holidays, sometimes even across borders.

Migrant workers are often, but not always, some of the most disadvantaged in communities. Disadvantage, as we know, accumulates on the most vulnerable in societies. One stark example of this is the collision of four major current global issues: Poverty, informal work, migration, and global health security – in our example, tuberculosis across borders.

Tuberculosis is the world’s number one infectious disease killer. The disease that has been around for hundreds of years, kills about 1,5 million people annually, most of them in low- and middle-income countries of South-East Asia and Africa. About 10 million people globally fall ill with tuberculosis 1 . Despite available and effective treatment for decades, the disease continues to be underfunded, and tuberculosis is a declared health emergency. Despite increasing funding available, there is a 2 billion USD shortfall in funding 2. This is only one reason why the battle against tuberculosis is not yet won. Other reasons include disorganised health systems, including poor or intermittent drug supplies, drug resistance and patients not taking their medication as prescribed, due to side effects, beliefs about illness or wellness, or simply, other priorities – to poverty.

While health systems issues are higher level policy issues and key to battling tuberculosis, social and patient level issues are important causes of the failure to curb the tuberculosis epidemic. Patients may choose not to take their treatment, due to the long length of treatment for tuberculosis – about 6 months of combined antibiotics, if the disease is drug sensitive, and about 9 months+ of them if a person has the drug resistant form of the disease.

Both treatments come, sometimes, with severe side effects, recovery results in increased appetite and general health status. As patients are initially very unwell with tuberculosis, commitment to finishing the treatment course becomes more difficult for those who are feeling better. Since poverty predisposes to tuberculosis, through poor nutrition, and poor living conditions, patients are also under pressure to skip clinic appointments in favour of earning a living. Many are breadwinners for their families. This economic pressure is very real for the patients, and very relevant to curbing the epidemic – as catastrophic costs (direct and indirect costs of treatment) exceeding 20% of a household annual income has been shown to push a family further into poverty; and can predispose to not completing treatment, or to other poor outcomes.

This is the point where an infectious disease, of epidemic proportions, meets poverty and informal work. In Sub-Saharan Africa, nearly 80% of the population are engaged in informal work- work that may be casual, picked up on the roadside, or one that is undertaken without contracts and legal securities.

These individuals have very low levels of social protection, and as in most lower income settings, have no sickness insurance to compensate for income loss. Combined with the potential to need to make a living and thus skip clinic appointments, tuberculosis is also highly stigmatised disease, with those who disclose their diagnosis to co-workers or employers also very likely to lose their jobs. In low income settings, a person with tuberculosis can be discriminated at their workplace, and many may choose not to inform their workplaces of their illness.

So tuberculosis is linked to poverty, and informal work – but how is it linked to migration? How do these issues play out together in sub-Saharan Africa? And what does this have to do with the festive season, specifically?

We often think of sub-Saharan Africa as one big lump of continent, with fairly similar settings, economic outlooks and – well, in short, ”I’m travelling to Africa”, as actors in blockbuster Hollywood movies often exclaim. In contrast to our expectations, Africa is much bigger than what our distorted maps tell us. Secondly, the continent is – vibrant, but diverse in ethnic groups, cultural beliefs, national economies, and the impact that colonisation – and end of colonisation – have had.

The countries that I want to introduce are Mozambique and South Africa. Mozambique, a former colony of Portugal, is a coastal country on the South-East coast of Africa. South Africa is, as its name suggests, is a large country right at the tip of Africa.

Mozambique is classified as a low-income country, with a high level of donor income – while South Africa is classified as an upper-middle income country. Mozambique achieved independence from Portugal in 1975, with a civil war continuing into 1992. South Africa became independent (this time) from the United Kingdom in 1934, but suffered under the highly inequitable, white rule system of Apartheid until 1994.

Both are on the World Health Organisation tuberculosis high burden countries, and both have high numbers of people who are infected with both tuberculosis and HIV. This coinfection increases the stigma of tuberculosis, as people with tuberculosis are often identified in the community as also having HIV.

Mozambique and South Africa share a border near the Indian ocean. From Durban, a major South African port on the Indian Ocean to Maputo, the capital of Mozambique, it is a mere five bumpy hours by car. Given this (porous) border that Mozambique and South Africa share, Mozambicans in poverty are likely to travel to other countries for employment, including South Africa the African economic powerhouse, seeking opportunities. They are often paperless, and given their paperless status, more likely to engage in informal work. Given the low pay then associated with informal work, their living conditions are often poor. Poor living conditions, including overcrowding, and poverty, can then increase chances of developing tuberculosis.

When migrant workers get tuberculosis, start coughing, and eventually become very ill and face hardship to access care, they may go home to Mozambique to access treatment. They may delay this as long as possible, because they need to earn a living. They may have experiences of being asked for national identification books before accessing healthcare. They may fear being identified as Mozambican and experiences of xenophobia, or they may have poor language skills in English or other South African languages. They may also fear that their illegal worker status is discovered. So they go back home – and enter free tuberculosis treatment programmes near their home villages or towns.

After a few months of treatment back home, two or three maybe, they feel better. Maybe their cough,  and fever has subsided, they have their appetite back and they feel like they are strong enough to work again. Their household and family needs someone to bring in income, so there is no other choice – the breadwinner or earner needs to go back to work. Given the poor economic outlook of Mozambique, and the better money that can be made in South Africa, they return to South Africa. And they discontinue their treatment.

This is the point where poverty, informal work and migration converges and becomes disastrous. Discontinuing treatment too early for tuberculosis can result in relapse of the disease, requiring more complicated re-treatment drugs and a longer treatment duration. It has also been said to contribute to drug resistance, resulting in multidrug resistant and extremely drug resistant tuberculosis, each progressively harder and exponentially more expensive to treat. Patients spread the untreated disease in the community, and tuberculosis becomes – or remains – out of control. While the disease is disastrous for communities, health systems, and states, it is far more disastrous for the patient and their family. At this point, migrant workers return home “to die”. Many delay treatment so long that  they are difficult to rescue.

And then to the festive season.

This is the best opportunity for Mozambique to try and curb the transmission and spread of tuberculosis that has possibly been contracted from or activated during migrant work in South Africa. The health department arranges a screening drive after passport control on the South African-Mozambican border, around the festive season. Travellers get tested straight after their passport is stamped, their results are sent to their home clinics – hopefully they start treatment.

Happy Holidays! You have tuberculosis.