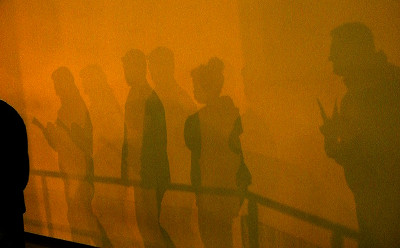 The writer the editor of Alusta!

Difficulty to touch can isolate from others

Touching between Finns is scant and often unnatural. The reason for this is searched in the national character, in recent wars and in the culture of not displaying emotions. The affective traumas of Finnish adults are not caused only by a violent upbringing but by lack of any kind of touching.

Why touching is so loaded in the Finnish culture?

If you have not experienced affectionate touching in childhood, touching others might feel very difficult in adulthood, says postdoctoral research fellow Marjo Kolehmainen, who has delved into touch biographies.

Touching has been examined to some degree but the study made by Kolehmainen and Taina Kinnunen is the first one with touch biographies as the material. Childhood memories of touching affect later chances to engage in social life. Approximately a half of all writers of the touch biographies noted that they had in one way or another suffered from the absence of positive touches their entire lives.

The material of the study consisted of 61 writings in which Finns of different ages and of different backgrounds described how they had been touched and how they had touched others. Kinnunen collected the material in cooperation with The Finnish Literature Society and during the courses she held in two Finnish universities.

– Contrary to ordinary biographical studies, we were not particularly interested in individual biographies. The material is an archive telling us about Finnish culture and touch habits, says Marjo Kolehmainen.

The study originated from researcher Taina Kinnunen’s hypothesis that touching is avoided in Finnish culture and that many Finns suffer from an absence of desired touches.

Kinnunen and Kolehmainen did not examine what types of consequences the lack of touching and bad experiences of touching have had. Even so, Kolehmainen notes that the writers of the touch biographies often thought that childhood experiences determined what kind of touch relationships arose later in life.

There is no one single Finnish touch culture

According to Kolehmainen, the fact that Finland was a poor country has left its mark in the Finnish touch culture. Direct cause-effect connections cannot be drawn based on the research material, but common causes for these memories are found.

– The touch biographies showed us that when times were poor, people worked hard and there was no culture that emphasized cuddling children. Discipline and respect of the parents were parts of the Finnish customs. The corporeal punishment of children was banned in Finland only in the 1980s, states Kolehmainen.

Kolehmainen says that shared affective traumas can nevertheless be seen in society and in touch habits.

Both parenting doctrines and general touch habits have changed significantly over the last decades. Kolehmainen says that shared affective traumas can nevertheless be seen in society and in touch habits. The Finns who wrote touch biographies still had varying memories and touch cultures.

Positive touch memories carry social and emotional capital. Those with a positive relationship to touching are affectively privileged, says Kolehmainen. According to her, these people can more easily enjoy culturally appreciated and normalized forms of touch, such as shaking hands, hugging, cherishing children and intimacy.

Affective traumas, such as wounds caused by violence, can cause inequality and isolate from others. The lack of touching influenced also individuals who were not lonely in the traditional sense of the word. A person with money, friends and family may suffer from the absence of touching.

­– Someone who has experienced primarily violent and hurtful touches may regard many forms of touching as unpleasant, notes Kolehmainen.

Several persons suffering from bad touch memories tried to consciously modify their touch habits, although it was difficult. The longing for touch was evident in the lives of many individuals, and several writers considered it a personal tragedy.

A person might be successful when it comes to his or her own children, but touching the parents or siblings was not effortless even later. A woman in the great-grandmother age wrote that her skin still missed touches which were not available when she was a child.

In several cases one single positive touch had changed the person’s attitude to touching. One young woman wrote that she had been admitted into a hospital because of suicidal tendencies. In the hospital, a member of the staff was able to touch her in a way that made her feel that the direction of her life changed. This means that a revolutionary memory of touching does not need to come from one’s closest acquaintances. However, the biography writers thought that memories of touching in close relationships had the most significance.

Many people have enjoyed touching animals even if they found touching other humans uncomfortable. Kinnunen and Kolehmainen are preparing an article that addresses touching both humans and animals.

Translation by Veli-Pekka Ketola. The translator is a Master’s-level student of Multilingual Communication and Translation Studies at Tampere University. The translation was produced as part of a project course in English Translation.

The writer the editor of Alusta!