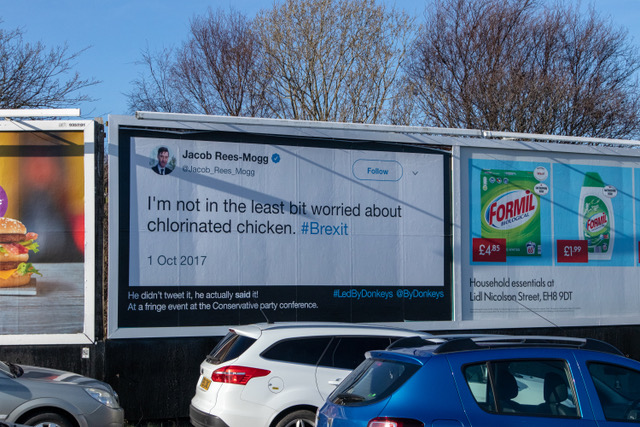 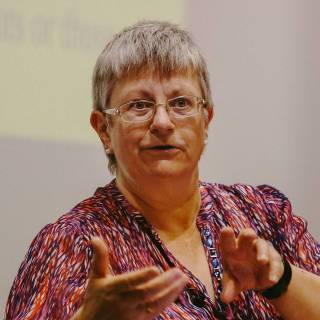 Jo Shaw holds a part time Professorship within the NSR. She is the Salvesen Chair of European Institutions at the University of Edinburgh.

Why would any academic EU lawyer write about Brexit?

It might also be said that it’s a crowded field, and there’s not too much new that can be said about it, even though there seems to be a fresh political car crash each day.

This seems like a daft question. I mean, why would any academic EU lawyer not write about Brexit? After all, this is our moment. A time for novel arguments about the special competence which is Article 50 TEU and exciting new cases like Wightman on whether or not revocation of the Article 50 TEU notification can be unilateral. The time when we can get immense traction for our work in the media and civil society.

Just like trade lawyers, international lawyers and constitutional lawyers, EU lawyers have been more in the public eye since the 2015 UK General Election, the result of which was basically what kicked off the referendum campaign and everything that’s followed from there. And as Brexit has continued to dominate the news-cycle nearly four years later, there continue to be incentives to get involved. After all, one of our number, Catherine Barnard, was even on Question Time, a programme that has belatedly discovered that there might actually be a role for experts when we discuss the EU, the referendum and Brexit. And let’s face it, Michael Dougan has received more than half a million views on youtube for his lengthy and detailed demolition based on EU law analysis of so many of the pre-referendum arguments, and that’s the not only platform it is on. Even his 20 minute discourse on the Withdrawal Agreement has clocked up 70k views.

But the EU law fundamentals – even if widely disregarded by the UK’s political class – are pretty clear, especially now we’ve had clarification on some aspects of Article 50 from the Court of Justice.

Meanwhile, the conversations continue on Twitter, and EU lawyers such as Kenneth Armstrong, Steve Peers, Paul James Cardwell and Alessandra Asteriti play a full part, along with legal practitioners, former and retired government officials (at the national and EU levels), journalists and political commentators. For those who are doing a lot of short form commentary on Brexit, like Kenneth for example, there’s a clear synergy between those twitter conversations, the arguments they articulate on their blogs, and the capacity for twitter to function as short form blogging through the infamous ‘twitter thread’.

There are plenty of journalists who engage properly with academics, either by reading their work, or by building their insights into their own journalism, often after conversations on Twitter. For many academics, that type of input, even though it can sometimes feel as if your thoughts are used but not fully credited, is still better than going on the radio or TV.

Even if you have had the training for it, which every university now offers, it may not be a pleasant experience. As scholars like Roberta Guerrina and Annick Masselot have said, not only is Brexit itself a gendered political space, in which women’s voices struggle to be heard (Sue Milner), but there are also gender dynamics going on in the media (pdf), especially Twitter, which can make it a tough place for women to feel that they might be sticking their necks out. (I’d also like to mention a clever debate, which developed on Twitter, but not by academics but by all round smart people, about the gender of ‘Brexit’ being male in most of those languages (of course, not including English) which give nouns a gender).

And yet that is not the whole story. There is a personal dimension as well. If we’re specifically talking about Brexit, then it’s fair to say that it can also be painful to talk about it in a media context. It’s hard for me — having worked on EU law for more than 35 years — to feel wholly dispassionate about the issue, even though I’ve long had major criticisms of how the EU works. I wrote about the importance of understanding disintegration as well as integration long before it was fashionable. I commend the long list after those who have done important work on the EU law dimensions of Brexit, whether based in the UK or outside. They’ve done brilliant work on the nature and scope of EU competences (Article 50 TEU) as well as on the domestic effects of the various measures that the UK has been adopting. My own perspectives are more limited. I coined a nice phrase to deal with the citizenship dynamics of Brexit: ‘navigating an archipelago of contradictions’ . But you don’t get radio coverage for that…

In relation to the issue of free movement, I find it hard to comprehend voting to make your fellow ‘citizens’ (even if they have different passports) less secure. Whatever reassurance we heard from the Leave campaign, it didn’t take a genius to work out that a Leave vote was always going to involve chucking some people under the proverbial bus. Applying the principle of ‘wherever possible, do no harm’ ought to have been enough, in my judgment, to mandate a vote for the status quo, given that migrants are amongst the most vulnerable members of our society.

Right now, EU migrants (along with non-EU migrants who have long been treated with disdain by the British state) are having a truly terrible time. But, whatever. I appreciate that not everyone agrees with me on these issues, and I’m happy to have reasonable debates. But the pressure of the media spotlight is probably not the best place. Each deals with these issues in their own way. A Brexit-hating academic friend of mine in another city (not a legal academic) deals with it by writing little ditties and sending them to his friends.

So in sum, in my case it’s probably best that I steer clear of too much direct media engagement, even if that gets me disapproval from inside the London or Westminster bubbles, or even the University of Edinburgh, which wants as many of its academics as possible to roll their sleeves up and get involved. So much for media work, and for placing limits on my twitter engagement, but does that also mean I can justify not writing about Brexit in my academic work?

Apart from the personal arguments, it might also be said that it’s a crowded field, and there’s not too much new that can be said about it, even though there seems to be a fresh political car crash each day. But the EU law fundamentals – even if widely disregarded by the UK’s political class – are pretty clear, especially now we’ve had clarification on some aspects of Article 50 from the Court of Justice.

When writing – academically – about Brexit, it is important to avoid too much ambulance chasing, and to focus on the potentially bigger messages about the character of the European integration project.

My own view is that when writing – academically – about Brexit, it is important to avoid too much ambulance chasing (of the legal consequences of the political car crashes), and to focus on the potentially bigger messages about the character of the European integration project. I have found it possible to do this by focusing my own work on the many ‘citizenship’ consequences of Brexit, given that UK citizens will no longer be EU citizens when the UK leaves the EU, and the EU27 citizens (the citizens of the other Member States) will no longer be treated as EU citizens, but rather as ‘ordinary’ migrants with no special rights in the UK from that date. What does this ‘denial’ of EU citizenship actually mean and what are its consequences in terms of institutional change and individual responses by citizens? Is there a case to compare the Brexit scenario, with its citizenship consequences, with another case where EU citizenship has been ‘denied’, namely the stalled enlargement process that has been occurring in Europe’s south east corner, the Western Balkans? While the UK is ‘shunning’ membership of the EU, although many of its citizens reject this course of action, the states in south east Europe ‘seek’ membership, but are held at bay by a combination of political and economic reasons. Citizens there are unhappy – with their governments and with the EU institutions. It is, perhaps, a strange or even strained comparison to make, but it reminds us that Europeanisation processes are often stalled and hesitant, and rarely unidirectional. Disintegration or refusal of integration can be as important as integration.

Membership of the European Union has mandated the sharing of sovereignty in some areas amongst states, as well as the involvement of supranational institutions endowed with competences protected under the rule-based system of the Treaties. This idea embodies a powerful and neat idea of supranational integration which is rarely completely reflected in practice. Recent years have seen not just the disruptive elements of Brexit and stalled enlargement, but also instances of democratic backsliding amongst the (continuing) Member States, especially Hungary and Poland. In all of these cases, issues of (national) sovereignty have played a role, as the limits of the Union’s inchoate and often contested constitution come clearly into view. We have seen an ebbing and flowing of Europeanisation across the citizenship regimes of the EU itself, as well as those of the current, future and possibly withdrawing Member States. This sounds like a very academic point to make. But the practical consequences are many. There is but a short step from thinking about these ideas as principles such as the rule of law, democracy and fundamental rights to a realization that these questions also involve live issues of inclusion and exclusion across the boundaries of the EU. Real people, real lives, real rights are all affected by these changes.

So that’s why we should write about Brexit.

Jo Shaw holds a part time Professorship within the NSR. She is the Salvesen Chair of European Institutions at the University of Edinburgh.