World of Warcraft (WoW) is among the best-known massively multiplayer online role-playing games (MMORPGs) in the world. Developed and published in 2004 by Blizzard Entertainment, the game has seen eight expansion packs with innumerable changes to its design. The gameplay has become faster and more complex, boss fights harder, and players smarter. But the focus on competition has made the tools used to perform quite overwhelming – and the world itself a glorified lobby.

The evolution of the game is clearest in 5-player dungeons. Originally much less linear endeavors, they were like isolated adventures for a small party. For the past three expansions, a Keystone system has brought timers, dungeon modifiers, and leaderboards into the mix. Keystone level now scales enemy health and damage, naturally setting up a competition, and design has changed to fit the format. You can’t fit a sprawling underground city with a dozen boss fights into a 45-minute time trial.

Player-made tools have grown to accommodate. SimulationCraft, for example, is an application built to model the combat of WoW. Players can optimize their characters through running tens of thousands of simulated encounters with varying equipment and skill builds. 15 000 iterations to find out I should swap my belt. Though often used through the website Raidbots.com, the application itself has been available for much longer.

In the game itself, addons are small, mod-like utilities that add to the user interface. Addons that display instructions and timers in combat near-mandatory for the more difficult content. Comparing damage done by players is often a latching point when things go wrong, even when not the main issue. It is an easy measurement for performance. And while there is little harm in tweaking one’s own game experience, tools used to judge others may be more questionable. Raider.io, for example, is a website and an addon that scores each player on their highest completed Keystone dungeons. This score has become essential for finding people with experience. Common community sentiment is that these tools are an issue; making it harder for new players to find groups, setting up unrealistic expectations, and fostering toxicity. But third-party developers are not the source of the game’s woes. Recently, Blizzard announced a dungeon scoring system, made with the guidance of the makers of Raider.io. And this is not unprecedented. Gearscore, an addon originally used to calculate the power level of a player’s equipment, has long since been integrated as item level. The developers themselves are driving WoW to be more measurable and competitive.

The game is being gamified.

As many players noticed after the release of WoW Classic in 2019, many parts of the game are simply much more complex in the modern version. Raids and dungeons are astronomically harder now than in the past. And as the instanced content of the game has long been regarded as the centerpiece of WoW, the world outside – the MMO – has become more and more of a background piece. Something to do in-between, to waste time, with side activities and minigames. Everything important happens in matches, content separated from the world itself. Tools to vet players are an obvious reaction to the state of the game, a necessary evil.

But players have changed too. WoW Classic players now compete for the fastest raid clears and know the optimal skill builds. High-level characters finish entire dungeons in minutes to boost the experience gain of low-level players. Playing builds outside the meta – the normalized ways you are supposed to play the game – is mocked and laughed at. Just like in modern WoW. Whether the cause is increased access to information, gaming’s popularity, the rise of e-sports and streaming, or something else, gaming seems increasingly competitive as a whole. Blizzard has certainly leaned into these changes. And while competitive games are not lesser, modern WoW barely feels like an MMORPG at all.

All screenshots by the author. 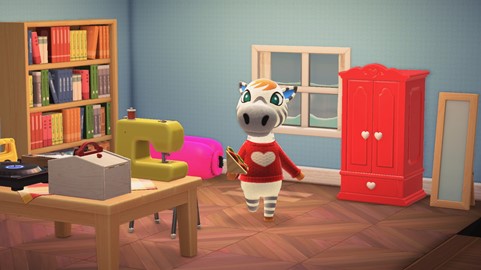