Miles McLeod: A Theoretical Account of Interdisciplinary Collaboration and Its Consequence 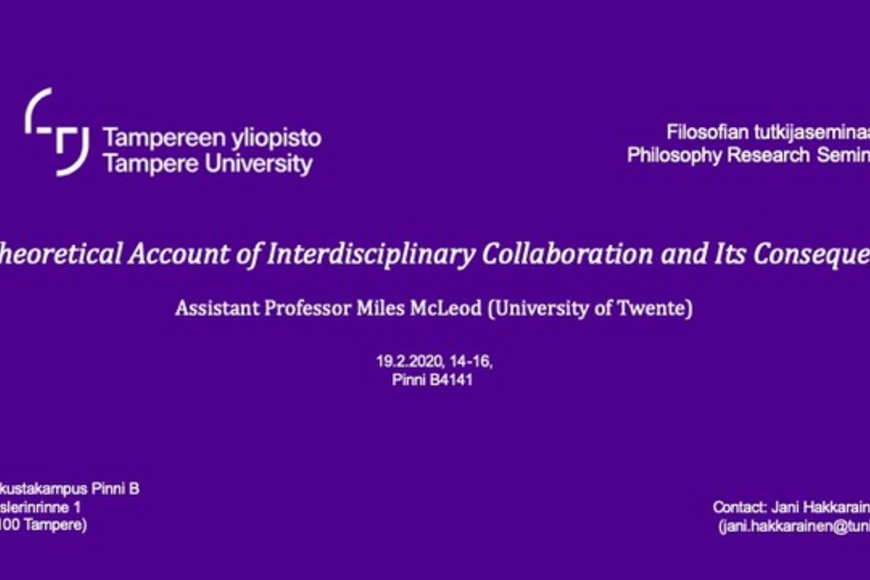 My position is that current interdisciplinary policies fail in these respects in so far as they have not been developed based on deep accounts of scientific practice. Philosophy of science however has developed its own theoretical account of practices and their cognitive structure for other contexts which can be applied to help model collaborative interdisciplinarity and form reasonable expectations about it. These include Chang's systems view of practice, epistemic landscape models of scientific investigation and Humphreys account of model templates. Conjointly these help explain why institutional reforms and incentives often fail to produce the high-level integration policy-makers generally expect, and more fundamentally, to challenge the seemingly unquestioned notion that "collaboration" is somehow the best route to interdisciplinary innovation.