Georg Gangl: Marxist Science Studies: From Hessen to Sohn-Rethel to the Present? 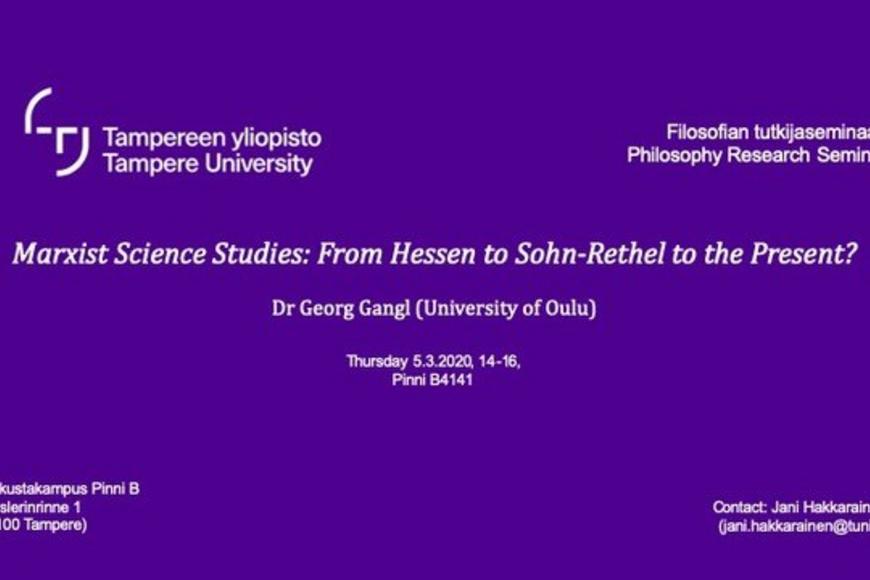 Georg Gangl: In this talk, I will give an overview over Marxist approaches to science and their challenges. These approaches can roughly be divided into two strands: sociological takes on science as an institution, especially in its relation to the functioning and reproduction of capitalist societies, and philosophical approaches about science as a specifically modern way of thinking about and acting on the world (science as a capitalist “Denkform”). Being Marxist in character, both have in common that they see science in one way or another determined by social forces if perhaps on different levels and to different extents.

To show the commonalities and differences of these approaches, I will talk in particular about Boris Hessen’s work on Newton’s Principia from the 1930s, which is often seen as the foundational study of Marxist science studies, and Alfred Sohn-Rethel’s Intellectual and Manual Labour, a central and much discussed work in the Marxist philosophical criticism of modern science from the 1970s. I will end with some reflections on the adequacy of such approaches for understanding and criticizing the complex landscape of science in the beginning of the 21st century.