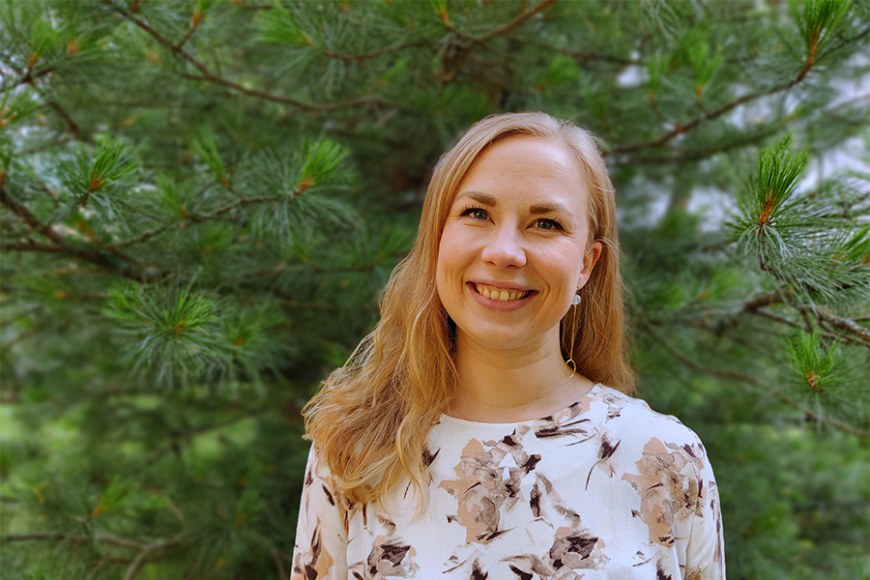 Nitrogen is the fertiliser used in the largest quantity in agriculture. The conversion of nitrogen into a plant-available form, ammonia nitrogen, requires large amounts of fossil energy and generates considerable carbon dioxide emissions. Recycling ammonia nitrogen from wastewaters back to fertiliser use utilising renewable electric energy helps reduce the dependency on fossil fuels and increase the security of supply, reveals M.Sc. (Tech) Veera Koskue in her doctoral dissertation.

Nitrogen gas comprises most of the Earth’s atmosphere and is thereby not considered a limited natural resource. However, the conversion of gaseous nitrogen to ammonia nitrogen depends heavily on the use of fossil fuels, mainly natural gas. As a results, the nitrogen fertiliser industry also generates ca. 1 % of the annual carbon dioxide emissions in the world. To minimise the energy usage and greenhouse gas emissions related to nitrogen fertiliser production, the already existing ammonia nitrogen should be recycled and reused more efficiently.

Up to 30 % of the ammonia nitrogen used as fertilisers ends up in municipal wastewaters, from where it could be recovered using electrochemical methods. In her dissertation, Veera Koskue studied nitrogen recovery from wastewaters electrochemically and by using electricity generated with the help of bacteria.

“The results obtained from laboratory-scale experiments were very promising. With the biologically catalysed method, more than half of the nitrogen in the wastewater was recovered, whereas the recovery efficiency increased to almost 90 % with the purely electrochemical approach. At the same time, the purely electrochemical method without a biological catalyst consumed more electric energy. However, the higher energy consumption facilitated the simultaneous removal of pharmaceutical pollutants from the wastewater”, Koskue explains.

In addition to being beneficial for the environment, nitrogen recycling can prove economically viable in near future. Veera Koskue proves in her doctoral dissertation that nitrogen recovery through electrochemical methods reduces both the aeration energy requirements and chemical additions in the main wastewater treatment line.

At the same time, nitrogen fertiliser prices have been on the rise in recent years, mainly due to the increases in natural gas rates. Fertiliser prices are also dependent on global politics, which has become blatantly clear after the Russian invasion of Ukraine.

“At the moment, ammonia nitrogen is not produced in Finland and most of the needed ammonia has been imported from Russia. The recent political developments have led to increases in nitrogen fertiliser prices and uncertainty about their availability in the future. Recycling ammonia locally would increase the self-sufficiency of the fertiliser industry”, Veera Koskue states.

Veera Koskue originally comes from Lammi, Hämeenlinna. She is currently working as a researcher at the Faculty of Engineering and Natural Sciences at Tampere University, focusing on mitigating the issues related to off-flavour compound production in recirculating aquaculture systems used for fish cultivation.

The doctoral dissertation of M.Sc. (Tech) Veera Koskue in the field of Environmental Engineering titled Nitrogen recovery from digested sewage sludge reject waters using (bio)electroconcentration will be publically examined in the Faculty of Engineering and Natural Sciences at Tampere University at 12:15 PM on Friday 29th of July 2022 in Festia Small Lecture Hall 1 (FA032), Hervanta Campus, Korkeakoulunkatu 8, 33720 Tampere. The Opponent will be Associate Professor Dr. Yifeng Zhang from the Technical University of Denmark (DTU). The Custos will be Associate Professor (tenure track) Marika Kokko from the Faculty of Engineering and Natural Sciences.

The dissertation can be followed remotely via remote connection (Panopto).