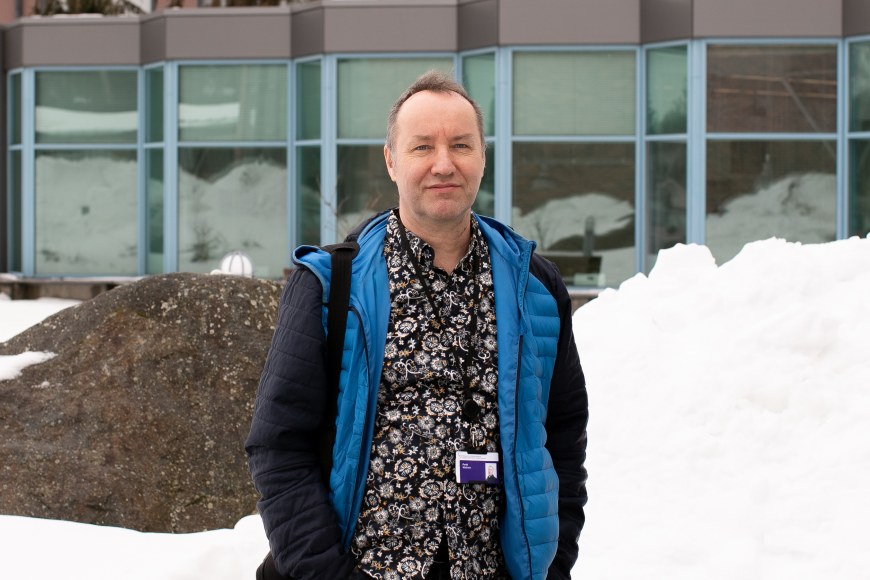 According to Pertti Näränen the cooperation with Yle is proficient, since the Media Education of TAMK has a long history of cooperation with Yle's TV productions for children and youth.
Environmental issues have become topical in Finnish film and television productions. Tampere University of Applied Sciences is a pioneer in promoting sustainable development in the field. TAMK is piloting a new European Albert environmental system in Yle’s TV series for children called ”Pieniä ihmeitä”.

According to Senior Lecturer Pertti Näränen from TAMK’s School of Business and Media, transportations, effects and props of film and TV productions burden the environment.

“The Albert system includes indicators which individual productions can fill in. The system measures all carbon dioxide emissions of content production. Its objective is also to find out what generates emissions,” Näränen tells.

Sustainable development in the spotlight

The cooperation between TAMK and Yle started last autumn when Yle asked TAMK to join piloting of the Albert system. It was agreed that students and two teachers from TAMK participate in the cooperation. The pilot was planned in such a way that a student also makes her thesis on the topic. The aim was to study how well the Albert system works in the Finnish conditions and if it needs to be developed further. The Pieniä ihmeitä drama was chosen as the pilot production.

The Albert system is an indicator of ecological and sustainable development and a certification system for the film and television field. It considers all aspects of the production process from the manuscript to production.

The Albert system offers productions a certification possibility. Certification encourages production companies to decrease their emissions. Companies also have the option to use carbon offsets.

TAMK’s role in production and development

TAMK’s two fourth-year film and television students and a second-year student participate in the filming of the drama in Tampere and user training of the Albert system. They enter data into the system, assist in production and receive credits for their work. Näränen and Producer Outi Söderholm are the TAMK staff members involved.

The filming took place in Tampere in March.

Yle’s Production Manager Pauliina Helenius is writing her thesis on the Albert system. She studies how the sustainable development viewpoint has been considered in production cases.

Helenius will finish her thesis in the spring. She also leads the student team.

Explosions and fires can be produced digitally

Hollywood productions produce the highest emissions at present. Näränen thinks that digital technology is an interesting dimension. It enables digital production of explosions and fires, which is ecological.

“Tampere has international level competence in digital effects. Digital production of ecologically challenging scenes is a great trend. We are going to hear more of the role of Finland and Tampere. Tampere has strong field-related expertise in Finland and later hopefully globally,” Näränen rejoices.

According to Näränen, teachers already consider their productions from the ecological viewpoint.

“We have tried to act resource-wisely or use resources reasonably with a low budget. In the future, we will also use the Albert system in our productions,” Näränen emphasises.

“It is great that measures are planned in the field even if the field of industry is not a large one. The system can naturally be modelled to many other fields,” Näränen adds.

Information on the Albert system: https://wearealbert.org/