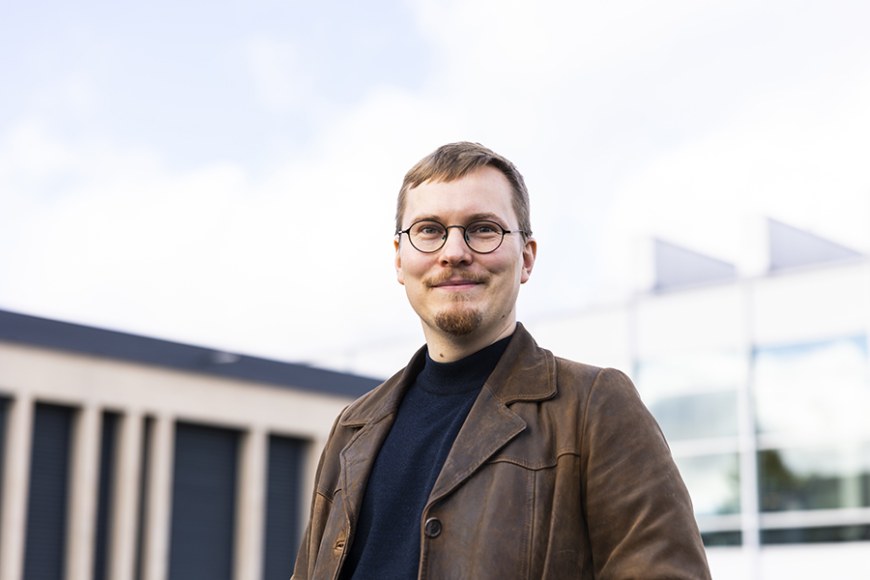 The role of video-mediated interaction, that is, interaction via Skype, Zoom or Facetime, for example, has increased and become more established due to the COVID-19 pandemic. M.Soc.Sc. Sakari Ilomäki's dissertation examines how the participants in interaction repair problems of shared understanding in ongoing activity. These problems can be, for example, ambiguities related to overlapping talk or difficulties in interacting with objects remotely. Special attention is paid to how moments of rupture of understanding are recognised, how shared understanding is being repaired and how video conferencing technology shapes these processes.

“When we talk about problems in video-mediated interaction, attention is often paid to grainy visuals and stuttering sound. Problems of understanding, however, stem from the basic nature of video mediation: in face-to-face, we draw conclusions, for example, about the other person's readiness to end the conversation, from the use of the body in addition to speech. This is not possible in the same way in video calls,” Ilomäki notes.

According to Ilomäki's results, the means of recognising and repairing problems with understanding are fundamentally similar in video-mediated and face-to-face interaction. Unexpected actions, such as not answering a request made by the other participant, can be interpreted as signalling a rupture in the shared understanding. When these ruptures are recognised, the participants try to bring out their own understanding of the current situation or invite the other party to bring out their perspective to the ongoing action.

The study identified two ways of making a perspective available to the other. The first is to explicate one's perspective, for example by asking the other to take the floor after an unclear overlap. The second is the visual demonstration of one's perspective, for example, by showing an object that the problem of understanding concerned. In addition to the fact that these ways are used to make one’s own perspective salient, the other participant can also be invited to use them to bring out their own point of view.

“Invoking another person’s perspective seems to be related to the preparation of one's own actions: to be able to participate in the interaction in a meaningful way, one must understand how the other person understands the ongoing situation. The maintenance of shared understanding is therefore essential for the continuity of interaction,” Ilomäki says.

Interaction is adapted to the possibilities offered by technology

Although the basic mechanisms of maintaining shared understanding are familiar from face-to-face interaction, video mediation technology has its own role in the creation, identification, and repair of problems with understanding. Technical limitations related to video mediation, such as delay or lack of a shared physical space, make it hard to interpret individual actions. This makes it difficult both to maintain a shared understanding and to identify ruptures in interaction. When repairing problems of understanding, people consider what channels the other party have in their use and what type of a problem of understanding is being resolved.

“Demonstration can be used for understanding problems that are related to concrete things, such as objects. On the other hand, more abstract issues, such as the regulation of turn-taking, may require verbal explication. For example, one participant can say “please, go ahead” and gesture towards the camera after unclarity about who should speak next,” Ilomäki elaborates.

The study is based on video recordings of real-life interaction situations. The data were recorded from various encounters within social and health care services. Ilomäki used ethnomethodological conversation analysis as his method.

“In practice, I watched the recordings repeatedly with the help of different conceptual tools and tried to identify the regularities and internal logic of the interactions. The biggest advantage of the method is that it prioritises the participants’ own perspective on the activity, not the researcher's interpretations. In this way, the emergent actions of people in a technology-mediated environment take centre stage, not the classifications made in advance about the characteristics of people or technology,” Ilomäki reflects.

The results have various application possibilities. First, Ilomäki urges us to reflect about how video mediation shapes interaction and what kind of good interaction practices professionals are already using to solve the limitations that technology is bringing. Secondly, Ilomäki hopes that the interaction practices of verbal explications and physical demonstrations will become more common, as they are examples of good professional practices. And thirdly, when developing technology-mediated services, attention should also be paid to the social side of the services, in addition to the technical solutions.

“Interaction and the related social relationships, physical and digital interaction spaces, and objects form a whole in which activities central to the treatment are carried out. In terms of providing good remote care, it is essential that technology enables these activities.”

The doctoral dissertation of M.Soc.Sc. Sakari Ilomäki in the field of Social Psychology titled Distant but present. Rebuilding intersubjectivity in video-mediated interaction will be publicly examined at the Faculty of Social Sciences in Tampere University in the Väinö Linna auditorium of the Linna building (Kalevantie 5, Tampere) on Saturday 3 December 2022 at 12 o’clock. The Opponent will be Professor Christian Licoppe from Paris Institute de Polytechnique, France. The Custos will be Professor Johanna Ruusuvuori from Tampere University’s Faculty of Social Sciences.