Rami Taulu: A Comparison of Drug-Eluting Stent and Intranasal Corticosteroid Spray in the Treatment of Chronic Rhinosinusitis 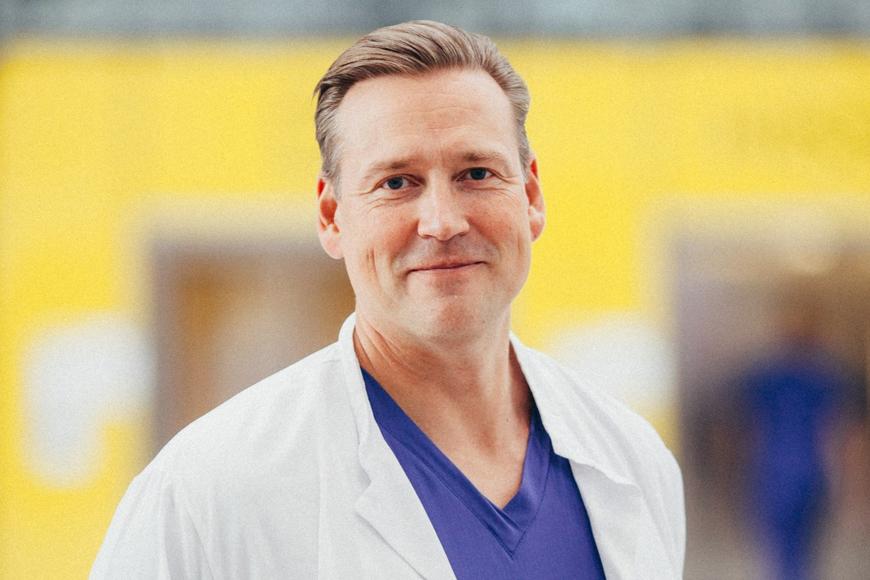 Topical corticosteroid therapy is the first-line treatment of chronic rhinosinusitis (CRS). The topical administration route of nasal sprays or drops often leads to suboptimal drug delivery inside the paranasal sinuses and correspondingly to suboptimal treatment results. The Relieva StratusTM MicroFlow Spacer is a drug- eluting stent (DES) that is temporarily implanted into the ethmoid sinus to provide local and targeted delivery of the corticosteroid to the mucosa in order to relieve symptoms and avoid sinus surgery.

M.D., Specialist Rami Taulu had three aims in his doctoral dissertation. The aim of the prospective, randomised, clinical study was to compare the efficacy and safety of the DES and optimally dosed, regularly used topical intranasal corticosteroid (ICS) spray therapy in patients with CRS. Further, to evaluate whether image-guided navigation (IGS)-assisted DES insertion into the ethmoid sinus would prove to be more useful than fluoroscopic guidance. And finally, to evaluate whether a DES implanted in the ethmoid sinuses can prevent sinus surgery.

Sixty-three adult patients (44 women, 19 men) with ethmoidal involvement in cone beam computed tomography (CBCT) whose first-line medical treatment with topical ICSs had failed and who were candidates for endoscopic sinus surgery (ESS) were randomised into two groups with the following parameters: age, sex, asthma, nasal polyposis, and the use of tobacco.

Patients in the DES group (n=34) received stents filled with 24 mg of triamcinolone acetonide (Kenalog40®) solution on both sides, whereas patients in the nasal spray group (n=29) used triamcinolone acetonide nasal spray (Nasacort® 55ug/dose) 2 doses/day on both sides for six months. The first 13 patients were implanted with DES by using fluoroscopy and the remaining patients underwent IGS-assisted DES insertion. The main outcome variable was the 22 item Sinonasal Outcome Test (SNOT-22). Visual analogue scale (VAS), direct nasal endoscopy, and rhinometric measurements were performed at the beginning of the study, and after three months and six months of follow-up. CBCT imaging of the paranasal sinuses was performed before the therapeutic interventions and at the end of the follow-up period. Patients were followed up prospectively for six months and at 36 months to find out whether they had undergone ESS. A total of 57 patients (DES n=28, nasal spray n=29) were available for analysis at both timepoints.

Both treatment modalities significantly improved quality of the life (QoL) as measured with SNOT-22 score with no significant difference being found between the two groups. The VAS score decreased in both groups – improvements were significant at three and six months in the nasal spray group, but a significant difference was noted only at three months in the DES group. There was a statistically significant increase in total nasal cavity volumes in the ICS spray group, but not in the DES group. No other differences in the mean total resistance in rhinomanometry, endoscopic score or Lund-Mackay staging system score was found between the groups.

There were no immediate or delayed complications or significant adverse effects. The IGS-assisted approach improved the accuracy of the insertion and made it possible to treat precisely the diseased cells identified in preoperative CT imaging.

We found the insertion of the DES easy and safe to perform. Due to radiation protection concerns, the complexity and variability of ethmoidal cavity anatomy and the vital anatomical structures surrounding the ethmoidal cells, we recommend the use of optical IGS in the insertion.

Patients benefitted from both DES and ICS spray and QoL improved in both groups. We could not find any significant difference between the treatments except the greater increase in the total nasal cavity volumes favouring the nasal spray group. In the medium term (6 months), ESS can be prevented by both therapies in almost half of cases. This preventive effect was, however, somewhat diminished in the long term (36 months).

These results emphasise the importance of optimal dosing technique, motivation and regular, long-term administration of topical ICS therapy in the primary treatment of CRS.

Because of the good results for the nasal spray and the much higher material and operating room costs associated with the DES, we cannot recommend the use of the DES over nasal spray as a monotherapeutic treatment for CRS.

The doctoral dissertation of M.D., Specialist Rami Taulu in the field of otorhinolaryngology titled A Comparison of Drug-Eluting Stent and Intranasal Corticosteroid Spray in the Treatment of Chronic Rhinosinusitis will be publicly examined at the Faculty of Medicine and Health Technology of Tampere University at 12 o'clock on Friday 27 November, 2020. The venue is Arvo building auditorium F114, address: Arvo Ylpön katu 34. Professor Olli-Pekka Alho from University of Oulu will be the opponent while Professor Markus Rautiainen will act as the custos.

The amount of participants in the event is limited because of the pandemic situation. The event can also be followed via remote connection. Please register at rami.taulu [at] gmail.com.