New study investigates the impact of epigenetic changes on diseases 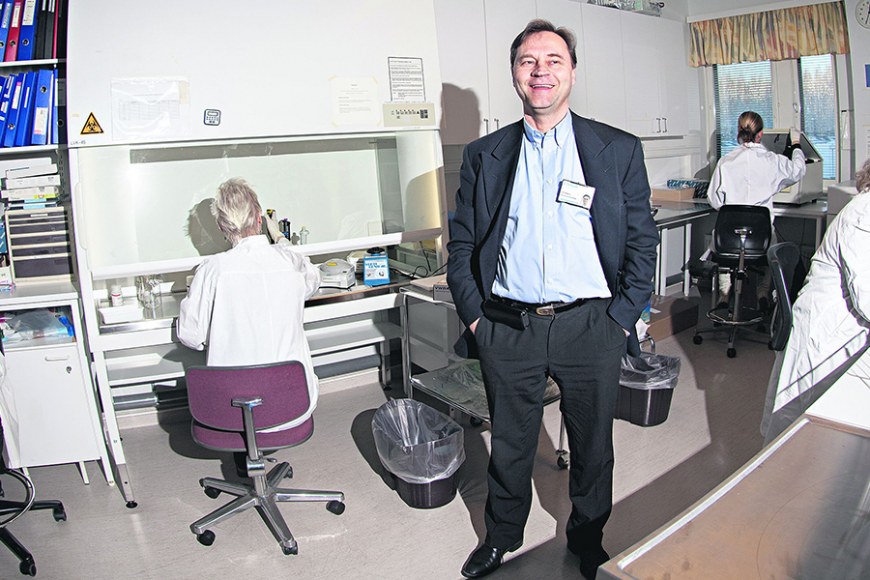 Professor Terho Lehtimäki’s research group studies the intra- and intergenerational inheritance of epigenetic profiles and the possible risk of cardiovascular diseases those profiles convey to the next generation.
A rare study is beginning at Tampere University. The research group led by Professor of Clinical Chemistry Terho Lehtimäki is exploring the persistence and inheritance of epigenetic memory in relation to abnormal glucose metabolism, type 2 diabetes, and the risk of cardiovascular diseases. The researchers use data from the Young Finns Study, which has been gathered for more than 40 years and contains follow-up data on children and adolescents’ risk factors of cardiovascular diseases.

“We aim to increase understanding on the mediating capacity of epigenetic changes on the long-standing accumulating risk of cardiovascular disease and type 2 diabetes,” Lehtimäki says.

The epigenetic level is a functional and environmentally prone level of genetic material encoded in the genome, the repository of the entire human DNA. People’s lifestyles and the environment shape the epigenome and risk of illnesses through life.

“Changes in genomic activity caused by DNA methylation in childhood can appear in adulthood, among other things, as differences in fat and sugar metabolism, and may contribute to explaining the risk of developing diabetes and cardiovascular disease,” Lehtimäki explains.

“For example, metabolic stress during pregnancy has been shown to cause epigenetic changes in the offspring that expose them to type 2 diabetes in adulthood,” Lehtimäki adds.

Animal testing has provided clues that this type of heredity may affect even the third generation.

Epigenetics may explain what DNA cannot

In evolution, the mechanisms of the more environmentally sensitive epigenome have allowed adaptation to the changing circumstances faster than the changes brought about by DNA mutations.

“Epigenetic heritability could explain the part of the heritability of human cardiovascular disease and diabetes that cannot be explained by changes in the DNA base sequence alone,” Lehtimäki says.

“If the parents’ weight and sugar metabolism disorders modulate the epigenetic molecular profiles of their offspring in a way that conveys the risk for diabetes, our hypothesis would suggest that every generation is at a greater risk than their parents for diabetes and cardiovascular disease," Lehtimäki adds.

“In our study, we utilise the Young Finns follow-up study on the cardiovascular risk of Finnish children and adolescents, which has been ongoing for more than 40 years. We have examined the persistence, dynamics and inheritance of DNA methylation profiles and miRNA expression in three generations.

The study is enabled by the availability of a series of samples from the lifespan of an individual, including childhood and adolescence, as well as samples from the offspring of the participants in the study.

“We are also analysing the link between the risk factors of classical cardiovascular diseases and their relation to epigenetic profiles,” Lehtimäki says.

In addition, the study examines the survival of epigenetic profiles over lifetime, and from one generation to the next, as well as whether these profiles can convey the risk of cardiovascular disease to the next generation.

The Research Council for Biosciences, Health and Environment of Academy of Finland funds Lehtimäki's project with nearly €500,000. The four-year study will begin in September