Mika Perkiömäki: The environmental concern of Russian literature connects to the well-being of rivers 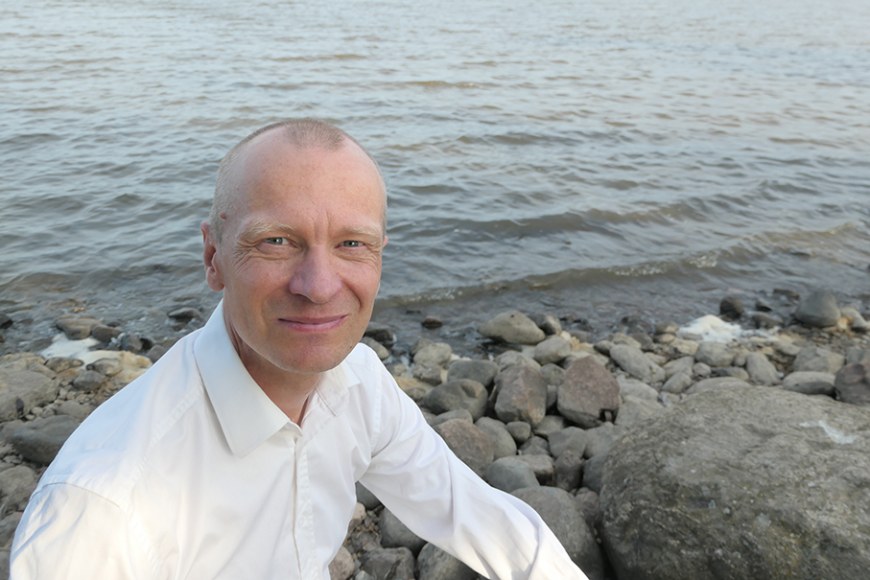 Great rivers traverse the vast Russian lands and direct human life in Russia. Most of Russia's land area is unfavourable to human settlement, and human life is possible only thanks to rivers. All the major Russian cities are located on the banks of a river, and the Siberian villages have settled there as well. Thus, the rivers are culturally very significant for Russia. They appear in mythology and folklore as well as Russian literature from the Middle Ages to the present day.

Perkiömäki's dissertation opens the interconnections of the river with Russian literature, Russian environmental history and Russian environmental thinking. The work examines the river and river landscapes imagined by Russian natural philosophical prose of the 1970s–1990s. Literary works inscribe and imagine the river, producing spaces that intersect with physical geography. By imagined riverography, Perkiömäki refers to the whole of these spaces. He studied autobiographical works of three Siberian so-called village prose writers: Viktor Astafev, Valentin Rasputin and Sergei Zalygin, as well as Academician Dmitrii Lihachëv’s essays on the ecology of culture. Perkiömäki also explored the similarities and differences between the Russian environmental philosophical debate and the corresponding international discourse.

Soviet literature handled many environmental problems similarly to Western literature. Rasputin’s works of the 1970s, for example, handle the effects of large hydropower projects from the perspective of the people who were forced to move away from the river similarly to later North American literature. Zalygin approaches the exploitation of the river for human purposes through the concept of the noosphere, which was developed in the Soviet Union already in the 1930s. The noosphere refers to the modern times as a period, when human activity leaves a permanent imprint on the Earth’s geology. It is reminiscent of the concept of the Anthropocene, the human epoch, which is popular in the international scientific community of the twenty-first century. These environmental problems still remain to be solved. The latest Russian literature has had to return to the same issues as the village prose of the 1970s, as construction works of hydropower plants that were left unfinished in the Soviet Union are being continued.

“Despite this difference, the shared environmental anxiety resulted in similar phenomena in the environmental literatures of different spheres”, Perkiömäki remarks.

The doctoral dissertation of Master of Arts Mika Perkiömäki in the field of Russian language and culture titled Imagined Riverography of Late Twentieth-Century Russian Prose will be publicly examined in the Faculty of Information Technology and Communication Sciences of Tampere University at 15 o’clock on Friday 27 of August 2021. The venue is Pinni B building auditorium 1096, address: Kanslerinrinne 1, City centre campus. Associate Professor Alexander Hugh Brookes from Memorial University of Newfoundland will be the opponent while Professor Emerita Arja Rosenholm from the Faculty of Information Technology and Communication Sciences will act as the custos.