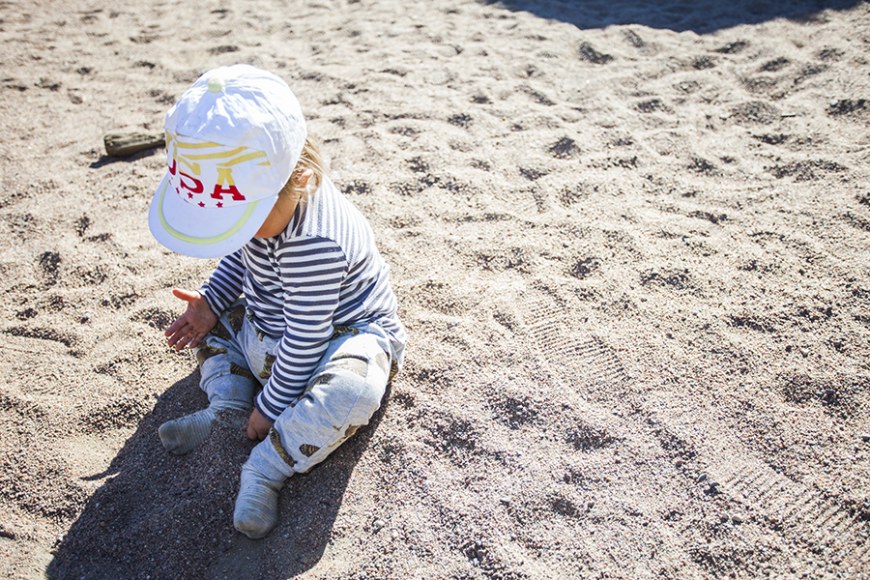 Hundreds of studies on children authored by approximately 200 researchers were found.

Researchers from different fields compiled wide-ranging data on hundreds of studies on children, young people and families with children conducted by about 200 Finnish researchers. The information will be used to build a knowledge base for the drafting of the National Strategy for Children 2040. In March, the researchers presented the results of their work to the Ministry of Social Affairs and Health and the Ministry of Education and Culture in March.

“This is significant work on the national level. It has also been a very enlightening endeavour to me personally because it has been so interesting to see how much research knowledge we already have,” says Kirsti Karila, professor of early childhood education at Tampere University.

Karila is a member of the group of researchers led by Jouni Välijärvi, which was formed last autumn to gather scientific knowledge on children, young people and families with children. The compilation of relevant research is a part of the wider material that is gathered for the steering group in the strategy work.

The material includes a wide variety of studies from different disciplines and universities in Finland. Because the new strategy is envisioned to cover children’s lives from new-borns to 18-year-olds, a broad concept of childhood was used, which meant that studies on children, young people and families with children were included.

“At Tampere University, we have scientific knowledge on the well-being and health of children, child poverty, and the inclusion and participation of children. Our researchers have also studied unaccompanied migrant children, changing families and fatherhood, living in more than one home, and challenging family situations. The topics have also included early childhood education and schools as places for children and young people. We have so much information,” Karila explains.

The loneliness of children and young people that repeatedly came up in the data took Karila by surprise.

There were several studies that highlighted loneliness produced by various social structures and cultural practices.

Regional differences are an aspect that Karila has found problematic in her own studies as it prevents children, young people and families with children from having an equal scope of action everywhere in the country.

Karila points out that this extensive compilation of research covers several fields of science and even the same discipline does not give just one answer. Sometimes the interpretations of researchers within the same field may compete with one another.

Birth rates are declining and the climate change looms large

The declining birth rate is an inevitable topic in the period that will be covered by the strategy.

“The public debate simplifies this phenomenon. Research would offer a more nuanced picture, because all agree that something needs to be done,” Karila says.

Questions around reconciling work and family life and trust in the service provision also play an important role.

Karila says that birth rates have also declined in those families that already have several children. The third and fourth children in these families do not get to be born.

The child and family friendliness of working life is important from the birth rate perspective. Opportunities to reconcile working and family, the increase of short-term work and the insecurity of employment relationships are issues each young employee faces.

The Finnish family leave reform did not succeed in the term of office of the current government even though the parties ensured that they were eager to reach an agreement. One of the controversies concerned home care and the home care allowance.

Karila says that in the compilation of research that is background work for the national strategy, researchers do not take a stand on how the family leave reform should be carried out. Politicians should draw the political conclusions.

“That depends on the study. If we analyse the effects of certain policy decisions in a particular research design, we may conclude that on the basis of that study, the political solutions are likely to produce this and that behaviour and outcomes.
Using wide-ranging meta-analyses, we may also compile knowledge that is produced by various studies conducted in different environments and use it in political decision-making,” Karila says.

The public debate may get side-tracked

On the basis of her own research, Karila has also made concrete proposals, one of which concerns extending preschool education from six-year olds to five-year-olds. The public debate has not always been pleasant, even though Karila is a seasoned public debater and influencer.

“I have followed the public debate on the two-year preschool education with trepidation. It has not reached the depths it should have or taken into account the circumstances when such a solution makes sense and when it may even deteriorate the children’s quality of life,” Karila says.

According to Karila, preschool education for five-year-olds is not a sensible solution if it does not take into account children’s need for full-time day care in a high-quality environment. The system will not work if children’s days are split into pieces spent at different places.

“That there is room for few parallel issues in the political debate is always a challenge. From researchers, that requires the time and stamina to write a policy brief or a statement on one’s most recent research results with the intention of having an impact on the public debate,” Karila says.

National Strategy for Children 2040 on the Ministry of Social Affairs and Health’s website.